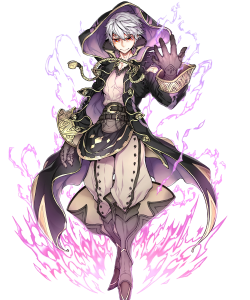 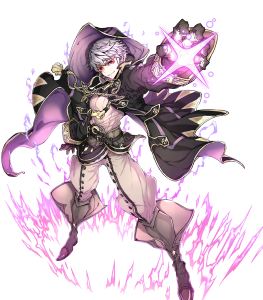 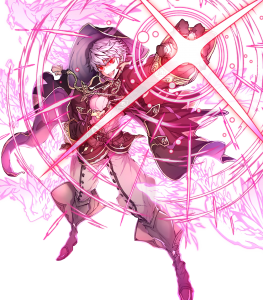 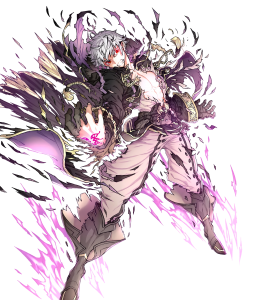 Grima Offers You His Protection (Near Save Bodyguard)

Robin had the highest Atk stat of any unit in the game at the time of his release. Years later, 40 base Atk is still quite high and can allow him to one-hit KO many units with the right build, particularly blue units.

Robin has high HP and Def and decent Res, allowing him to take many hits well.

Armored units and dragons have many powerful exclusive skill options such as Dragon’s Ire and A/D Near Save, many of which Robin can use well.

Distant Counter is a crucial part of many tanks’ skill sets, and Robin has it built into his unique weapon, allowing him to freely choose another A skill. In addition to the Distant Counter effect, Expiration also boosts all of Robin’s stats by 4 and inflicts Special charge -1 on foe while he is above 25% HP.

Effective damage is the downfall of many tanks, and Robin is unfortunately saddled with two separate type weaknesses as an armored dragon. He will take massive damage from most units with armor- or dragon-effective weapons, which there are many of.

Under normal circumstances armors can only move one tile, which can make some tactical maneuvers with Robin rather difficult; he may find it hard to get into an ideal position, initiate combat on the correct unit, or retreat out of range of a unit that can beat him. This can be mitigated somewhat with team composition and mobility-boosting skills like Armor March or Guidance.

Robin’s poor base Spd of 24 means he will be doubled by most units that are even moderately fast, unless it is patched up somehow through skills, team support, or an effect that prevents doubles like Wary Fighter. This can sometimes be a positive in combat with units that do very little damage to Robin, since it can allow him to gain additional charge for his special.

While Expiration does give Robin a somewhat unique niche, there are other armored units with strong abilities he lacks, and who lack weaknesses he has, such as Fallen Edelgard or Brave Hector. Depending on the other units the player has available, he may be a less appealing option, especially for rare skills like A/R Far Save or Dragon’s Ire.

Seeing as it’s been a long time since anyone’s submitted a build of Grima, I might as well toss my hat into the mix here.
This build in particular is coupled with the following:
+Atk asset, max merges, max Dragonflowers and Summoner Support
Even with a base statline, Grima becomes a total nightmare with this build. The extra defenses he gets from Fort. Def/Res fix up his somewhat outdated stats, and make dragon/armourslayers much less of a problem than they normally would be for him. He loses two points of Atk in the process, though, so a +Atk asset is recommended to patch that issue up, but you can also opt for +Def or +Res to make him a stronger defensive wall, or if you’re feeling particularly risky, a +HP asset can create fantastic synergy with the Mystic Boost seal, ensuring he always stays in Special Fighter range.
Speaking of Special Fighter, Grima may sacrifice his doubling ability at the time of writing (as we don’t know what his refine will look like yet), but granting him the Breath Special cooldown AND Guard effects at 50% HP or higher is a worthy tradeoff. It enables him to survive many more rounds of combat than he would otherwise with any other Fighter skill, and works better than Crafty Fighter since Grima can still run an effective dual phase with it without having to relegate his Guard effect to just one phase, while also firing off Specials every single round. If you give him a +Spd asset, Special Fighter can yield total devastation with buff stacking, allowing him to fulfill the role of a supertank excellently, especially when combined with the aforementioned Fort. Def/Res.
With the arrival of Save skills for armours, A/R Far Save is chosen specifically for Grima to defend any refreshers, supports, and other allies from any ranged foes. With it, not only does his monstrous Atk stat get boosted, but so does his already ludicrous Res, allowing him to serve as an exceptional mixed tank who can even counter a majority of ranged units with effective weaponry. Just be wary of high Res units who run Mystic Boost, however; those negate a dragon’s damage calculation trait. If you have D/R or A/D Near Save, you can also opt to make him a close range defender instead if it suits you fancy.
As for the Special, Aether is chosen for sustainability with Mystic Boost to ensure that Grima nukes the opposition and refuses to die in the process. If you couple that with support from Flayn’s staff, reducing 30% of damage on top of all the healing will make Grima nigh impossible to kill. If you prefer a quicker Special cooldown, though, Glimmer and Moonbow are great procs, but Ignis is also helpful for nuking.
Swap is set as the assist to bait units out, particularly ranged ones, but if you want to go for something else, you can choose whatever assist you want. In short, it’s basically a free slot regarding this build, but Swap is my personal recommendation.
Finally, we have the crown jewel of the build that makes it all flow together - the Mystic Boost seal. Not only does it heal Grima by 6 HP after every battle, but it also disables any effects that target the lower of his defenses, making him effective against units like Annette who specialize at that. Couple that with Special Fighter and a healing Special, and you have a Grima who will almost always stay in Special Fighter range, obliterating everything in his path and defending his allies while he’s at it.
To summarize, this build breathes new life into the Fell Dragon, deterring from the ol’ reliable Bold Fighter Quick Riposte seal set and blowing expectations out of the water. It’s even fairly effective against some of the strongest meta units, such as Fallen Edelgard for instance, so fret not of its viability. What his refine will bring to the table, only time will tell, but one thing I can tell you is, trust in this build, and Grima will have your foes running for the hills like he used to back when he first descended upon the meta.

The point of this build is to utilize Dragon Wall, which can be very potent if used correctly. While Robins Res isn't amazing, it can be improved with the skills used in this set. An Atk boon also works. I have been fooling around with this build and it's crazy how few opponents can take Grima down.

A few reasons why robin is an amazing mixed phase bruiser;
• Incredibly High Attack stat
• DC weapon, allowing him to run a solo skill to massively boost his attack and Res
• Great defenses
• Access to Armor follow up skills and buffs

He’s not perfect considering his 1 space movement, and weaknesses to Falchions/Naga Tomes, but on a team with someone like Duo Ephraim and Seliph, their powers could be amazing

So what do you get when you cross male Grima's arena build with some higher end Premium fooder? A very competent enemy phase build that serves him well enough on all of his teams, allowing him to slot into the role of main tank just fine. Of course for the most part he can fit into any team composition with this build and that's what makes it so appealing. Of course there are some draw backs, Fallen Robin M will need to be kept in top health to allow him to get the best positioning and he can still get overwhelmed by enemies- not often but enough to be a significant issue when fielding him. Otherwise he is fairly good for the most part.