Community Posts with Keyword Edelgard All 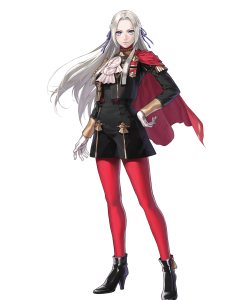 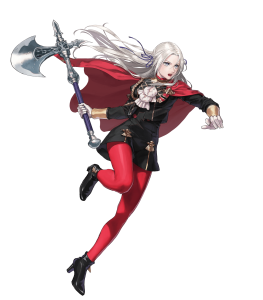 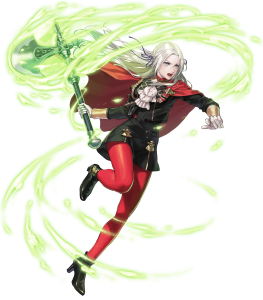 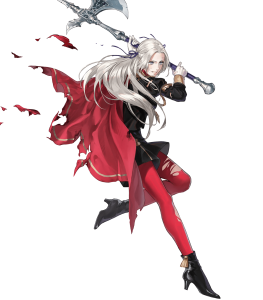 Edelgard is a powerful axe infantry hero with an aggressive playstyle where she excels in the heat of battle away from other allied heroes. Her key skill is her unique weapon, the Victorious Axe, which improves her Special charge and allows Edelgard to deal follow-up attacks more reliably than with her middling Speed. This is dependent on Edelgard’s positioning however: the number of nearby enemies must exceed the number of allies, meaning that Edelgard can take great advantage from additional actions granted by Galeforce or refresher heroes to distance herself from teammates.

Edelgard’s base stats suit this role nicely: with an overwhelming Attack stat and respectable Defense and HP, Edelgard is a durable frontline fighter who can deliver powerful attacks in addition to resisting enemy attacks. Her Speed leaves her somewhat vulnerable to enemy follow-up attacks, but her greatest weakness is her poor Resistance. Edelgard must avoid heroes who can deal magical damage, as these opponents pose the largest threat.

Overall, Edelgard is a formidable fighter. Though she depends on keeping her distance from other allied fighters, her sheer offensive power, impressive Defense and access to powerful skills sculpts Edelgard into a powerful physical hero.

“We have no choice but to eliminate those who cling to unreasonable ideas of justice.”

Edelgard’s playstyle revolves around two key stats: Attack and Defense. Fortunately she boasts impressive base 39 Attack and 37 Defense, allowing Edelgard to perform admirably as a frontline bruiser. With complementary skills to further improve these stats, Edelgard can deal immense damage with her fantastic Attack stat and powerful Defense-based Specials, while shrugging off physical attacks.

The Victorious Axe allows Edelgard to make follow-up attacks without relying on her middling base Speed. This effect depends on Edelgard’s position in relation to her allies and enemy heroes and ensuring that Edelgard meets this requirement is a must.

Edelgard’s major weakness is her poor base Resistance of 21. As Edelgard is unlikely to improve this value with her skills, Edelgard should be wary of picking fights against dragon heroes, and ensure she remains out of the attack range of enemy mages.

As the Victorious Axe demands Edelgard stay away from her allies, she can be a difficult hero to buff with any skills that require adjacency. Though Edelgard can excel with refresher support, skills like Hone, Fortify or Wave will not aid her, and may impede her combat ability and skills like Atk/Def Rouse.