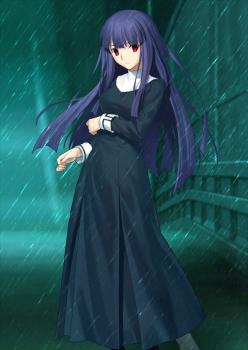 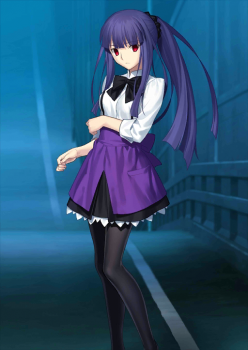 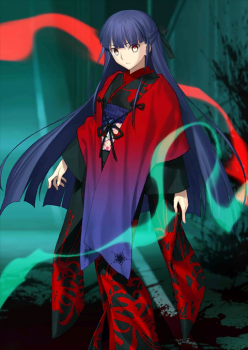 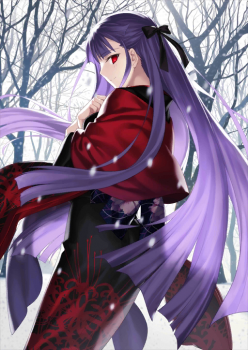 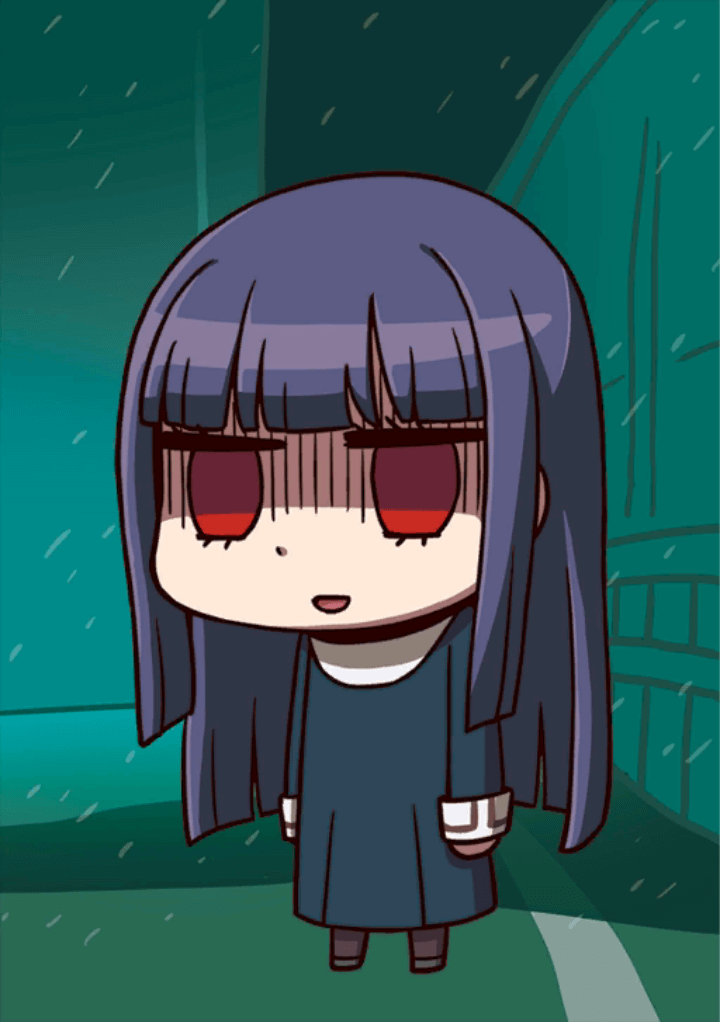 Apply Sure Hit to self (3 turns).
Gain Critical Stars.

Remaining Sense of Pain A

When equipped on Asagami Fujino,
Increase all allies' Arts Card & Buster Card effectiveness by 10% when she is on the field.

“If I try to focus on something, it would appear as if it was drawn on a piece of paper. Then finally, I pick up that 'paper' and start folding it.”

A wielder of the ‘Mystic Eyes of Distortion’, Asagami Fujino is an Archer-class Servant featured in the Kara no Kyoukai/the Garden of Order [Revival] event, whose kit boasts various utilities as well as high survivability, with a Buster-type single-target NP as her primary source of damage.

The most notable part of Fujino’s kit is the three utility tools it contains, namely defense ignore from Mystic Eyes of Distortion (Skill), sure hit from Clairvoyance (Darkness), and a buff block from Yuishiki - Waikyoku no Magan. Skillful use of these tools allows her to bypass the gimmicks of various bosses, making her an excellent choice for difficult quests. Added to this are her impressive survivability — courtesy of Residual Pain and her NP’s attack down debuff — as well as the natural critical compatibility of her Archer class. The latter, combined with Mystic Eyes of Distortion’s NP gain buff and Territory Creation B, improve on her NP gain and bringing it up to above average levels.

Asagami Fujino, however, has one major weakness, and that is an issue of availability, which will be covered further below. As for her kit itself, while Residual Pain’s damage reduction works very well against normal hits and comes with a 1-HP Guts, Fujino is still highly vulnerable to enemy bosses’ heavy-hitting criticals and NPs. Her NP Damage is also lower than might be expected, owing to her lower-magnitude damage boost (though it lasts for 3 turns) and unupgraded NP.

Overlooking her low availability, Fujino is a very survivable Archer damage dealer who fares well against the gimmicks often found in difficult quests. Barring the most heavy of assaults, she generally requires only a small amount of healing support to sustain herself, and careful utilization of her tools can save Masters a lot of effort when facing gimmick-heavy bosses.

Mystic Eyes of Distortion’s ignore defense and Clairvoyance (Darkness)’s sure hit together already allow Fujino to bypass half of the defensive measures available in-game, but her NP’s buff block brings her utility to another level. When used under the right timing (which is rather easy owing to its 3-turn duration), it can potentially deny powerful effects such as damage boosts, invincibility/evasion, as well as invincibility ignore/sure hit.

Despite Residual Pain’s 2000 Max HP demerit, its damage reducing effect more than makes up for it. With a 60% uptime at max skill level, it effectively nullifies the damage of most enemy mobs, and with a bit of external defense buffs (along with possibly Yuishiki - Waikyoku no Magan’s attack down debuff), she can even shrug off bosses’ attacks with little problem. Additionally, the skill’s Guts effect provides an extra layer of protection should something go wrong.

While Fujino’s base NP gain is nothing out of the ordinary, she possesses two boosts in the form of Mystic Eyes of Distortion’s NP gain buff and Territory Creation’s Arts performance buff. Furthermore, as an Archer, she comes with a naturally high Star Weight, and through Clairvoyance (Darkness), she is even able to provide her own stars should the situation call for it. This critical compatibility not only improves her NP gain, but also her overall damage.

At the time of writing, she has not had a second banner even in the Japanese version of the game. This means that Masters seeking to maximize her NP level can only do so within a limited amount of period, hampering her long-term value in comparison to her peers.

Fujino’s flat damage reduction is a type of buff which works best against weaker attacks, but high damaging hits such as NPs turn it next to useless. Despite having a 1-HP Guts to help, it is generally still the best idea to bring along a defensive support to handle such attacks.

Aside from the aforementioned low availability, Fujino’s lower Buster performance buff (35% against the normal 50%) makes her NP hit a bit weaker compared to other Servants, though being a single-target NP, this is generally not an issue against most enemies. It should be noted, however, that the damage boost lies on the same skill as her NP gain buff, which means that some amount of prior planning may be required before using it (though their 3-turn duration generally makes this an easy task).

Fujino’s first and third skills are very strong, and should be maxed as soon as possible. Meanwhile, her second can generally be left at a lower level, though leveling it is still ideal to increase her critical consistency.

While Fujino’s NP gain is far from being bad, she still lacks an instant NP charge of her own; as such, Starting NP Gauge CEs will generally be her go-to pick, ensuring the availability of Mystic Eyes of Distortion for her NP turn. Otherwise, she is best equipped with damage boosting CEs, such as those with NP Damage Up, Attack Up, or Buster Performance Up.