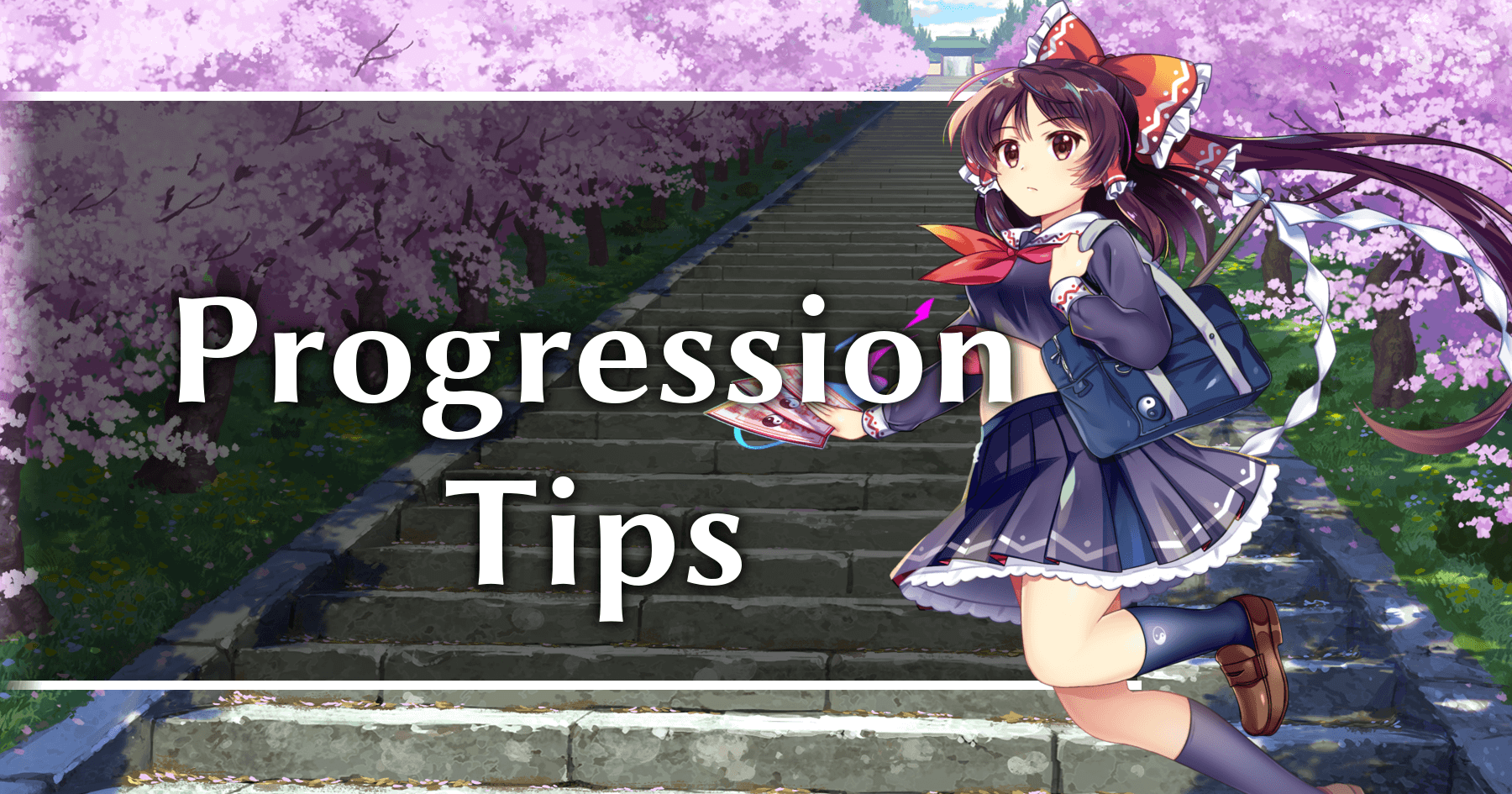 Your major goal is going to be to level up an AoE attacker of choice (likely Youmu or Reimu, but Marisa will also suffice) before the first event. Prioritize dumping assets into them, and use your Paper Dolls on them to unlock their Last Word ASAP if it’s AoE (as a reminder, it takes four Paper Dolls (minus any duplicate copies you pull) to unlock a Friend’s Last Word).

A word of warning: Marisa starts off strong, but falls off quickly so avoid over-investing into her (don’t give her dupe dolls or rare mats) unless you really like Marisa.

Avoid spending tokens until after the first event lands and you have a better idea of who you want to spend resources on. In general, be cautious about spending them, as they are the second most limited resource.

Dupe dolls should also be used sparingly, and should be saved starting out for the most powerful farming units (for most people this means Youmu or Reimu).

Avoid investing into Tank and Healer type units early on, such as Daiyousei, unless you love them a whole lot/run out of other places to invest. It will be some time until they’re useful. Reimu is the sole exception as her Last Word is very useful for farming.

The rewards you get from higher difficulties is very marginal vs the time required - LostWord is a marathon, not a sprint, so focus on farming the highest difficulty you can defeat in the minimum amount of turns possible.

Make sure to do your daily and weekly missions - they provide an abundance of resources, especially weekly missions, which provide the precious dupe doll resource.

Try not to spread your resources thin when starting out - the sooner you get a core few farmer units up and running, the easier and quicker it will be to get the rest of your units on par.

A large portion of your overall resources are going to come from events - so try not to burn yourself out farming outside of them.

Coins are an important part of the LostWord Economy, necessary for every single operation. But with the paltry amount of coins earned from most stages, what's the best way to maximize coinage?