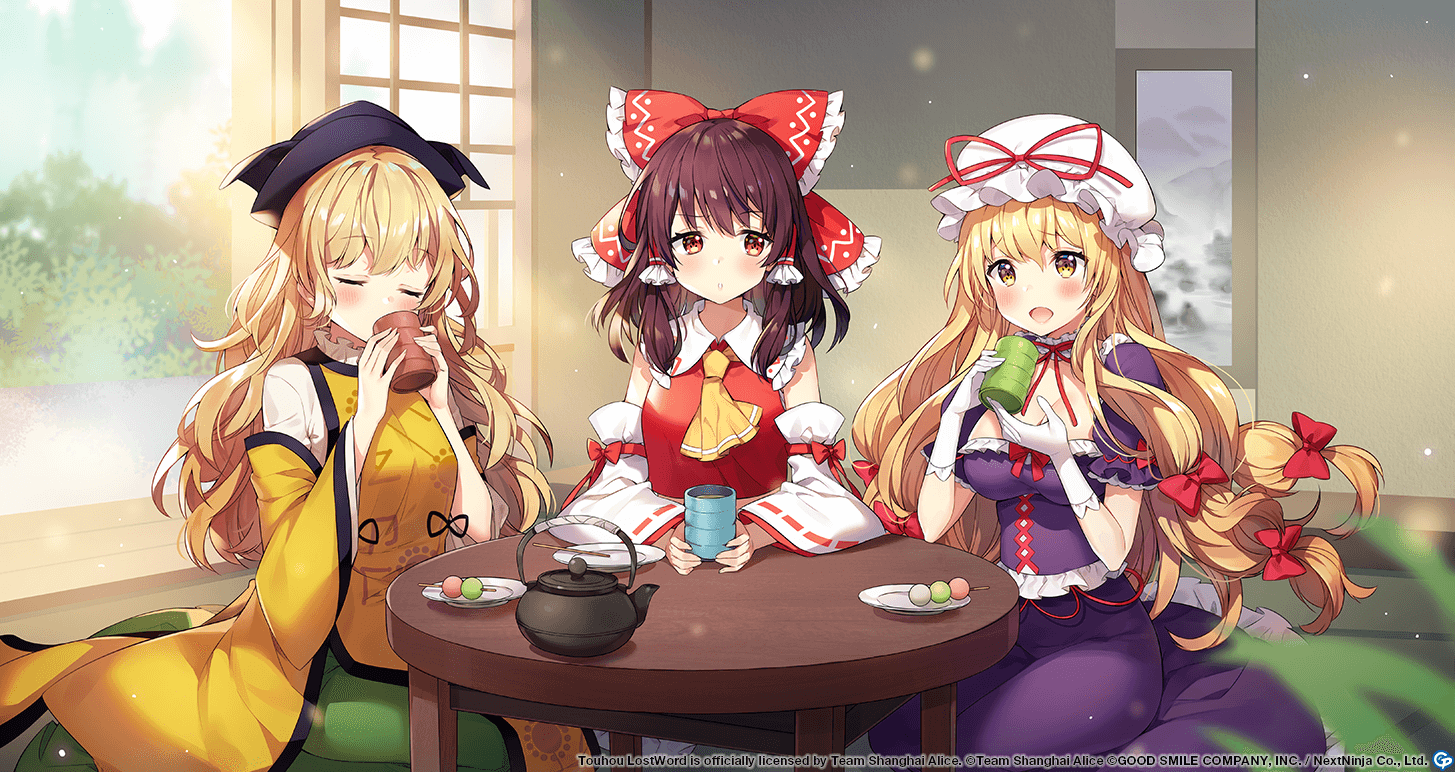 Story 1
Okina Matara is one of the sages who created Gensokyo. She also caused an incident to occur in the past. Even though she is a secret god, it's not as if she's in hiding. She claims to be a multi-faceted god, but she has come to Gensokyo this time as an earth mother goddess.
Story 2
Reimu Hakurei is the Hakurei shrine maiden who fights to resolve incidents. Each time she resolves one of the various incidents, she gains a tea-drinking buddy in the form of the powerful perpetrator who caused the incident in the first place. It's fair to say that she is quite the strange girl. She often engages in battles of bullets, even with the likes of Okina and Yukari.
Story 3
Yukari Yakumo is a sage and the oldest youkai in Gensokyo. She is friends with Okina and treats Reimu like her little sister. (Reimu once said that she was more like her mom but was quickly silenced by Yukari's smile.) She left all her duties to Ran today, so she could relax and enjoy a cup of green tea with her friend and sister.
Story 4
Okina said that she came to The Steps to Achieve Fairyhood?! event to celebrate the children's growth, as an earth mother goddess is one of her many divine aspects. An earth mother goddess is the deification of the earth's vitality and fertility. They are sometimes referred to as the Heavenly Mother or Mother Earth. It makes sense that such a goddess would come to praise the achievements of fairies, who are manifestations of nature's life energy.
Story 5
Why did Okina and the others test the fairies? One possible explanation is that they did this to help safeguard Gensokyo against any Lost Word incidents that are likely to occur in the future. But before they thought up any tests, they drank some tea and rested for a while...