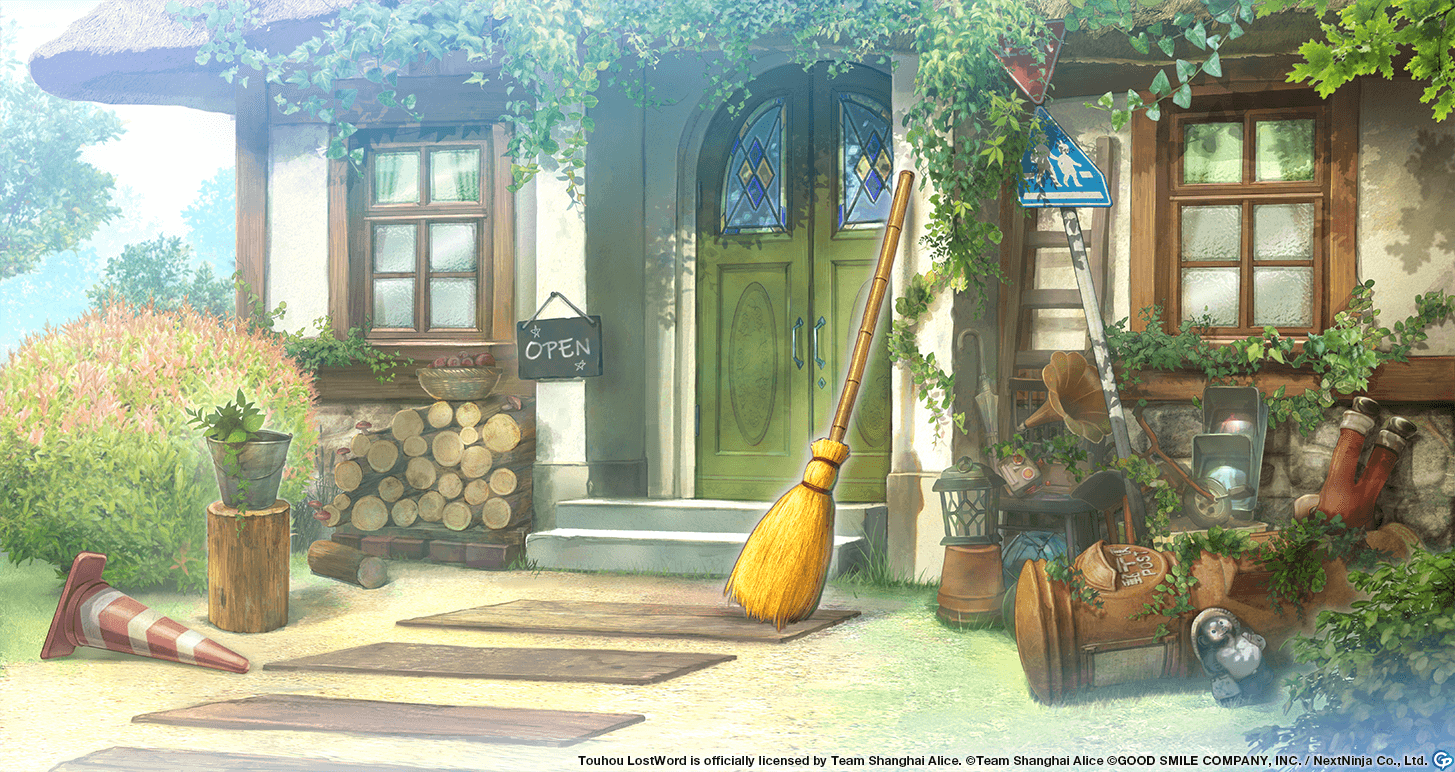 Story 1
If asked to imagine a witch or magician from a fairy tale, many would probably imagine a broom as well. The regular magician Marisa loves her broom and uses it to fly.
Story 2
This broom has the mysterious ability to make its rider feel like they are flying like a magician does. They can even use magic! ...Or at least, they feel like they could.
Story 3
If you take this broom with you to Hakurei Shrine, the shrine maiden there might mistake it for a regular cleaning tool, even though brooms are essential items for magicians...
Story 4
There are many magicians in Gensokyo, but not everyone has a broom. This is because those belonging to the species of magician do not actually need a broom.
Story 5
Perhaps Marisa loves her broom so much because it brings her closer to the image she has of a magician. That would also explain her black outfit and hat, as well as how she always uses her broom to fly.

Memories of the Lunar Sea Mystic Code skill rate oddity
So while leveling up this Mystic Code Ive noticed that its third skill ‘Punishment’…
Busti's Stall Diary Chapter #518 : Yes I am Your Maid But You Have to Serve Me
Source Source Source Source Source 1472 posts - 49 participants …
On the game's old files
My phone was acting up, so I was clearing up some space. As I was, I looked and saw…
Regarding SE.RA.PH. quests availability after the event
Once the current event ends, I get that the main interlude quests will be added to the…
Is np1 fran a good aoe ? Answer needed asap. Thanks
On my alt, I have a lv70 spartacus, and lv80 maou for my neutral farming, but maou…
Read More