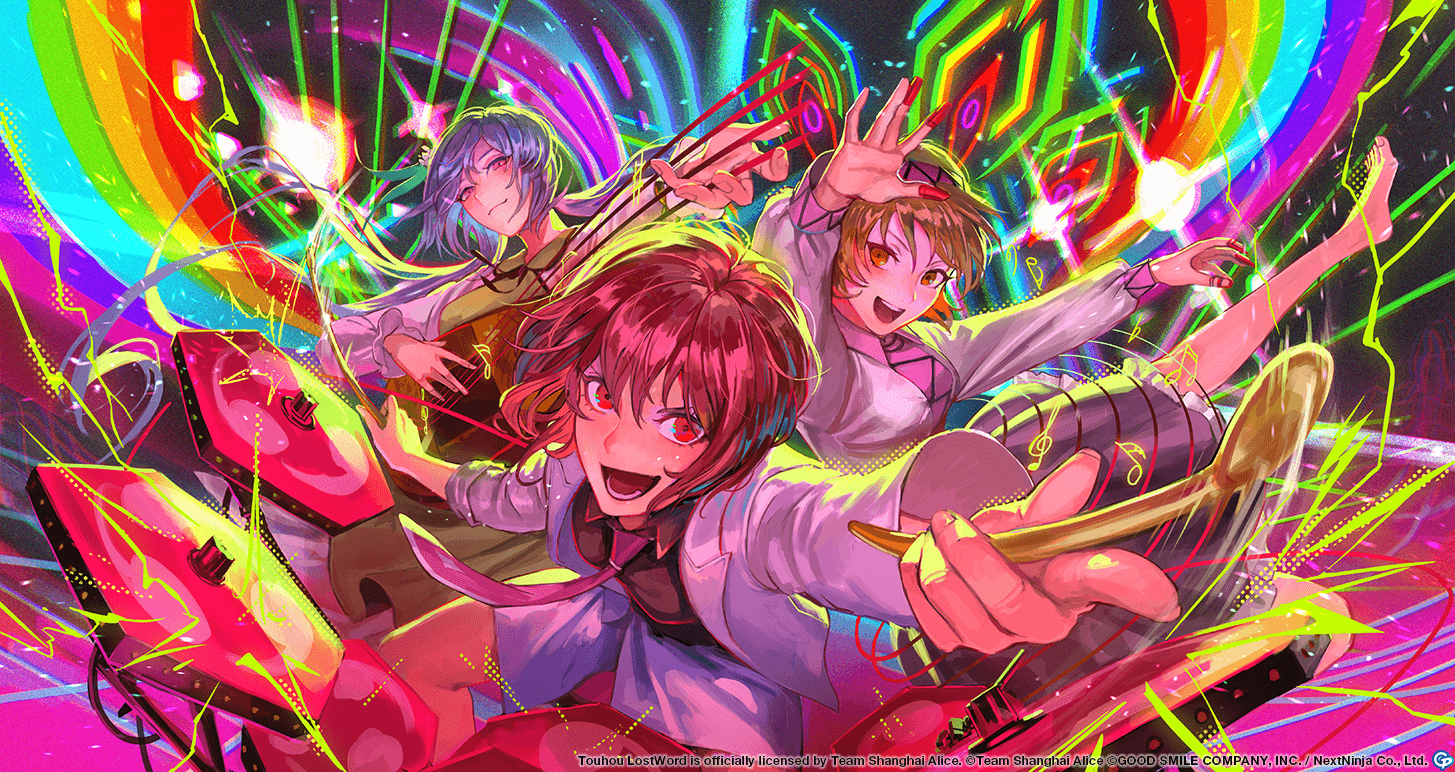 Story 1
Benben Tsukumo is a biwa tsukumogami. She has a younger sister named Yatsuhashi, but they are not blood-related―they just happened to transform into tsukumogami at the same time. However, their relationship goes deeper than blood ties... They are connected through music.
Story 2
Yatsuhashi Tsukumo is a koto tsukumogami and the younger sister of Benben, a biwa tsukumogami. They had dreams of overthrowing those above them so that tools like them could conquer the world, but unfortunately, their plot was thwarted. Now, Yatsuhashi tours Gensokyo along with Benben, Raiko, and the Prismriver Sisters.
Story 3
Raiko Horikawa is a taiko tsukumogami. She was clever enough to lay her hands on a drum set and a drummer from the outside world. They became her yorishiro―a vessel capable of attracting spirits. Thanks to this, she does not have to worry about turning back into just a tool. Raiko is a born leader, so she joined forces with the Prismriver Sisters. They perform together as Prismriver With H.
Story 4
The three tsukumogami all had the same wish. During a past incident, they strongly desired to create a paradise for tools where they would be able to move, enjoy, and play on their own.
Story 5
If you can sing or play an instrument, would you want to perform on the same stage as them? In Gensokyo, every event calls for a concert. Be it cherry blossom viewing or New Year's Eve, Benben, Yatsuhashi, and Raiko will be there waiting for you. Enjoy the show!