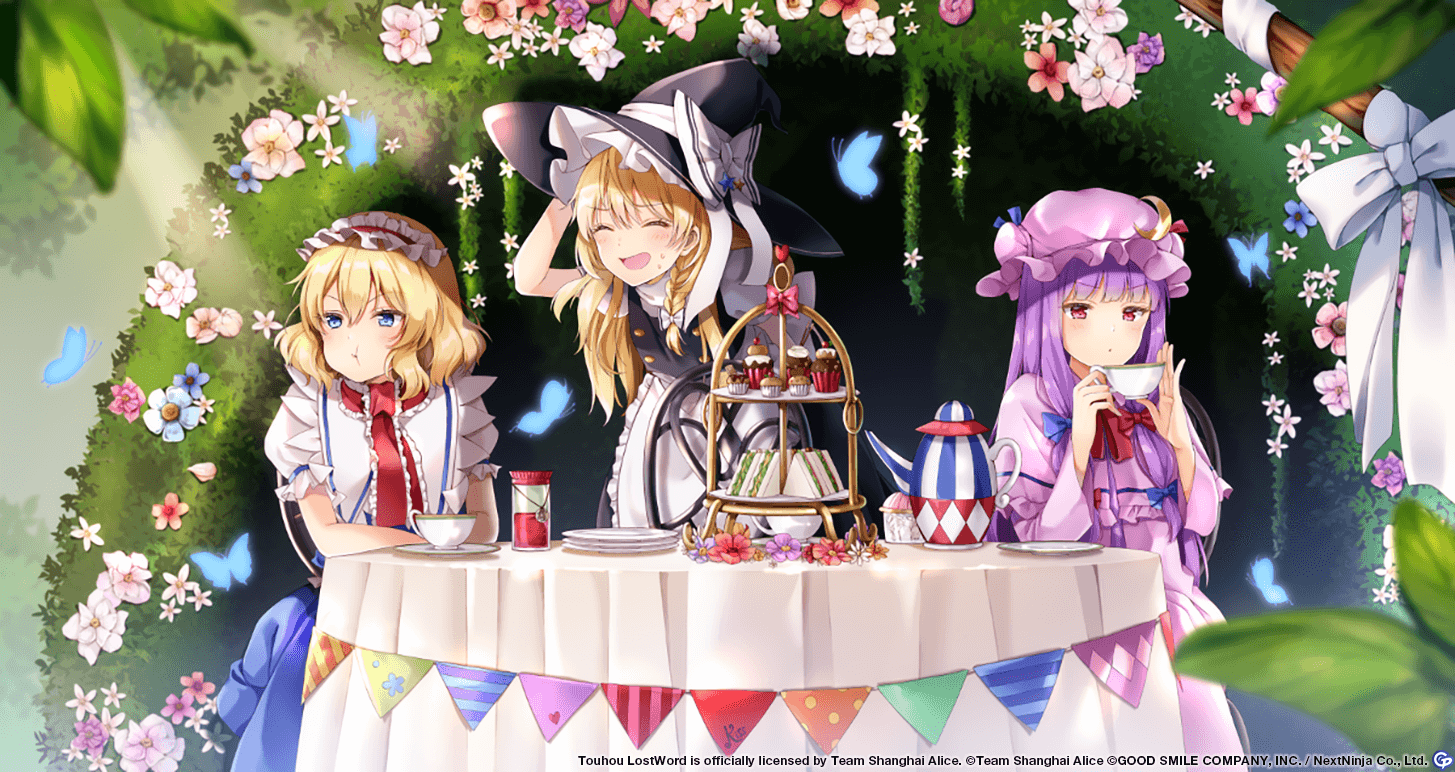 Story 1
Marisa Kirisame is an ordinary magician who lives in the Forest of Magic. Today was the day she promised to have a tea party with Alice and Patchouli, but for once the Kirisame Magic Shop actually had some customers. After serving all sorts of customers, she ended up arriving late to the party...
Story 2
Alice Margatroid is a magician who manipulates dolls and lives in the Forest of Magic. She made full use of her handmade dolls to set up for the tea party that she was looking forward to so much. It became time for the party, but Marisa still hadn't shown up. "She's late again," muttered Alice dejectedly.
Story 3
Patchouli Knowledge is a magician who lives in the Scarlet Devil Mansion and resides within its great library. She won't admit it, but she decided to go outside for once because she was actually looking forward to drinking some tea with everyone. However, Marisa still hadn't shown up. "She's late again," sighed Patchouli to herself.
Story 4
Marisa felt bad about arriving late. So, she went to beg help from Tewi who had finished her cooking contest in the Dine & Dream Nemunoki event. Tewi took pity on her and agreed to help her out. It was time for Tewi to unveil the skills she had learned during the cooking contest...
Story 5
Everyone was dazzled by the variety of colored cakes, muffins, and macarons. Their sweet scent overpowered the feelings of irritation in the air. After defusing the tense situation, Marisa was so relieved that she shoved a macaron into her mouth... "Ouch! It's spicy?!" she screamed and rolled around on the ground while breathing out fire from her mouth. She lost in Tewi's experimental game of Russian roulette macarons.