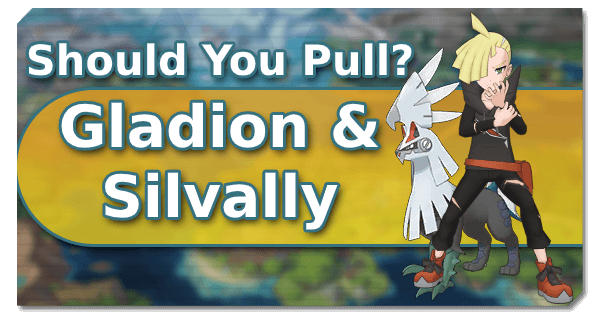 -Lack of any utility outside of its mediocre offenses and bulk

It’s actually pretty difficult to put your finger on exactly what Silvally is supposed to do, as it lacks either the consistent damage to make it as a substitute Striker or the additional utility expected of an offensive tank. Its biggest strength, of course, is its ability to boost dps by changing its typing to an opponent’s weakness once per battle. Interesting as this mechanic may be, on a pair who’s supereffective damage is still weaker than some F2P Strikers’ neutral game it can’t help but come across as somewhat overbalanced.

As for its effectiveness across the game modes, it’s safe to rub any format that involves multiple waves of enemies off the list of areas in which it excels. This is because Silvally can only change its typing once per battle and is mostly dead weight against anything with a different weakness. Additionally, because many Legendary Arenas involve bosses who’s typings change as they take damage, the pair is often all but useless there as well. This leaves Champion Stadium and Co-op; unfortunately, even there the pair is nearly always outclassed by F2P options like Crobat and Torkoal and as such is only really worth using when the aforementioned free pairs aren’t available (which in Co-op means never).

While not quite enough to allow it to seriously compete with other Strikers and offensive Techs, Silvally’s Sync Grid brings quite a few useful skills to the table that greatly improve the pair’s performance. There are two main ways these can be harnessed to create specific builds: an all out Striker in the vein of a much weaker Dragonite, or a bulkier damage tank for players without access to the ⅗ Torkoal that would totally outclass it.

Purely offensive versions of Silvally are at their best when taking advantage of Double Down in combination with the Tech 6 Star Sync Move boost and the natural power of Audacious Multi-Attack to make up for its dumpster stats. What this requires from the Grid is, of course, the aforementioned Double Down to assist in its main role as a sync nuker, as well as Supereffective 2 and Hp Advantage 3 to improve its sorely lacking general dps. Which nodes you opt for beyond this are up to you and your team comp, but Hit And Heal is generally a good choice for keeping Hp Advantage at full power. Alternatively, if you’d like to be outclassed by Mew and Torkoal instead of Crobat and Haxorus, bulkier builds that aim to function as a damage tank sideman will love the Lucky Skill slot Vigilance frees up as well as the always amazing Hit And Heal.

As a result of its sorely lacking (in all areas) moveset and Passives, Silvally all but requires the Crit Rate and Attack boosts provided by Supports like Blastoise and Dusknoir. Beyond this, more defensive builds will want to be paired with a real Striker for it to supplement as opposed to being forced to carry the team’s damage. Offensive variants, funnily enough, will want to do the same considering how janky the type changing mechanic is for a team’s main attacker. Ironically, Critical Strike 2 is still a better skill than Superdupereffective 1 on the type-fluid Silvally because the pair is near unusable without Crit Rate buffs, and the former’s 20% damage boost is double that of the latter’s.

Nope, totally outclassed by the myriad of F2P damage tanks and sync nukers competing for its niche. While the role of Sync spamming damage tank is in high demand and the 6 Star Tech boost is quite strong for pairs in that niche, Silvally just isn’t worth using (and certainly not 20/20ing) over Empoleon, Torkoal, Crobat, Mew, or Masquerain (to name a few). With its atrocious stats, lack of self buffs, and totally one dimensional nature dragging it down, it is abundantly clear that changing types once per game is the type of mechanic that belongs on an already competent pair as opposed to a walking gimmick like Silvally.