How to Build Rank and Keep Your SINoALICE Action Points Full 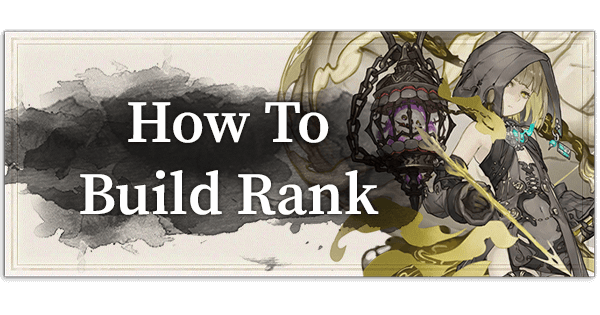 Similarly to other games, SinoAlice uses an account leveling system referred to as Rank. Rank does not determine one’s ability, but rather is an indicator for player activity in for content outside of PvP. Building rank can help build a foundation for the account, although this isn't a deterrent for Guilds; for those, Colosseum scores are more relevant.

Ranking up is not difficult in early stages, as players have unlimited Cleaning until Rank 50 (earlier release) or rank 120 (later updates). Building ranks is beneficial since ranking up increases AP (stamina), cost, HP and adds subgrid slots.

There is a noticeable change after hitting rank 188 because the mobs will give 4AP rather than 3AP on ranks below 188. AP is the energy resource that replenishes every three minutes and is used to enter dungeons.

Once players have reached rank 50, cleans are available for free every eight hours from the last performed clean, or you may consume purification tickets to refill AP. For emergencies, Twilight Crystals can be used to refill AP, but tickets are the best option since they are easily obtained through dailies, missions and events. Pulling on some SR/SS guaranteed banners can give purification tickets (if specified in the banner).

Global is likely to store a maximum of x2 AP, while JP servers can now store x3 of the player’s total AP.

Players will begin at Rank 1, where there is a tutorial that guides beginners on how to optimize cleaning. For smartphones, swipe the screen in circular motions when each wave spawns, preferably starting on the left side and finishing clockwise. Keep in mind there is a timer that counts down, so only clean when not distracted. In later updates a pause button will be added. 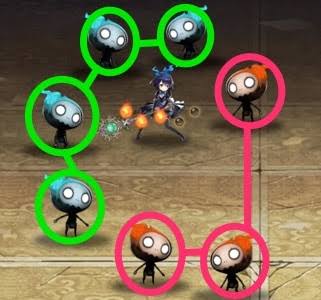 Once the five orange bars fill up, tap on the screen to perform a special move that instantly clears all mobs without deducting from the timer. It is advised to use the special move when more than five mobs are present on the wave. During a cleaning session, three special moves can be performed on average.

Normal mobs give 300EXP and the crowned mobs that randomly appear will give 3000 EXP; therefore, the crowned mobs should be given priority when cleaning. Depending on mobile sensitivity and latency, generally, the higher the score the more AP gained. It is ideal to achieve a score of 80-100.

Upon finishing the tutorial, players can rank up to rank 4 which increases cost from 80-91 and AP 30 to 33. The game will then start a tutorial by instructing the player to begin character story in chapter 1 stage 1 using AP to start dungeons.

Players can choose to continue working on story as first clearing stages will award a maximum of 5 twilight crystals by fully completing the missions. It is advised for players to reach chapter 2 stage 10 to unlock guild functionality.

Every Day from 0:00 to 23:59 there are three different weapon evolution material dungeons. These rotate during the week, depending on the day.

Weapon evolution materials can be broken down into separate elements: fire, water and wind each having their own dungeons. For example, Wind evolution is accessible for 24 hours on Monday, Wednesday and Saturday while players can enter fire dungeons on Tuesday, Thursday and Sunday. (Global may use a different schedule). 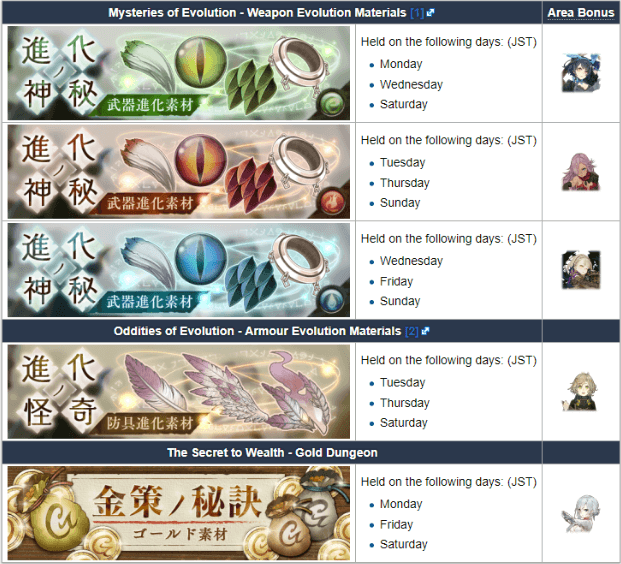 Since there are three element types on weapons, players are encouraged to use AP to grind these dungeons which ultimately reward enough EXP to rank up from Cleaning when events are not present.

Weapon and armor EXP glyph dungeons run at the same time on a daily scheduled timer and are only available for 30 minutes. Players will have to wait for the next scheduled sessions-- when the events are active, there will be a glowing Nightmare icon in the Story screen indicating players can enter the 45AP runs and grind for A/S EXP glyphs of their choice.

Players should grind these dungeons early, as being under rank 50 grants unlimited cleans. Pay close attention to EXP dungeons and their schedule to make the most of them! 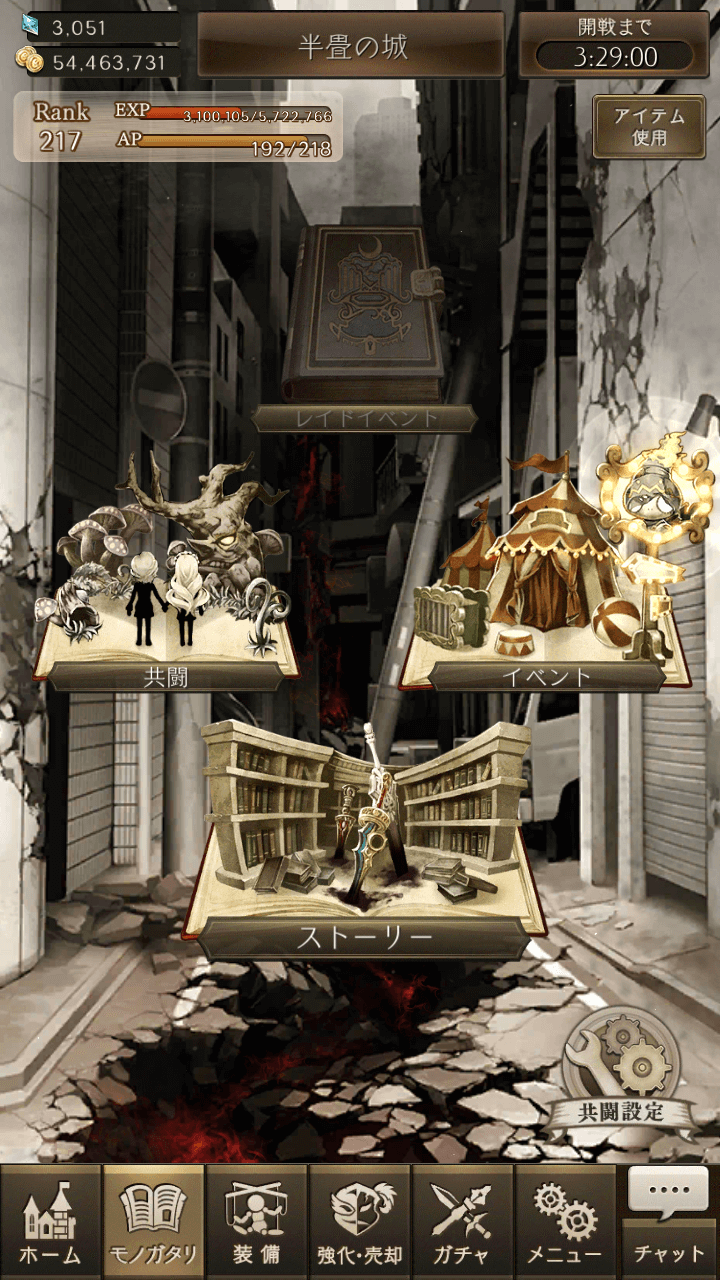 On special occasions such as New Year's, Anniversaries and celebratory events, half AP will run during a specified time period where 45AP dungeons will only consume 22AP per run. This is the best time to farm materials and glyphs since players can earn double the rewards. This sometimes applies to story AP it will be announced on in-game news.

By utilizing free cleans, players can easily build rank while also obtaining materials used to upgrade equipment stat power. Event content consumes large amounts of AP as you will be continually grinding for medals; since most event stores stock useful items for players, it is worth cleaning to refill AP and build character Rank.

For players interested in lore or Twilight Crystals, they can progress in the Story which also consumes large amounts of AP in higher dungeons. EXP from dungeons does not give as much rank EXP as cleaning.

JP released a royalty monthly subscription which reduces free cleans to every six hours - this has yet to be announced on Global.