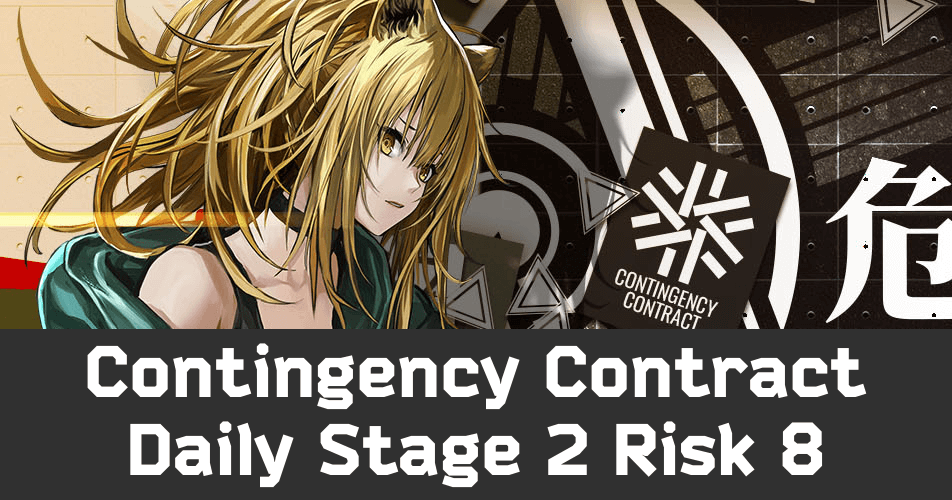 This guide will step through a strategy for clearing the 2nd Daily Stage - Abandoned High-rise - with Risk Level 8, for June 14.

For information on other CC Stages see these pages: 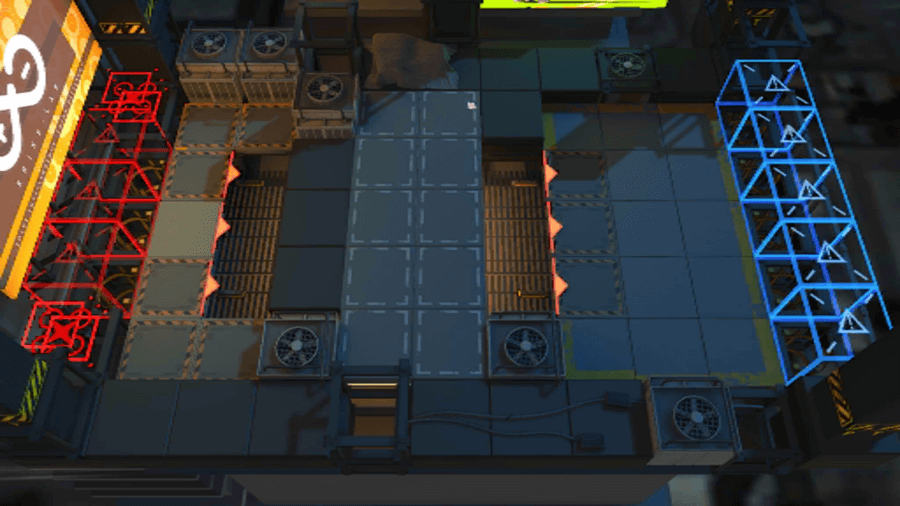 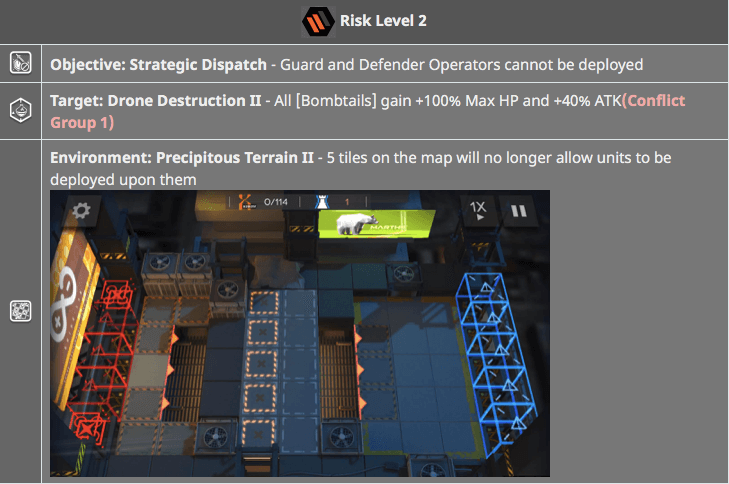 The main challenges are as follows:

These are the Contracts I chose: 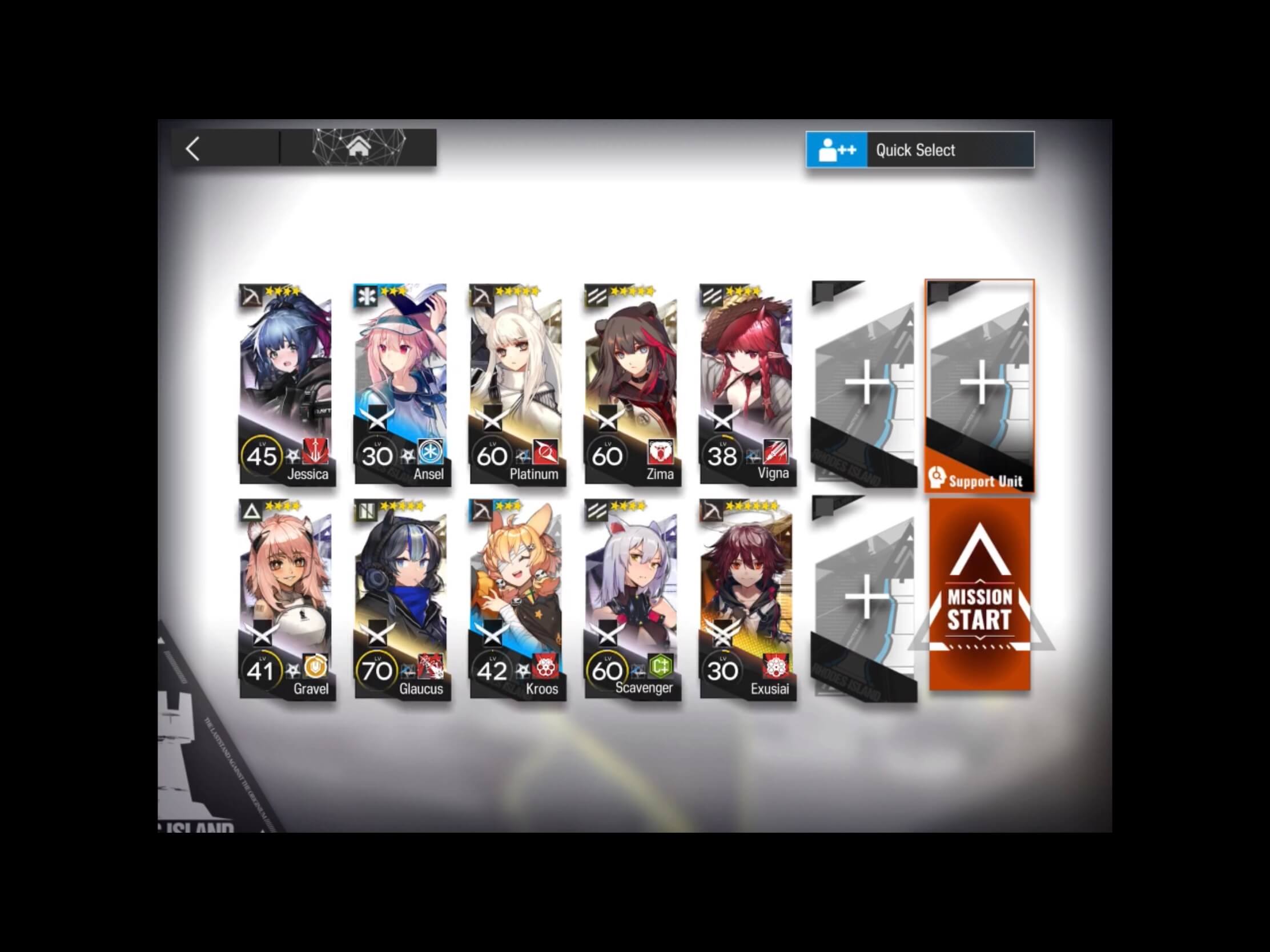 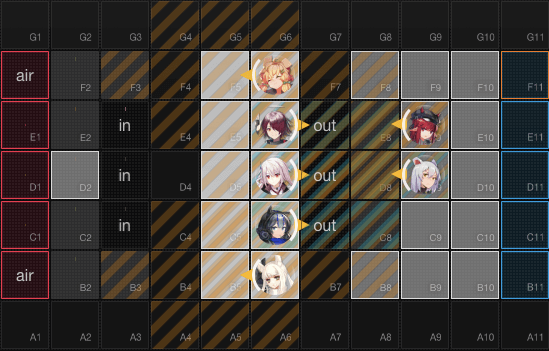 At kill 48 the bobtails will come out.  The moment that the first bombtail starts moving deploy Gravel as seen below.  If you do this too late, your ranged Operators get blown up.  If you do it too early, and she'll die before she can soak the third bomb (if you are having trouble, do the latter, and bring another soak if you need to) 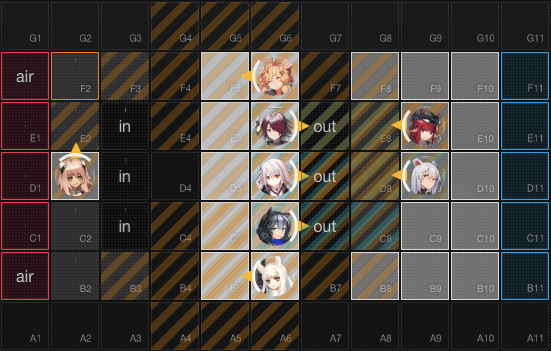 The third bomb will kill her, and that is ok.  At about kill 69 a Logger will appear in the middle lane.  When he starts moving, retreat your R4, deploy V3: Zima: Skill Recovery Vanguard, and after the Logger moves out of the sqare, deploy your Gravel again.  We don't want gravel blocking the Logger or she may die before she can soak the second Bomb. 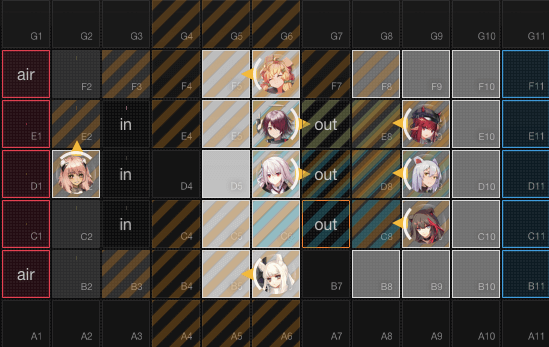 Once the last bomb has been dropped, retreat Gravel and deploy the last Operator. 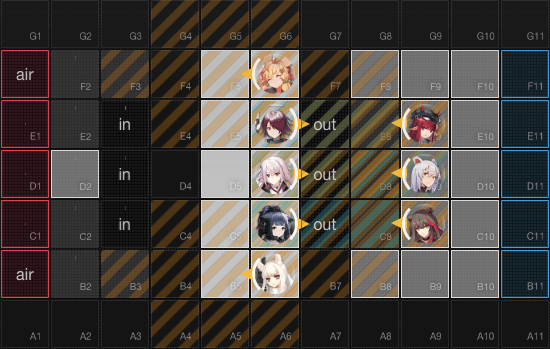