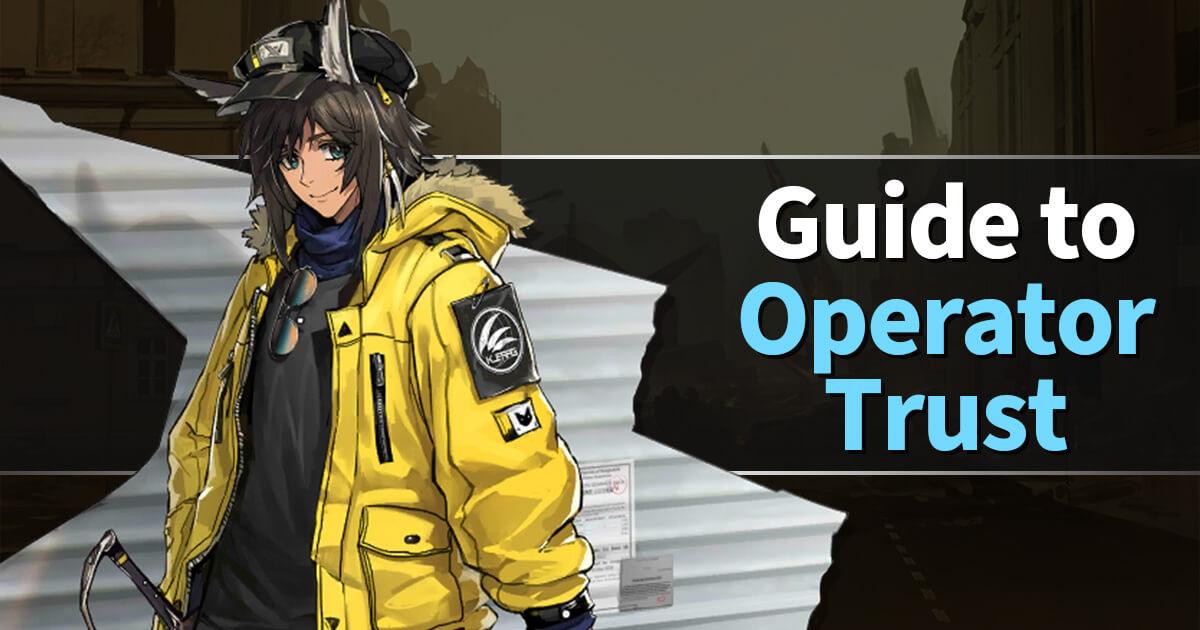 An Operator’s Trust in the Doctor is displayed in-game as a percentage value between 0 and 200%.  Each Operator has their own Trust percentage and it can be viewed on their statistics page. It’s location can be seen in the red box in the image below:

Each Operator has their own Trust Stats, and their current value appears in the area of the green box in the image above when the player clicks on the Trust bar. These Stats achieve their maximum value at 100% Trust, and their value at any Trust level below 100% is the corresponding percent of the maximum value.

Trust stats are applied to operators when used as support as follows (source):

The total Trust Percentage is divided by 2 and rounded down, and then applied as described in the example above.

NOTE: If a support Operator is at the non-elite promotion level, or if they are restricted to non-elite because the player using the support does not have a promoted Operator in the Squad, Trust Stat bonus is capped at 50%.

How To Gain Trust

So how do we get our beloved Operators to put their trust in us?  They need to gain Trust Points, of course! Trust Points then contribute to the Trust percentage in a way that will be described a little later.  There are two ways to for an Operator to gain Trust Points: participating in combat missions or working in the RIIC Base.

The following is the Trust gain for Lungmen Outskirts:

The following is the Trust gain for Lungmen Downtown:

Trust from the RIIC Base

Every day, your Operators earn Trust from being stationed in the base in one of the following 3 roles:

Note: It is possible for Operators to hold both Role 1 and 2, or 1 and 3, thus earning Trust from both Roles. To gain the Trust Points, you must interact with the Operators by tapping on them when they have an orange or blue bubble over their heads (seen in the image below).  To save time and gather all Trust Points at once, you can hit the Trust “Tap to collect all” button in the lower left of the Base home screen.

Note: I am currently collecting data to try to figure out exactly how Trust Points are calculated from Ambience values for each of these roles.  I will update this guide when the formulas are obtained and verified. 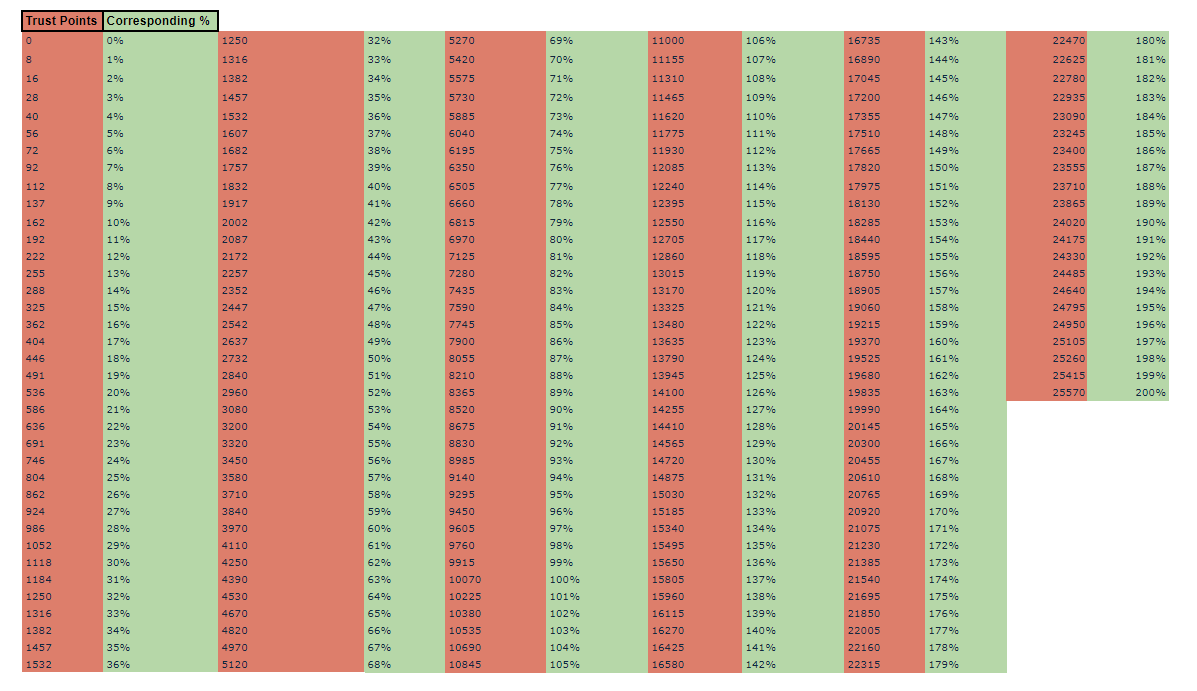