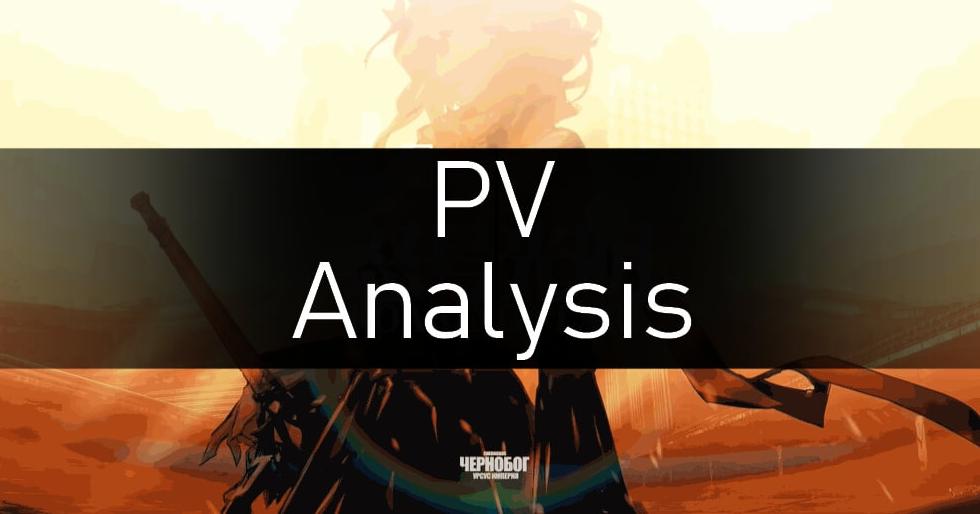 For those who are evil will be destroyed, but those who hope in the LORD will inherit the land.

NOTE: This article contains a lot of CN spoilers up to Chapter 7, please be warned.

Full Video can be viewed here:

Those who can absorb nutrients from their fall, their legacy

Are either already corrupted, or doomed to wither

We don't get any breathing room. The text on-screen changes from "Patriot_Contact" to "Target_Neutralized", mirroring the end of Chapter 7. Patriot, a mountainous force, has fallen. The fan on his chest armor comes to a stop, and we see the two teams, Amiya/Rosmontis and Doctor/Kal'tsit, split up. The former will head to the control tower with Patriot’s shielders, to confront Talulah and stop Chernobog, and the latter will head to the Sarcophagus.

"Corrupted, or doomed to wither." Talulah is the only one who will benefit from Patriot's death, and with his fall, no other Reunion leader will be there to challenge her.

The war between Lungmen and Ursus seems almost inevitable. Ursus plans to use this war to redirect its internal conflicts onto a foreign nation, and Rhodes Island is Lungmen's only chance to prevent it.

The heart beats despicably under a noble facade

Talulah. The source of their misery. The harbinger of tragedy. The false promise of a better future for the infected is her noble appearance, and the conspiracies of Ursus and Koschei are hidden beneath this facade. Indeed, it was all a lie. Reunion was never meant to be the revolution the infected wanted, but rather just another pawn.

What is interesting to note is that in the enemy archives, enemies are usually labeled as “letter number”, such as B1 for originium slugs, two-digit numbers such as 38 for demolitionists, or letters from their name such as FN for Frostnova. However, here Talulah is labeled in the same way as an RI personnel: RU01. Hopefully, we will see the reason behind it soon.

Amiya, we are destined to lose too much.

Our encounters and scars will rip us apart, these wounds will never heal.

We see two figures, one carrying the other, walking through burning debris. The one being carried has a thin tail, resembling that of a Draco's, and the carrier's tail, as far as I can tell, does not correspond to any of the characters we know so far. Based on the accompanying text and the greyed-out imagery, I’m inclined to believe that this is a flashback. If the person being carried really has a Draco's tail, and considering the main focus of this chapter, it would mean that this scene is from Talulah's past.

Both Faust and Frostnova spoke of a certain village that changed Talulah forever. Could it be this burning wreckage that we are seeing?

Amiya, the protector must also be the oppressor.

When we gain something, we are also taking something away.

The Sarcophagus opens up to let Mephisto enter, as Kal’tsit and the Doctor arrive with their team. We’ve met many people during our journey. Some were deceived, some willingly believed in a lie, some had faith in their leader, and some had faith only in themselves. Some, if we met them off of the battlefield, could’ve become our allies or friends. Yet we were forced to fight, because we have things that we wanted to protect, and they have beliefs they sacrificed their lives to uphold.

Life is selfish and ruthless

A tailed figure that looks like a possessed soldier, followed by flashes of Mephisto’s past and the Sarcophagus, a contrast to him asking the machine to erase his memories. Mephisto, bullied and outcasted since his childhood, has personally experienced how selfish and ruthless life can be. Perhaps it could actually patch him up as he asked, or perhaps, judging from the number of possessed soldiers that appear later on, the outcome would be worse.

The line that appears on Mudrock's hammer is a modified verse from Psalm 37:9 of the Old Testament, which is the same line I quoted at the beginning of the article.

I believe that suffering, boredom, and setbacks are endless

These people have nowhere to go with their lives

All they are doing is meaningless.

Our allies, our enemies, from our departure from Chernobog to our return. There were some whom we’ve met who genuinely wanted a better future for the infected, but with what Reunion has become, their efforts were doomed to go to waste.

I have a pretty good idea of who the speaker is at this point, but I’ll leave that for the end.

Amiya, to change someone, make him believe.

Make him believe, then destroy his faith. Nothing can save such a failure.

The burning village appears again, and judging from the hair, it is Talulah who is watching the flames. This shot with the same colour scheme as the scene where someone is being carried seems to further imply that this is indeed the village where the old Talulah disappeared, and a new Talulah was born. The words on screen are perhaps the way Talulah changed from one who genuinely cares for her comrades to a murderer who used Reunion as a pawn. She saw something at the village that destroyed what she believed in, forcing her down a path of no return. The final shot of bloodstained snow may be symbolizing Frostnova and her Yeti Squadron, whom Talulah pushed onto a path of no return.

But, Amiya, all that I said… perhaps you can defeat them all.

You can foresee, you can prepare, you can endure, then you can win against misfortune.

The black crown of the demon king, and the sword that she will soon wield. The per the item description in Integrated Strategies, this is the “Continuation of Civilization.” The speaker has put their faith in Amiya, and now we will do the same.

Amiya, this world shouldn’t have such things as “fate”.

We see Talulah and Ch’en’s swords, and the final showdown commences: Talulah against Ch’en and Amiya. Just like how Patriot didn’t believe in this so-called “fate”, the speaker too acknowledges that fate shouldn’t exist. The demon king Amiya, who was prophesied to destroy life, will defeat the true demon king.

Next, a series of images flashes by.

“I will die by the hands of the correct person.”

Those were the words he told Wei Yenwu before he left Lungmen with young Talulah. Even in death, Koschei still has a smirk on his face. As Wei said at the end of Chapter 5, he was killed by Talulah herself. Was this all part of his plan? Did he truly die?

Two unknown figures, one of them with pointy ears, and another in what looks like a military uniform.

The same shot we’ve seen before, with young Faust and Mephisto.

Rosmontis surrounded by Patriot's shielders, per their agreement at the end of Chapter 7. They will confront Talulah at the control tower.

A very interesting shot, with a woman holding a hand just like the first few scenes of the game—Amiya pulling the Doctor out of the Sarcophagus. However, if we compare the two hands side to side, as shown below, we can see that there is visible frost on the left image, but none on the right.

This means that in the PV, the Doctor is being placed in the Sarcophagus.

From what we know of the timeline, Kal’tsit worked at the institution that investigated the Sarcophagus before serving under Theresa in Kazdel, and by then the Sarcophagus had already been sealed. Thus, despite having already left, Kal’tsit was able to return the Doctor to the Sarcophagus and have this mysterious woman place him in. That raises two more questions: who is putting him in, and why?

Amiya, Wei, and Chernobog fade into the light. The implications here are a bit on the worrisome side, but since Wei is still alive and kicking in Code of Brawl, and Amiya is the protagonist (who am I kidding, it’s Ch’en), everything will hopefully turn out fine.

Now, regarding the speaker.

I believe it is Theresa, and to explain we’ll look at two quotes: one from Ines in Darknights Memoir, and one from Recorder in the ARG puzzle.

“Her Majesty is... far too sorrowful, yet incredibly kind.”

She’s not radiant as a crystal like the president is, she’s more like an uncut gemstone found among charcoals.

The president told me the child’s name in the end—Amiya. She said she might be able to guide this child’s growth, but I can see in her eyes that, what she desires more is that the child can bring a different silver lining to this land in the future.

The two most plausible candidates here would be Kal’tsit and Theresa, but Kal’tsit isn’t someone who would say these kinds of things. If Theresa did see everyone’s struggles as meaningless, then it would explain why she seemed so sorrowful all the time. Nevertheless, she found hope in Amiya that she can change the world.

If there’s someone who knows the Sarkaz’s prophecies better than anyone else, it would be her.

Could she have known that the child she raised is the demon king?

In a sense it is ironic, but in another sense, it’s quite fitting.

Many thanks to the AKO and RIHQ lore room who helped me with the creation of this article.

Episode 8 PV was shown during the Thank-You Celebration Livestream.  Full details of what was announced can be found on this page:

Lauli
Just someone who likes Arknights lore a bit too much.