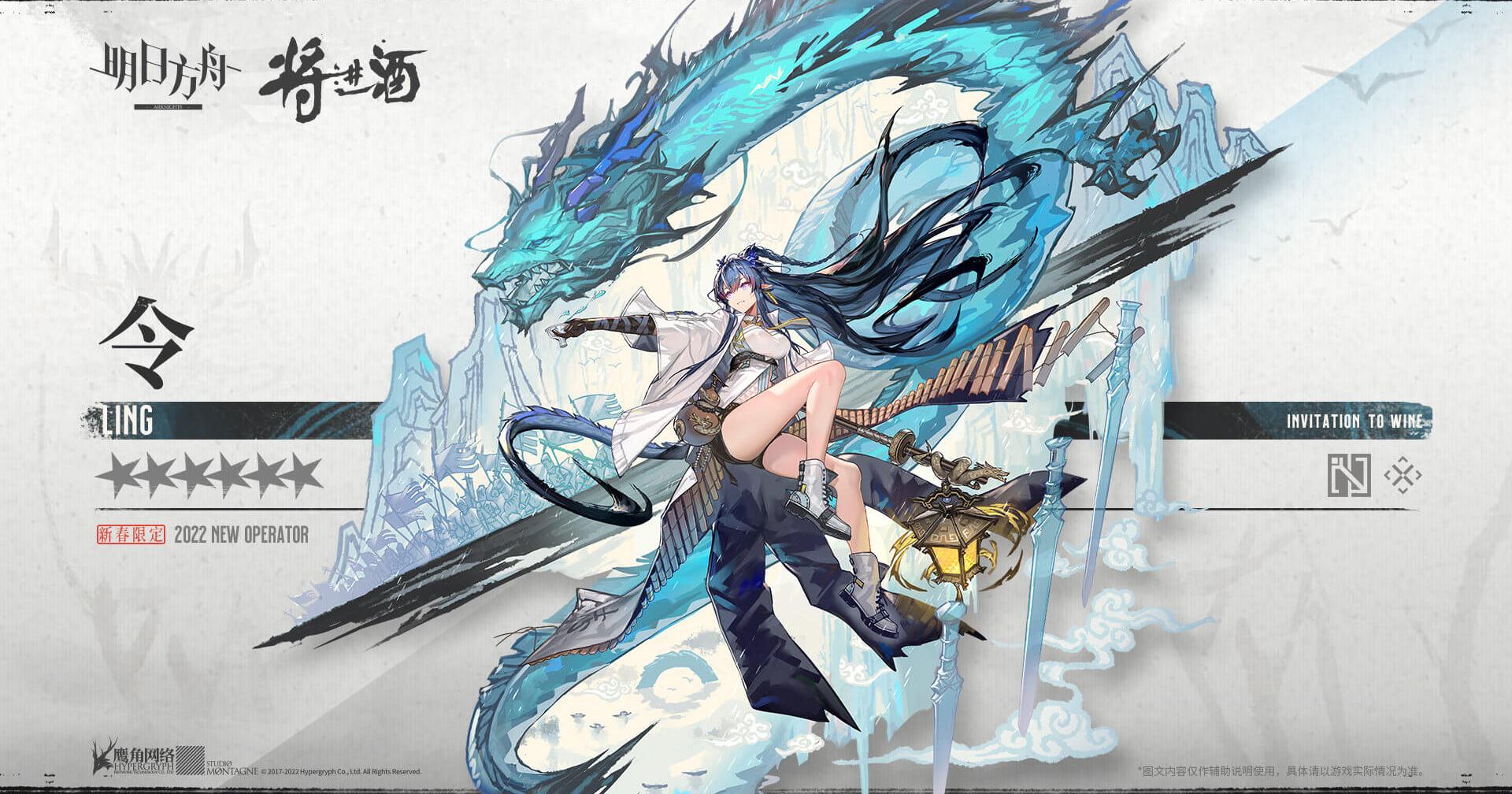 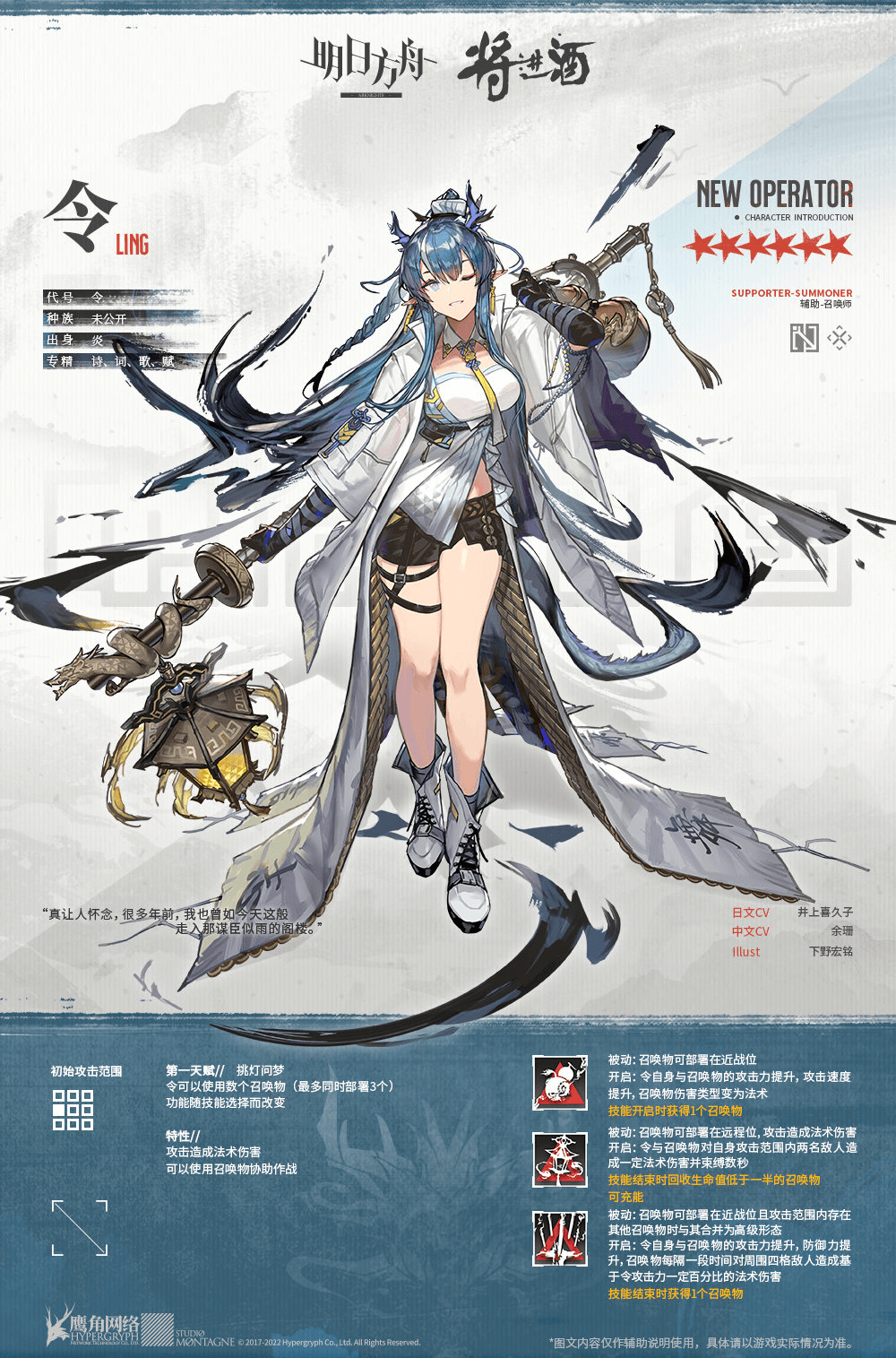 “Ling, just call me this. My two troublesome younger sisters didn’t cause trouble for you right? Oh? You’ve met me before? Ah… maybe in a dream."

As the older sister of Nian and Dusk, she is neither temperamental nor arrogant. On the contrary, she is spontaneous, easy-going and bold. Do not suspect how true their sisterly relationship is. Because they are so different, so they are sisters!

A true drinker, poet, traveller, militarist, and dreamer- Ling, has recently arrived at Rhodes Island as a guest, welcoming visits from people with confidence in their alcohol capacity!

“How nostalgic, many years ago, I go into the attic where there are as many advisors as there are rain.”

Ling is a limited 6★ Supporter [Summoner] who's kit empowers her and her summons in different ways.

Trait: Deal Artss damage. Can use summons in battle

Talent 1: Can use multiple summons (can deploy a limited number at a time). Summon abilities change with equipped skill.

Talent 2: When summons are defeated/absorbed/retrieved, Ling obtains some SP and gains ATK (ATK increase stacks up to a limit)

Skill 1 Passive: Summons can be deployed on melee tiles. Active: Increase Ling and the summons' ATK and ASPD. Summons deal Arts damage. Gain 1 summon after the skill is activated.

Skill 2: Passive: Summons can be deployed on ranged tiles and deal Arts damage. Active: Ling and the summons deal a certain amount of Arts damage to two enemies within Attack Range and Bind them for several seconds. When the skill ends, retrieve summons with less than half HP. Can hold charges.

Skill 3: Passive: Summons can be deployed on melee tiles. When there are other summons within Attack Range, combine into a higher form. Active: Ling and the summons gain ATK +100% and DEF +100%. The summons deal Arts damage equal to 20% of Ling's ATK every 0.5 seconds to enemies in the 4 adjacent tiles. Gain 1 summon after the skill ends

Alll skills have a way of replenishing summons, with S1 and S3 adding a summon at the end of the skill, while S2 retrieves summons that have less than 50% HP.  Her Talent 2 grants her ASPD and an ATK bonus when summons are defeated, absorbed (S3) or retrieved (S2).

Summoners tend to be mostly for-fun units that don't strongly impact high level meta play.  This is because they and theiir summons require deployment slots, yet are much weaker than other stand-alone Operators that could also use those slots.  It will be interesting to see if Ling will be any different in this regard.  Her S2 could have use in challenging content, similar to Magallan S1, but it will depend on the Skill and Bind uptime. S3's higher form has very high stats, better even than Mon3tr, and with a higher block count, so it could have potential.  She lacks Mon3trs True damage, though, and one of the things that makes Mon3tr so good is the great skill uptime and cycle times, so these details are likely to matter for Ling as well. 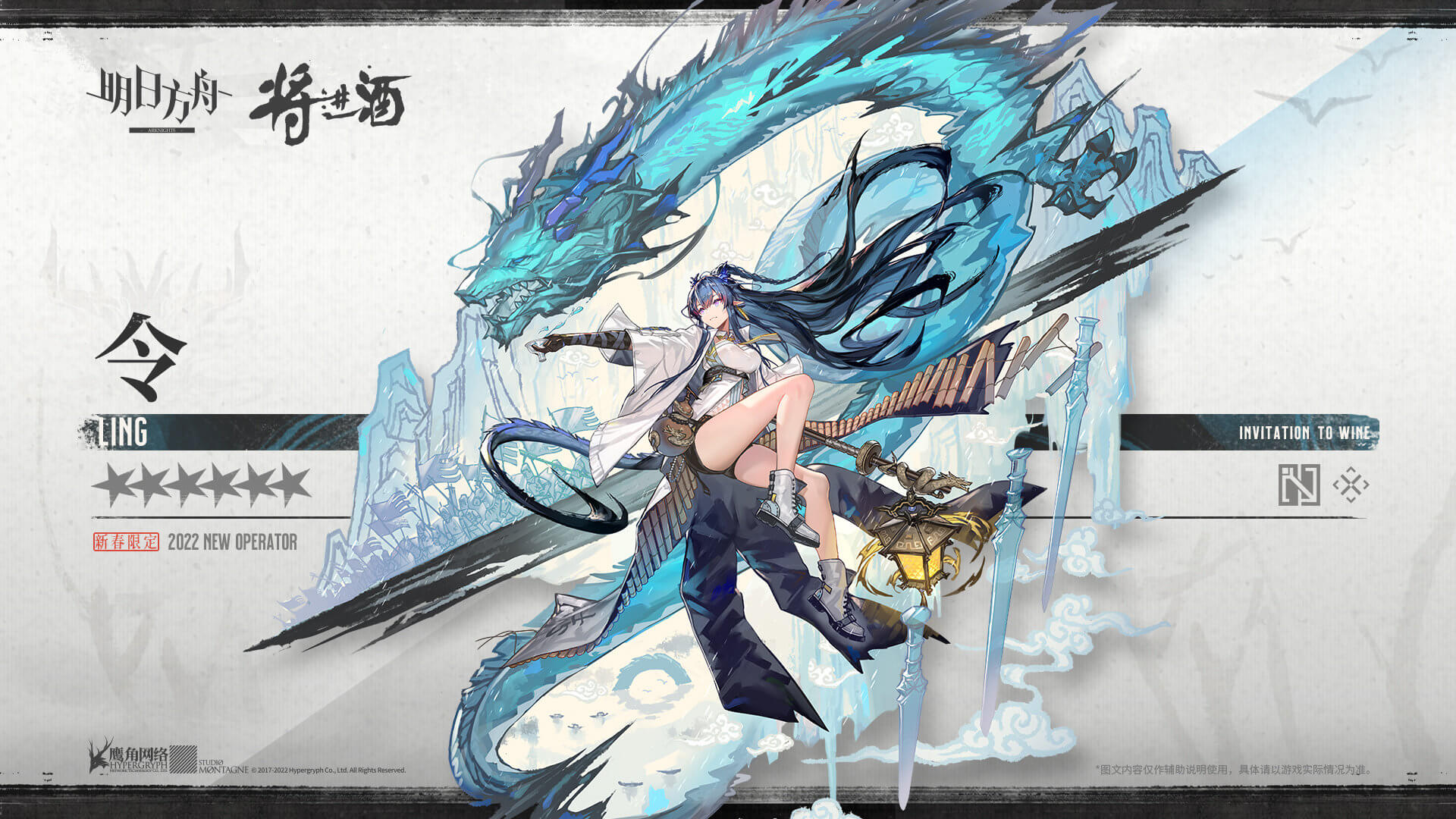