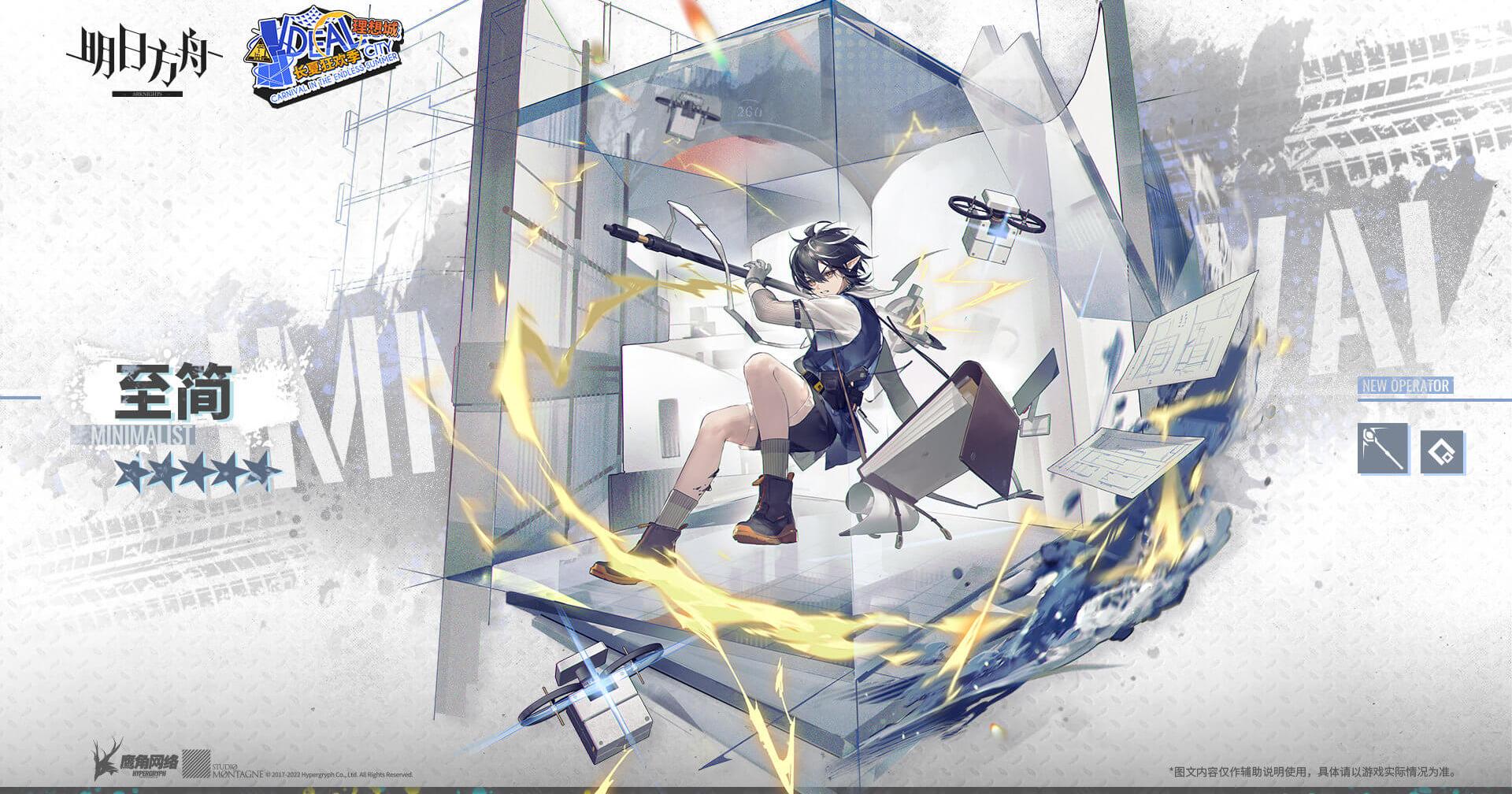 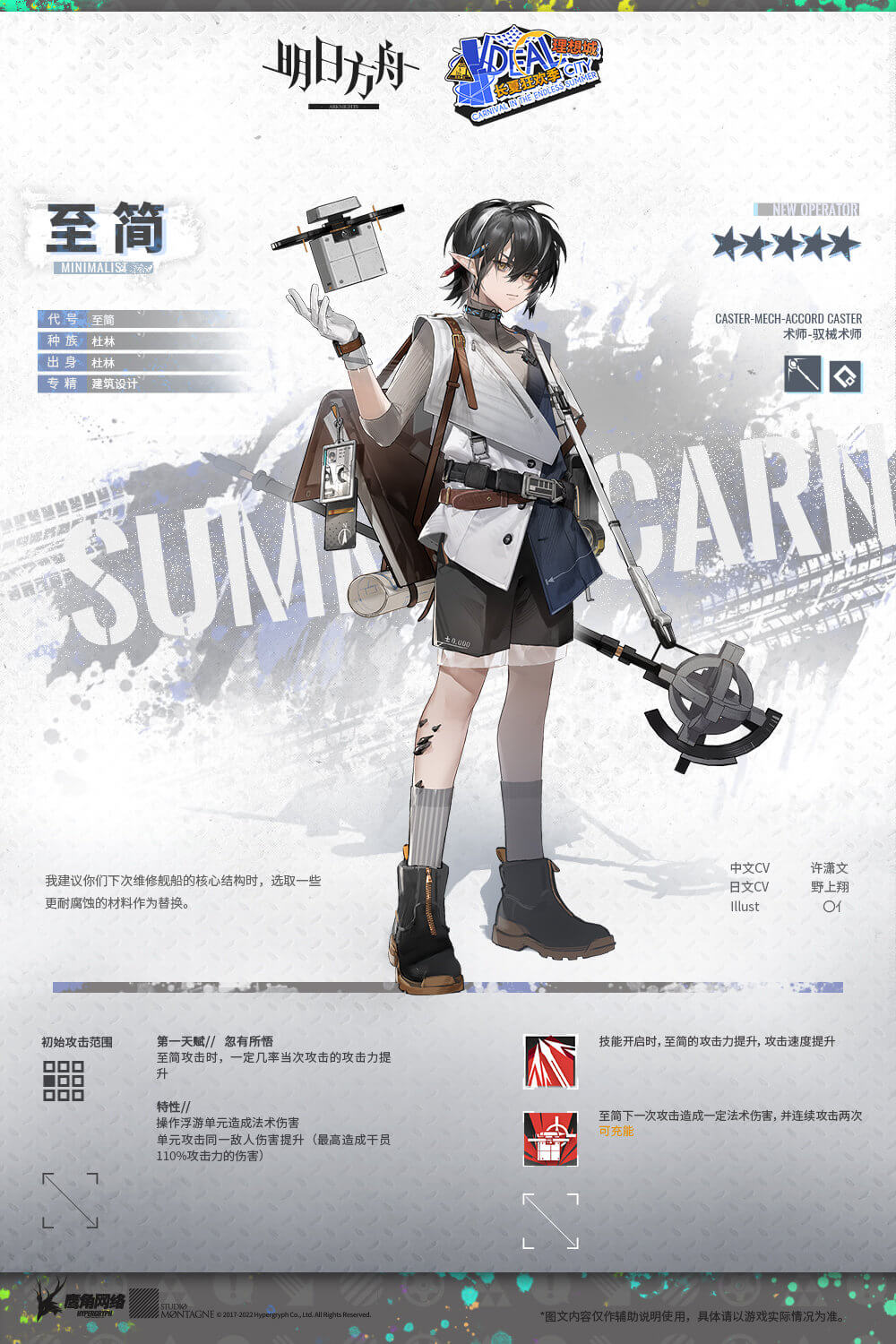 Minimalist is a 5★ Caster [Drone / Mech-Accord] whose kit focuses on damage.

Trait: Controls a Drone to deal Arts damage to an enemy; When the Drone continuously attacks the same enemy, its damage will increase (up to 110% of the operator's ATK)

Talent 1: When attacking, has chance to deal increased damage

Skill 2:  Minimalist's next attack deals a certain amount of Arts damage, and attacks twice. Has Charges. 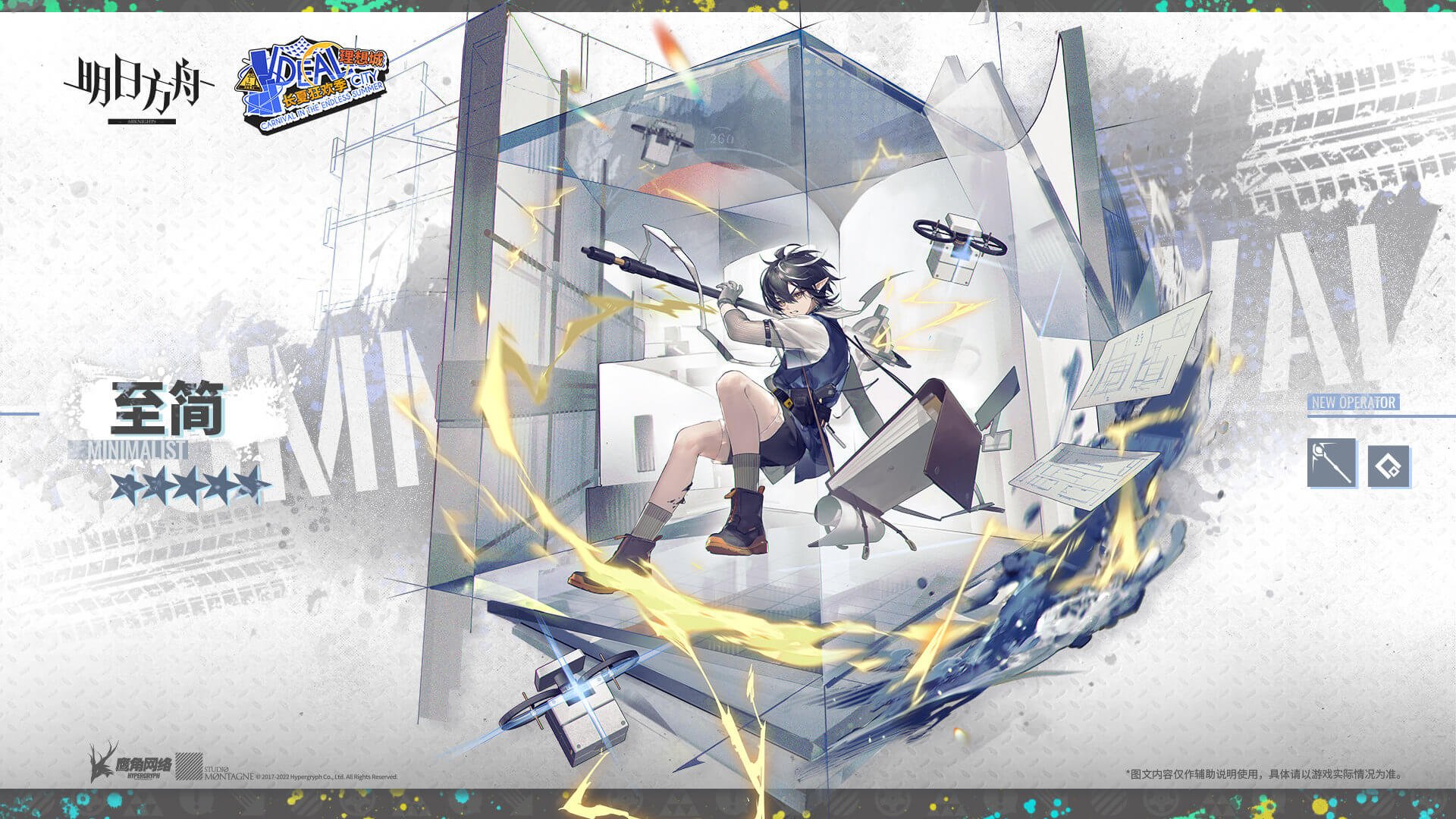