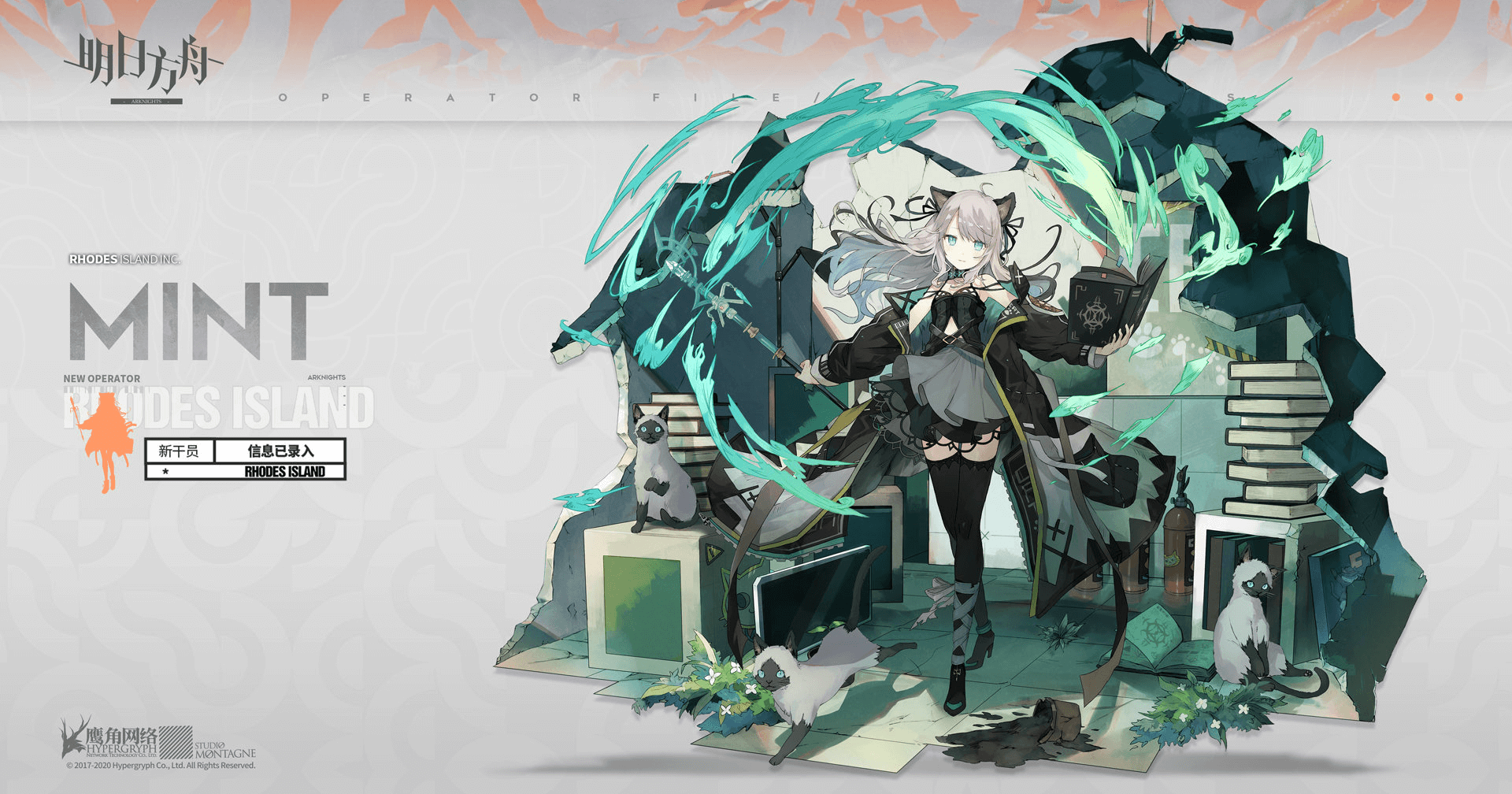 The Irresistible Pull of Cuteness 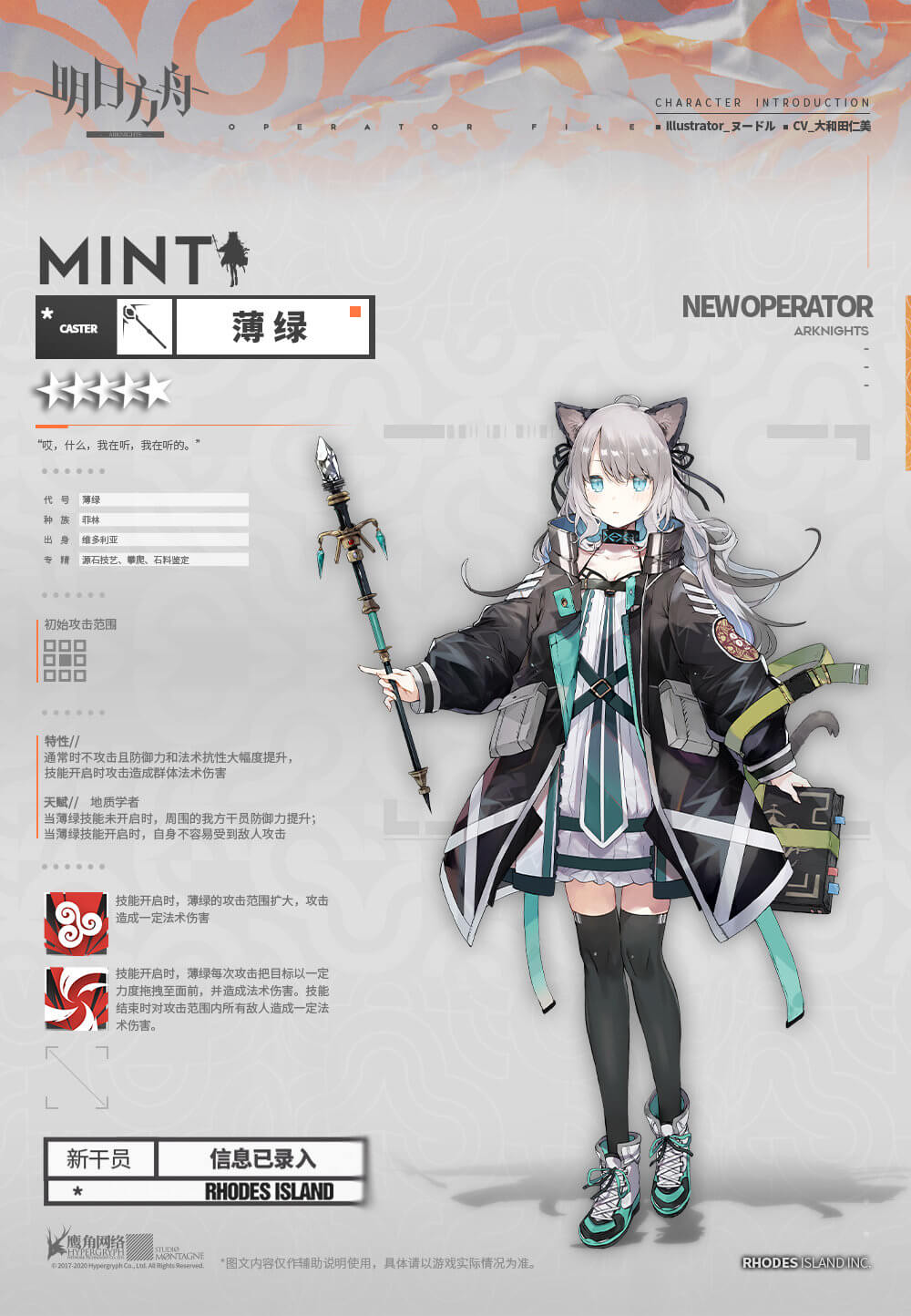 "Thank you for helping me move these books, you can put them here. Uh, my codename is Mint, and you? ... Eh, Doctor? Are you the Doctor Skyfire Senpai talked about?"

Mint was born in a wealthy Victorian family, attended a local prestigious institution, and joined her mentor's experiment team after her graduation. She unfortunately contracted oripathy later during an expedition.

In the days on Rhodes Island after being recommended by operator Skyfire, Mint underwent treatment but still can't let go of her experiment. Despite originally becoming infected due to this project, her passion and persistence won't be weakened for even a bit. And most castors from Victorian institutions are like this.

Mint is a 5★ Caster with the same Archetype as Beeswax.  Therefore, she only attacks when her Skills are active, and her attacks hit all enemies in her range.  When a Skill is NOT active, she has greatly increased DEF and RES.  She also has a unique attack range for a Caster (which can be seen on the Beeswax page).  Mint's unique characteristics include providing DEF support to allies when a Skill is not active, and having a unique Shift skill that pulls enemies towards her.  Mint will be the Event Limited Operator for an upcoming Autumn event, and so will be obtainable by all players.

Talent: When skill is not active, increase DEF of nearby allies. When skill is active, becomes less likely to be targeted by enemies.

Skill 2: During skill activation, every attack pulls the targets towards Mint with a certain force and deals Arts damage. When the skill ends, deal a certain amount of Arts damage to all enemies within attack range.

Mint will be the second Caster  with an Archetype first seen with the introduction of Beeswax.  This Archetype offers a unique Attack Range, and only attacks with true AoE when a Skill is active.  When a Skill is not active, they have increased DEF and RES, improving their survivability.

Mint gives a DEF buff to nearby allies when a Skill is not active, and her S2 has the unique effect of pulling surrounding enemies closer to her, making her one of only a few Operators with the Shift ability that are not Pushers or Pullers.  Her Pull effect would be AoE, and also have a unique range.  How useful these unique characteristics end up being will likely depend on their strength and range, and of course situations where they could be useful. 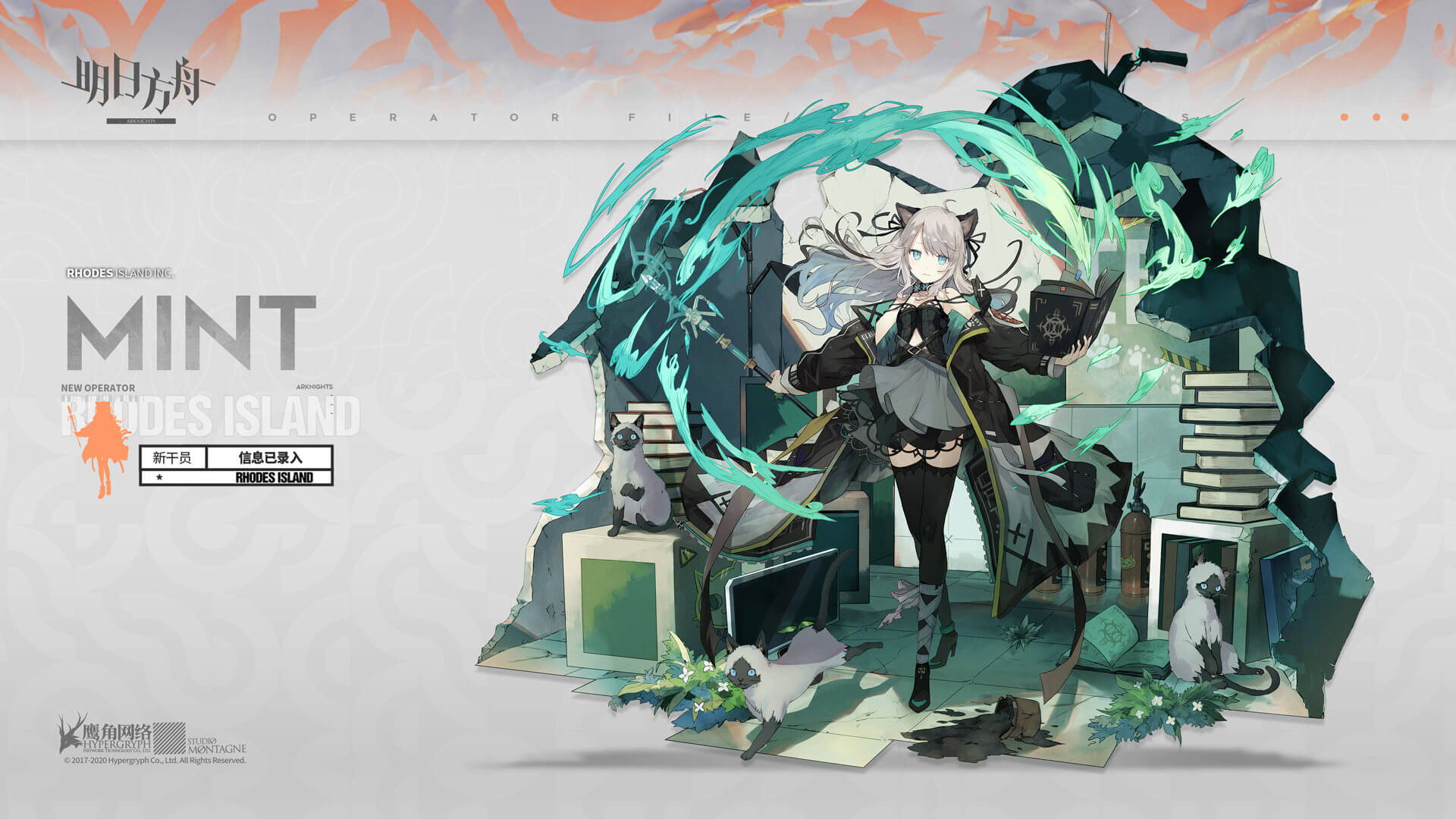 The pleasure of a good book