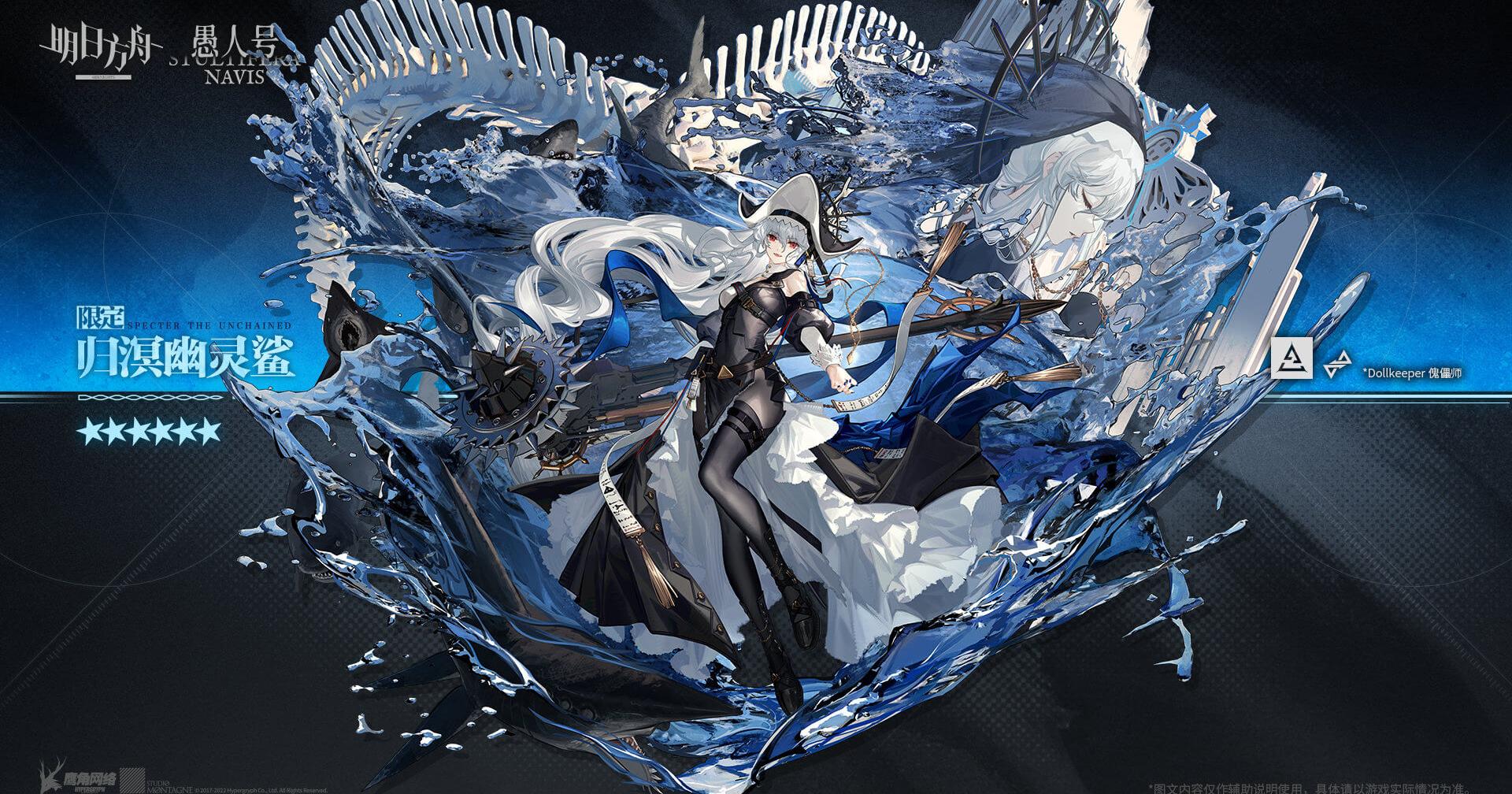 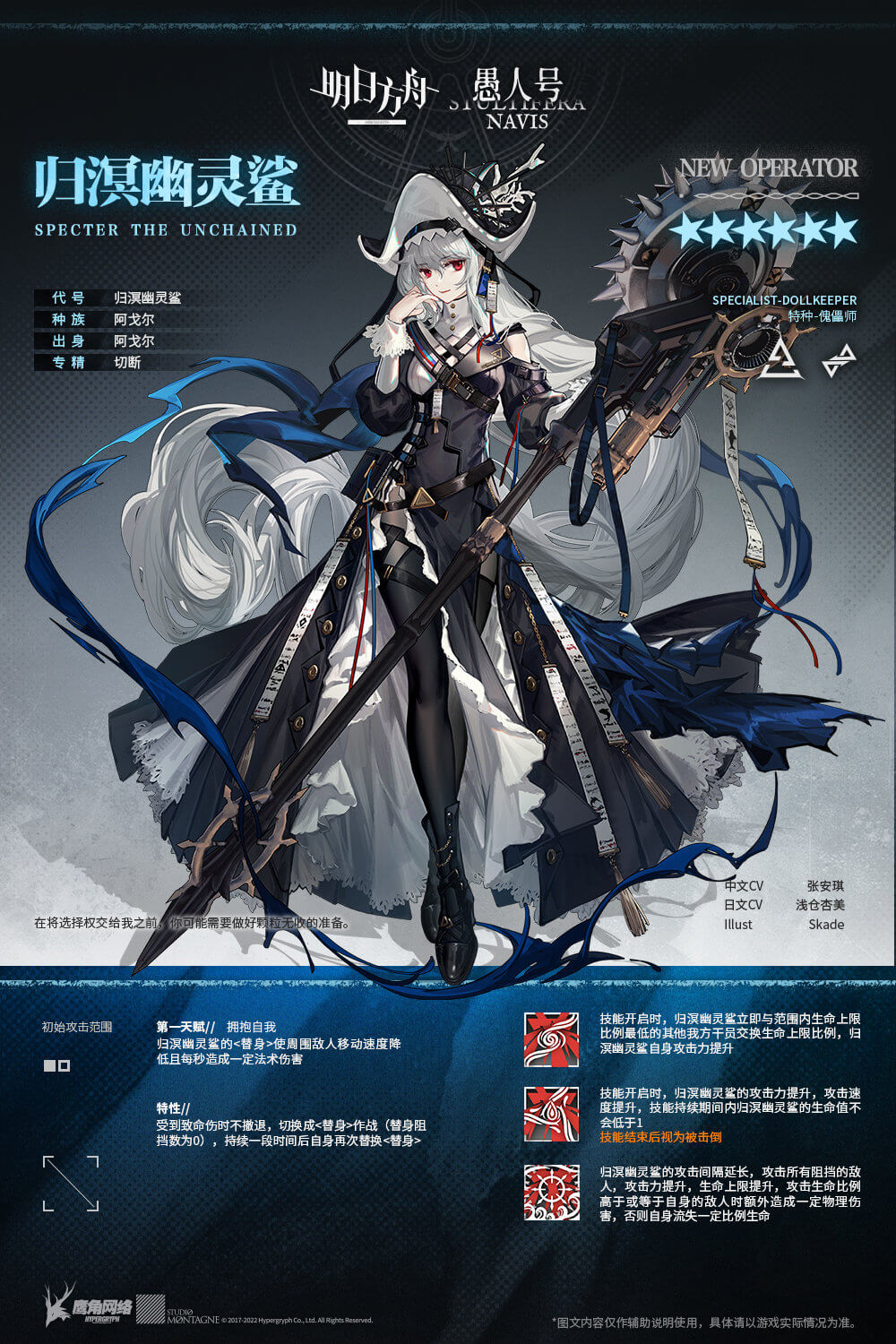 "I know you, and you know me, and we should omit the tedium of an initial meeting. Yet you do not understand me, and I do not understand you. If memory serves me well, the methods that those who walk the land use to understand each other are not confusing in nature. So, let us confer."

Specter was tidying up her dormitory. The landbound alcove was cramped and dry, but it was her habitat nonetheless. She decided to manually make some adjustments. First, she chucked out the constraint-installed sickbed, and carried away the chair used by medical personnel who accompanied her. The space now available could fit a small but comfortable bed, and a nightstand with a lamp. There should be a few paintings hung upon the walls, and some trophies placed on the shelves. A set of appliances for playing music would be needed, and a corner to put a humidifier in must be reserved. And most importantly, she would purchase a set of sculpting tools, and a few choice pieces of stone, fit for working. Like this, it would be no problem to live on land for extended periods. She was no longer a convalescent, but an operator, an Abyssal Hunter, one with the name of Specter

She took out pen and paper, noting down her specifications in unique, fine calligraphy. Afterwards, she would take off for the Logistics Department to finish the modifications to this little space. A new life had begun.

Proficiencies: Severing "Before you hand over agency to me, you may need to make preparations for yielding no winnings at all."

Specter the Unchained is a 6★ Specialist [Substitute / Dollkeeper] whose substitute slows enemies and deals Arts damage over time.  She can use her kit to swap HP with an ally, become an undying DPSer, or a self-damage inflicting berserker.

Trait: Does not retreat upon receiving lethal damage, instead swaps to a <Substitute> (Substitute has 0 Block). Swaps back to the original after 20 seconds

Talent 1: The [Substitute] reduces the Movement Speed of nearby enemies and deals Arts damage to them every second

Skill 2:  Increase ATK and Attack Speed. Within the skill duration, prevent HP from falling below 1. When the skill ends, treat self as defeated

Specter the Unchained is a Limited Operator alter that will be the third Specialist [Substitute / Dollkeeper] and the first six star.  Unlike the other Dollkeepers, her substitute on death does not attack directly, but rather emits an aura that slows enemies and deals Arts damage over time.  The crowd control is an interesting addition that seems like it could have some tactical benefits.

One of the most obvious concerns is that, as an Alter, the new unit and original Specter cannot be used in the same squad.  The original Specter is known for being a strong 5 star unit who's undying S2 can have stalling applications in even some of the hardest content.  Specter the Unchained has similar elements with her S2, in that she cannot die while S2 is active, and then swaps to her Substitute when the skill ends (rather than being stunned).  Whether this skill can act as a true replacement to the original Specter is still a bit hard to tell, since skill duration, cycle time and initial SP (for helidrop) are all important elements.

S1 is an HP swapping skill that, although probably fun to use with Skadi or Surtr S3, probably won't see a lot of mainstream use.  S3 is a burst skill that does additional damage to enemies with HP higher than herself, and does self-damage if she attacks an enemy with lower HP than herself.  The obvious consequence of this skill is, as the enemies she's attacking die, she dies too, with the difference that her death is temporary.  As a burst dps skill, its effectiveness will depend on the numbers and modifiers, and will have stiff competition from existing best-in-class burst damage skills. 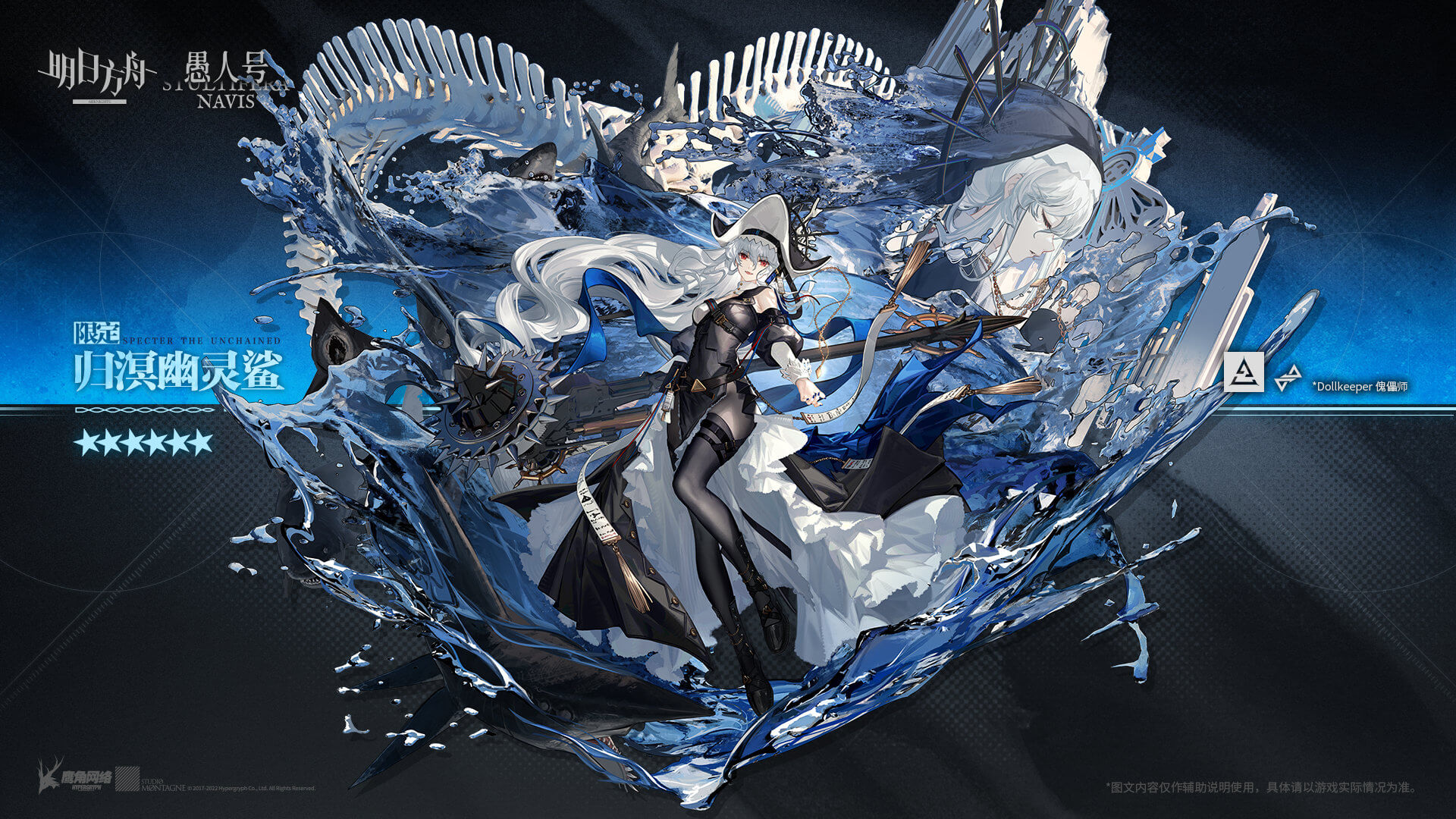