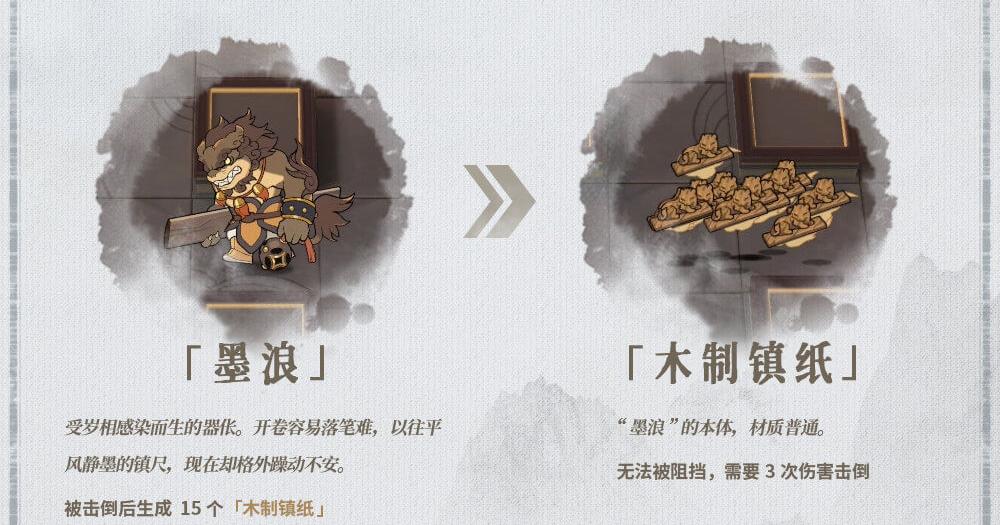 New Enemies and Mechanics For [Invitation to Wine]!

"器伥"(QìChāng, lit."item apparitions") are transformed from daily necessities of Shangshu.

When an "item apparition" is defeated, its "true form" may appear.

The "true forms" have a low moving speed, don't attack, can't be blocked and get eliminated after receiving a certain amount of hits.

This means ATK doesn't mean anything to the "true forms", ASPD is what really matters.

Their "true forms" only receive Arts or True Damage.

Their ex versions change the color palette from blue-and-white to gold-and-red.

Their "true forms" takes a large amount of hits to eliminate.

also nobody wants to try that Lemon Zhe'ergen flavor