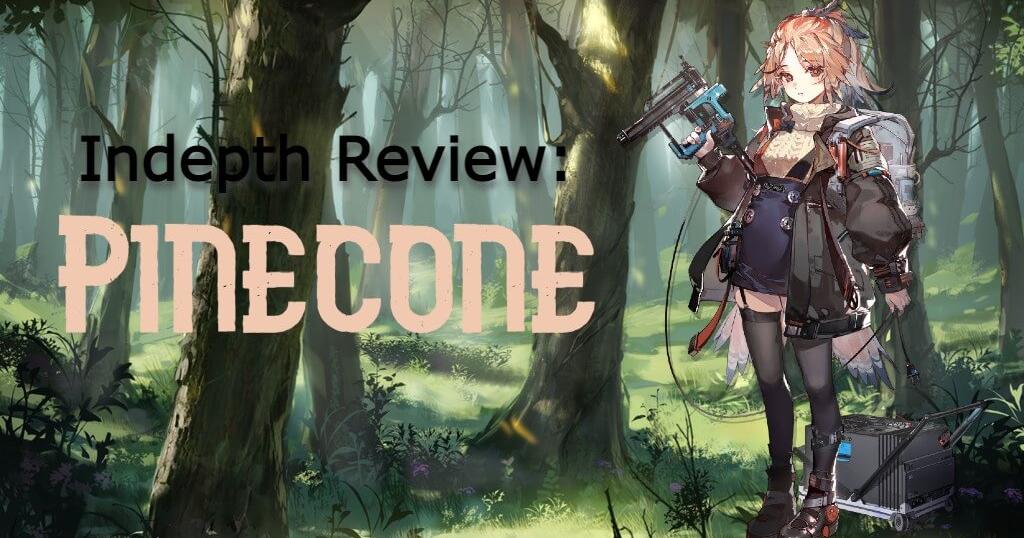 Pinecone is the future 4★ Boomstick Sniper featured in the Jail Tiger Unchained banner, which will run alongside the Mansfield Break event. Can she, being the lowest rarity part of her unique role, finally bring some good into it? Let’s find out in this review!

Much like Mountain and Passenger were supposed to be to their respective sub-archetypes, Pinecone is designed to redeem the Boomstick Sniper archetype, those AoE snipers with shotguns and really short range. Like Mountain and sadly unlike Passenger, Pinecone manages to elevate an often trashed role into an actual option worth considering with her very interesting kit.

While comparing her with 5★ Executor and Aosta may seem strange due to their rarity difference, Pinecone easily manages to overcome this hurdle by being a more widely useful (and in certain cases just straight up better) unit, providing really good DPS and AoE capabilities for such a low rarity unit. Let’s check her kit out! 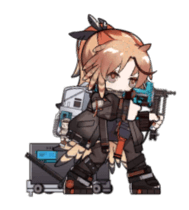 Can Pinecone finally shed some light on the shotgun archetype?

Looking at her stats may give a fairly standard impression of what she should be. All her stats, DP cost excluded, are inferior to both other units of her archetype, par for the course for this rarity difference. Even the trust gain is inferior. So, how is she the redeemer for this type of unit?

The answer will be made obvious when we look at her skills. For now, let’s continue by taking a look at her very unique talent.

Pinecone’s single talent is unique, with no one sharing exactly the same, and only comparable to that of Eunectes or Vermeil. For the first minute after her deployment, Pinecone will gain 0.5 extra SP per second, meaning a 150% charge speed for all her skills. This is pretty nice, even if it means she’ll be left without talent after those sixty seconds, and aids to both her first and second skill. There’s not much else to be said about it other than the fact that it can indeed stack with other Auto SP boosters, namely Ptilopsis, for a staggering 180% charge speed during that first minute.

Pinecone’s first skill is much unlike any of the other Boomstick Sniper’s, or any Sniper that isn’t Greythroat, in fact. This skill is an Auto Recovery instant attack skill with charges (think Eyjafjalla S2) and is, in fact, her best skill overall.

On a 9 second cooldown and storing a maximum of 3 charges, at Mastery 3 this skill will hit all enemies within range for 200% of Pinecone’s attack ignoring 250 flat Defense, plus the damage amplification of 150% to all enemies in the front row characteristic to her archetype. Simple as it looks, this skill is simply too good to ignore.

In the time it takes Executor to charge his second skill, Final Journey, from scratch and fully perform all the attacks, Pinecone will have gained 8 whole charges of this skill, 12 if we factor in her huge Auto SP charge modifier. Executor, meanwhile, will have shot 14 S2-boosted attacks. If we take into account Executor’s Def Ignore talent, we’re looking at 12 200% hits from Pinecone ignoring 250 Defense versus Executor’s 28 hits with no attack boost ignoring 160 Defense. Even without taking into account how a 200% attack boost lets Pinecone do actual damage up to much higher Defense where Executor would simply be scratching armor, it’s easy to see how Pinecone simply beats the Angel with a Shotgun at her sustained damage vs. his burst

Pinecone’s second skill is a bit strange. It reduces her range to the row in front of her (which means every single attack will trigger her passive trait, though it’s not like the rest of her attacks couldn’t already if correctly positioned) and increases her attack by a measly 60% on the first cast, increasing by 20% on subsequent casts until she reaches a maximum of 120%. While this skill seems directly focused on making use of her hypercharging talent, the truth is that it doesn’t really do it much justice. Yes, the first cast will only take 20 seconds, but the skill itself also lasts 20 more seconds, leaving just exactly 20 more to struggle into a second cast, which will bring this skill to an 80% boost, and all this is considering you activate her skill the second it becomes available. After this, you’ll have to wait a grand total of 80 seconds to get the best version of her skill, a 20 second 120% attack booster which reduces her range and, unlike her S1, has no Defense-ignoring capabilities. Long story short, compared to her first skill this skill is simply not worth using unless you need that extra bit of burst on a very, very long map where she can fully charge her S2.

So, should I invest in Pinecone? Do her skills really make this archetype shine? Will I use her even if I do have high rarity units? The answer is a solid MAYBE. It is undeniable that she’s very strong and definitely brings her whole archetype into the spotlight, and there’s no question that you’ll grab multiple copies of her in your search of Mountain. However, unlike the ubiquitous Myrtle, Pinecone is neither unique nor versatile nor strong enough to warrant a spot in every single team amongst other units. Is she strong? Yes. Is she fun? Yes. Should I slot her on my team? That, in the end, depends on you. 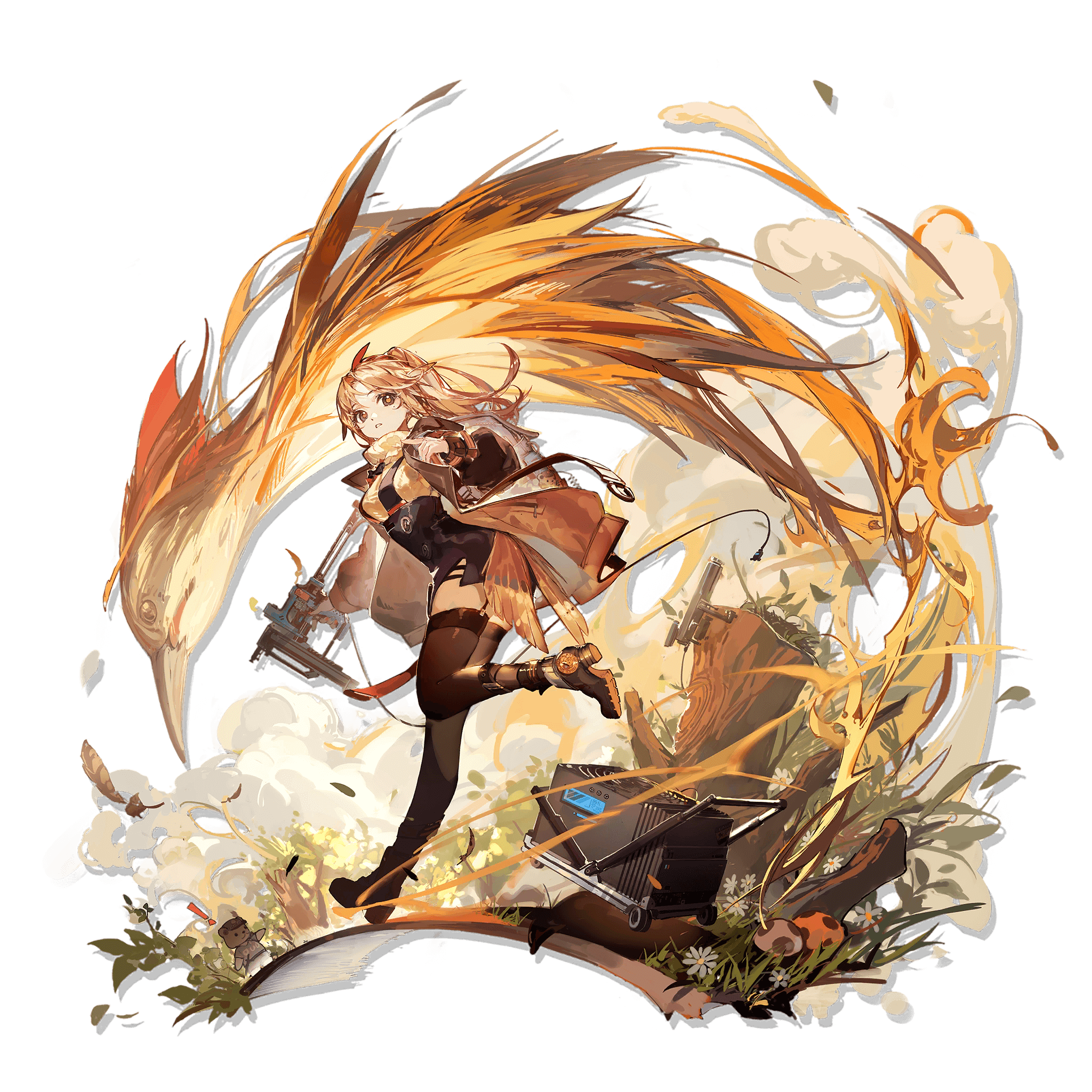 Doggo Dreaming Degen at Day's Dusk: It’s the【Hidden Moon】Roll Thread
image1351×640 155 KB We just got an announcement for the banner, it will be lived at…
Rainbow 6 collab coming to Global announced in KR stream + Who Is Real coming 30th July
twitter.com oyuki ❄ @oyuki_gms R6Sコラボ告知 4:33 AM - 22…
Arknights tech issue
Does anyone have the same issue as me with the app recently? I think it’s since the …
Bored Dokutahs Chronicles #37: Music Fes and patiently waiting for 1.5 anni
Don’t have any idea after the previous thread art spam so just randomly put these here…
Yostar reveals Azur Lane JP collaboration with Idolmaster series, opening possibilities of collaboration with other Japanese IP
twitter.com アズールレーン公式 (azurlane_staff) 【コラボアニメPV公開】…
Read More