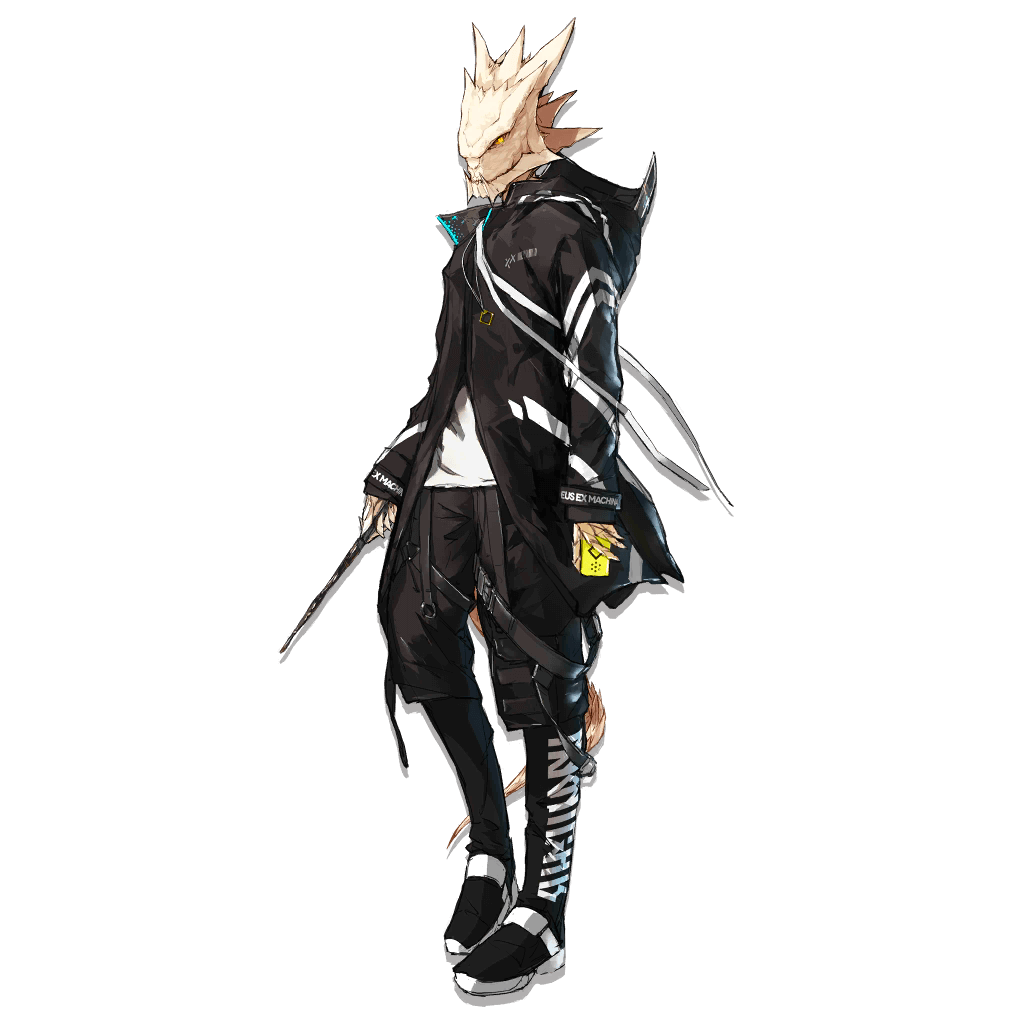 12F, Caster Operator of Rhodes Island, will provide tactical aid for the squad with Originium Arts.

At least he can help out with something. 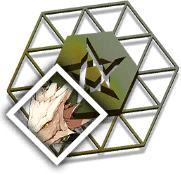 12F's Token A piece of chocolate wrapped in old packaging. The words "Merry Christmas" are written on the back, barely legible.
Potentials

When this Operator is assigned to the Reception Room, Clue search speed increases by 20%
Training Record Lvl: 30

When this Operator is assigned to the Workshop to process Chips, the production rate of byproduct increases by 70%

+ Trait: Attacks splash to nearby enemies
+ Talent: 50% physical Dodge
+ A very cheap to develop and deploy AoE Caster (AoE Casters are a relatively expensive to deploy Archetype)
- Much weaker than his easy-to-get 3 Star counterpart Lava

“12F? That was the day I came to this world. You could say it's my birthday.”

Considering the horrors he’s witnessed and the battles he’s fought, 12F was a seasoned soldier long before he became a Rhodes Island Operator. He quietly lends his expertise to the squads he participates in, both on an advisory level and as a 2★ AoE Caster. (Note, however, that he does not have the “AoE” tag for Recruitment, for some reason. Don’t put “Starter” and “AoE” tags together and expect him to show up.)

As a 2★ Starter Operator, 12F has no Skills and cannot be promoted. He does gain a Talent upon reaching level 30, though: Dodge Rate Up, which grants an enormous amount of passive Physical Dodge. Combined with his surprisingly high HP (even without promotion, his HP is higher than some 3★ Casters at max level), 12F can be unexpectedly survivable, especially if you stack additional sources of Physical Dodge on him from other Operators.

As an AoE Caster, 12F’s role is to do damage, usually to counter huge waves of weak enemies, and despite his purely defensive Talent and lack of promotion, his DPS is often sufficient to get the job done in the early game. As a 2★ unit, he also benefits from low DP cost (high DP cost is a drawback for most AoE Casters) and cheap upgrade costs, causing some Doctors to choose him over his higher-rarity, higher-DPS counterpart Lava. It’s a personal decision whether to raise 12F or Lava (or both), but 12F can certainly pull his weight when you’ve got a mass of Originium Slugs that need slaying.

12F was the alias commonly used by this Operator in his mercenary work. By his own account, he vacillated between different factions and was involved in several famous battles over the past few years.
The few verifiable documents we have confirmed that 12F was indeed present for these conflicts, either as a regular mercenary or security for a local facility.
He joined Rhodes Island with Owl, having been admitted for his unique combat experience as well as his experience in general. Now a standard Arts Operator assigned to normal duty.

Increase Trust to 50.
Originium Power Assessment:
Despite his extensive combat experience, 12F's Originium power was not decisive in any of his battles, as his own accounts confirm. But his grasp of Originium power is slightly better than your typical caster, and maybe factor into his continued survival.

Increase Trust to 100.
12F appears very stern and abrasive, but feedback from most Operators who have worked with this inconspicuous caster has been positive. The comments include "Didn't hold up the squad," "helped smooth over internal conflicts," "provided timely assistance," "made unexpectedly good suggestions."

Increase Trust to 150.
12F gets along with many Operators. In contrast, his closest friend, Operator Owl, has few other friends at Rhodes Island. 12F often makes concerted efforts to speak to Owl at places she frequents. Because the medical department is too busy to keep up on Owl's state of mind, F12 has been providing regular reports.

Increase Trust to 200.
12F has described many of his battles in detail, but reports that he's forgotten what his home and family looked like. "12F" was the designation he was given for his first mission. That was when he met Owl, who was on the opposing side. He was gravely wounded but lived long enough to become a prisoner of war.