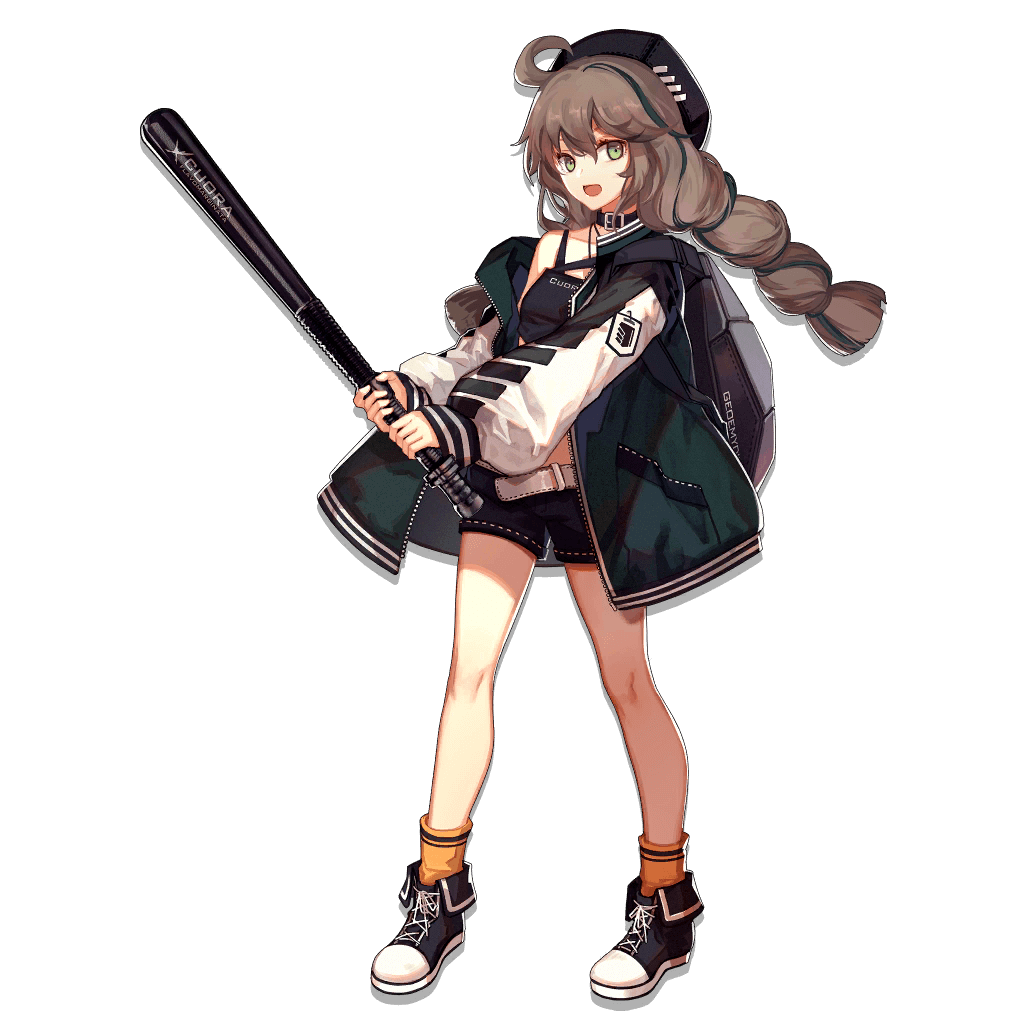 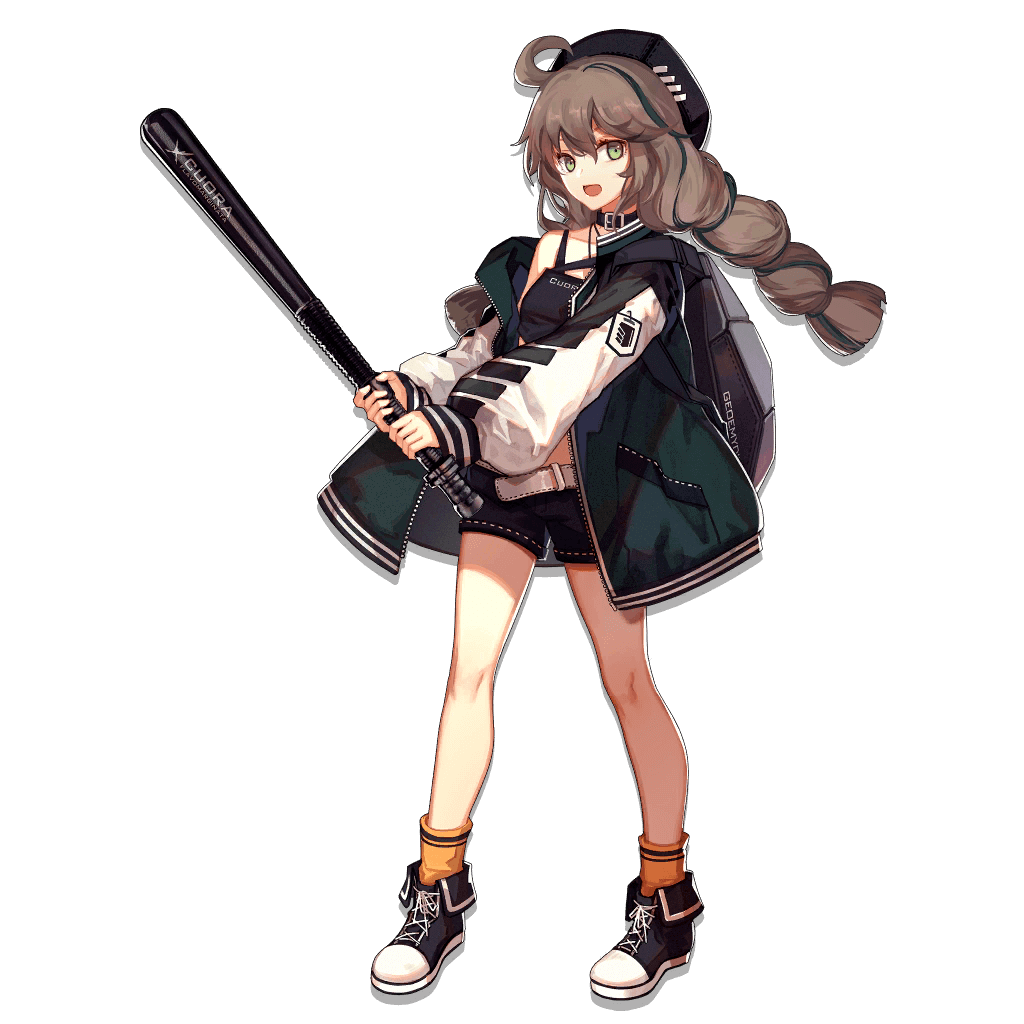 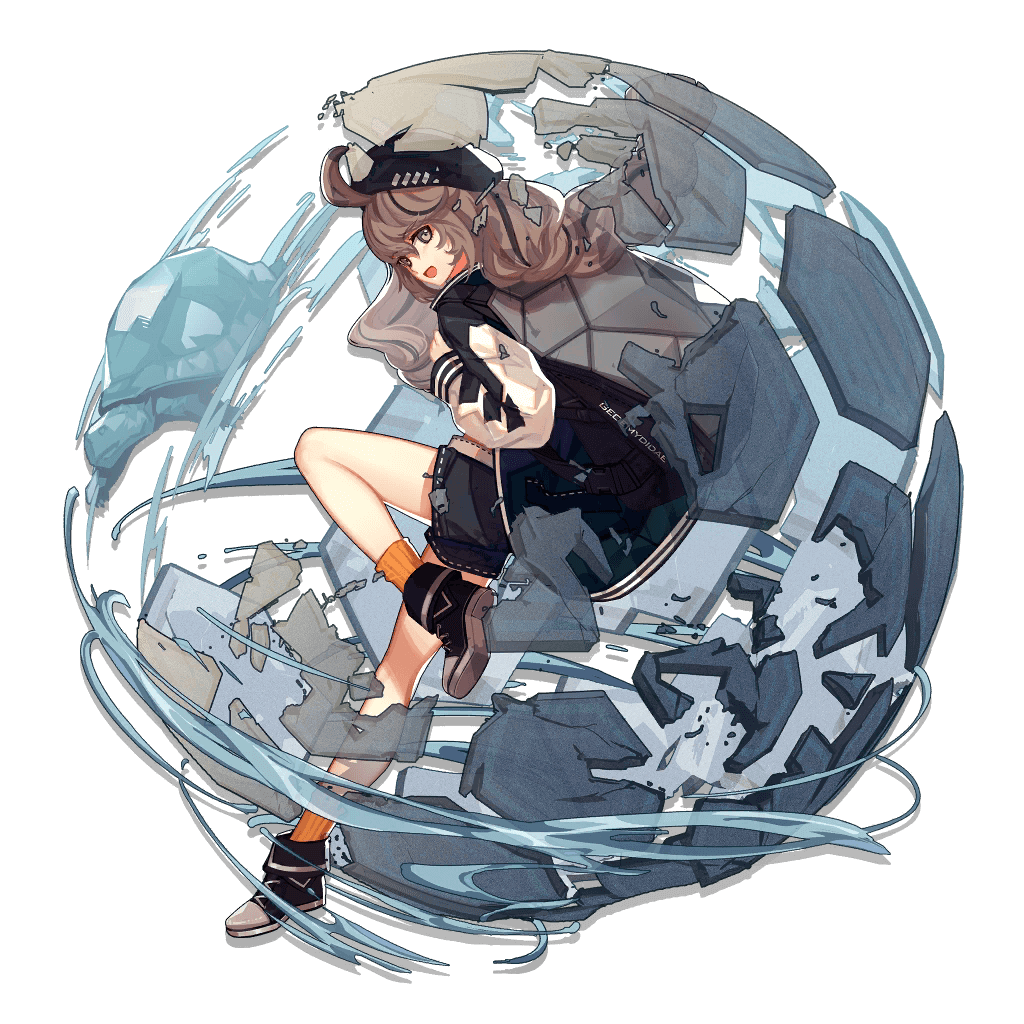 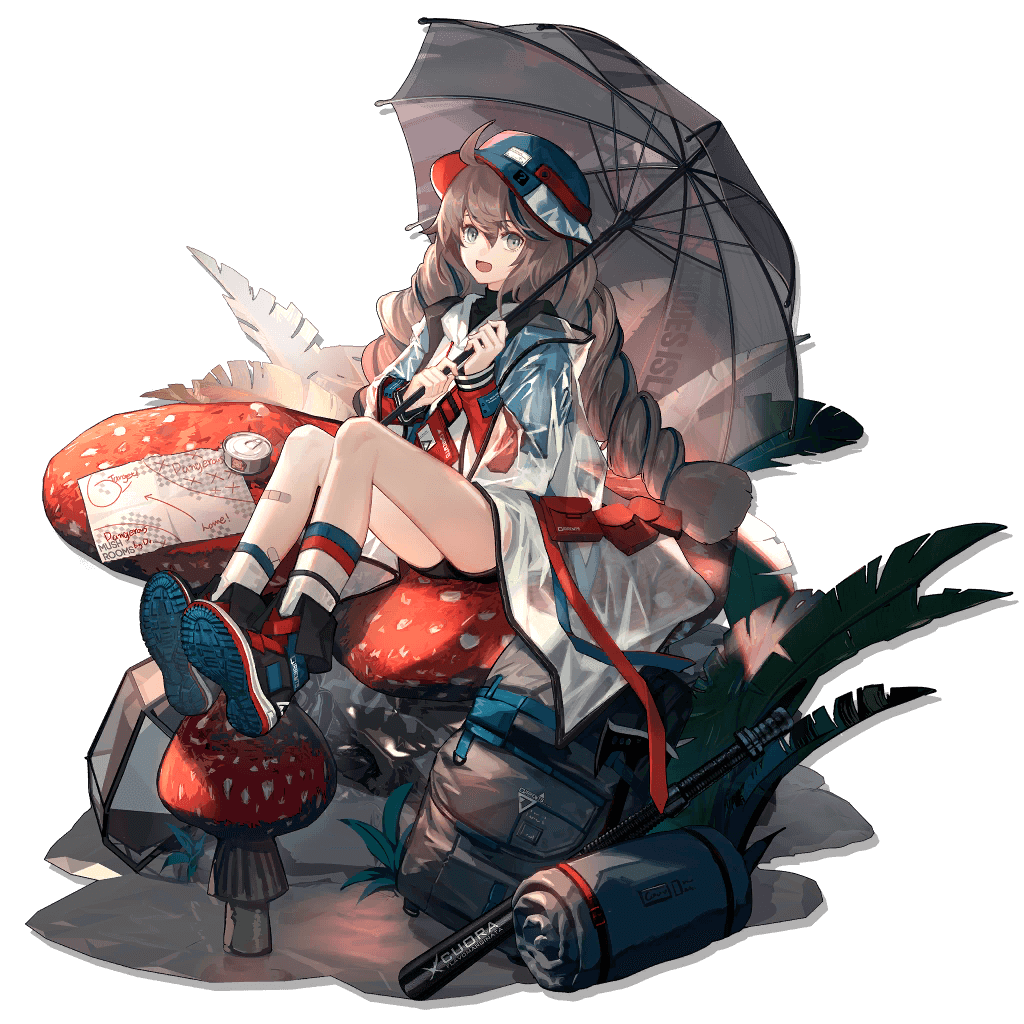 Cuora, Defender Operator of Rhodes Island, will provide reliable defense for the squad.

Yeah, it's time to get sturdy. Real sturdy. 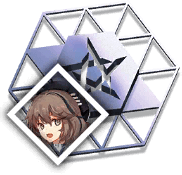 Cuora's Token A normal baseball bat bearing the illegible autographs of several famous players on it. Maybe, perhaps, those signatures are fake, but the desire to share them is real.
Potentials

When this Operator is assigned to a Factory, capacity limit +10 and productivity +10%
Order Distribution α Lvl: 1

When this Operator is assigned to a Trading Post, order acquisition efficiency +20%

+ Extremely durable 4* with the highest DEF potential in the game
+ Viable through all content
+ 4 Block while skill is active
- Very low ATK and dps
- S2: Doesn't attack during the duration

In most video games, mysterious girls with amnesia are delicate waifs with healing powers. In Arknights, resident amnesiac Cuora is a 4★ Defender who smacks everything with a baseball bat and magically toughens her skin to resist incoming attacks. You’ve got to give her points for originality.

You’ve also got to give her points for sheer sturdiness. Cuora is one of the most durable physical tanks in the game, between her DEF-increasing Defense Specialist Talent and her outstanding Skill 2, Shell Defense. This Skill gives Cuora a massive DEF boost, steadily restores her HP, and increases her Block by +1. Being able to Block-4 is an extremely rare and powerful tool, and it makes Cuora useful to players of all skill levels in any level of content. Although Shell Defense does stop her from attacking, it allows Cuora to handle strength and numbers of enemies that would outright kill many other Operators (even other Defenders).

Keep in mind that while Cuora has enough DEF to shame a conch shell, she couldn’t kill a paper bag without help, and all that DEF doesn’t matter one whit when Arts damage enters the fray. With no innate Arts Resistance and no Arts mitigation in her kit, Cuora is very vulnerable to enemy Casters. High DEF doesn’t make her invincible, either; some physical enemies hit so hard and so fast that even Cuora can’t keep up with their damage output without heavy aid. However, this doesn’t change the fact that Cuora is one of the most commonly used Defenders in Arknights. Don’t take her lightly because of her 4★ rarity: Cuora is reliable enough to serve players well into the lategame.

Increase Trust to 50.
When this enigmatic girl who has forgotten where she came from first became an official Rhodes Island Operator, she had to be taught to write her codename correctly, deliberately and diligently signing it on the dotted line.
Operator Cuora is so innocent and naive, not even Oripathy could dim her spirits. And no one has the heart to reprimand her when she breaks a window for the hundredth time playing baseball.
Operator Cuora clearly has an unusual passion for baseball. Her small round ball and black bat are practically her best buddies.
So, why baseball?

Increase Trust to 100.
Baseball is a sport that originated in Victoria, grew massively popular in Columbia and spread out from there. The ordinary folk, especially kids, became diehard fans of the sport very quickly.
According to Cuora, playing baseball strengthens the body and builds teamwork. She fiercely advocated playing the sport at Rhodes Island, even going so far as to hold basic drills, lessons, and even seminars on gamesmanship. It is obvious that she is very proficient and highly experienced with the game of baseball. And yet, observation showed that Cuora possesses very little actual combat experience. With her familiarity with baseball, she has been able to grasp mission plans, objectives and strategies far easier than one would expect from an inexperienced Operator.
After positive responses to Cuora's baseball presentations, she gleefully unpacked her bag and handed every Operator present a baseball.
Hold on. How is it that Cuora uses that ordinary-looking backpack to in all those defensive maneuvers?

Increase Trust to 150.
After examination by engineering and armory personnel, Cuora's backpack was determined to be an excellent defensive weapon. The protection it provides is on par with the standard tower shield issued to Rhodes Island Operators.
In fact, the front side of the backpack is not made from fabric, but an extremely lightweight metal alloy. In addition, the seams are sufficiently resilient that even sustained hammering cannot damage its integrity.
As for where she got the backpack, Cuora cheerfully replies that she doesn't remember. The investigation was halted when no lead on the weapon/item's origin could be found.
Further tests concluded that Cuora's baseball bat is made of the same alloy, despite being even more ordinary in appearance than the backpack.
So, how did the inexperienced Cuora, with her marvelous items, show up at Rhodes Island?

Increase Trust to 200.
The personnel involved recalled that they found Cuora napping under the sun on the deck of Rhodes Island above the bridge. At the time, Rhodes Island had just finished a supply drop to a small Columbian town before sailing off. After waking up Cuora, interrogation revealed she had absolutely no idea how she got onboard. Later, a physical examination confirmed she had an early stage of Oripathy.
Cuora was accepted into Rhodes Island as an Infected under existing protocols. Her strange talent was discovered at that time.
Regardless, Operator Cuora is now an official part of Rhodes Island. As for unraveling her past, it's on the to-do list.