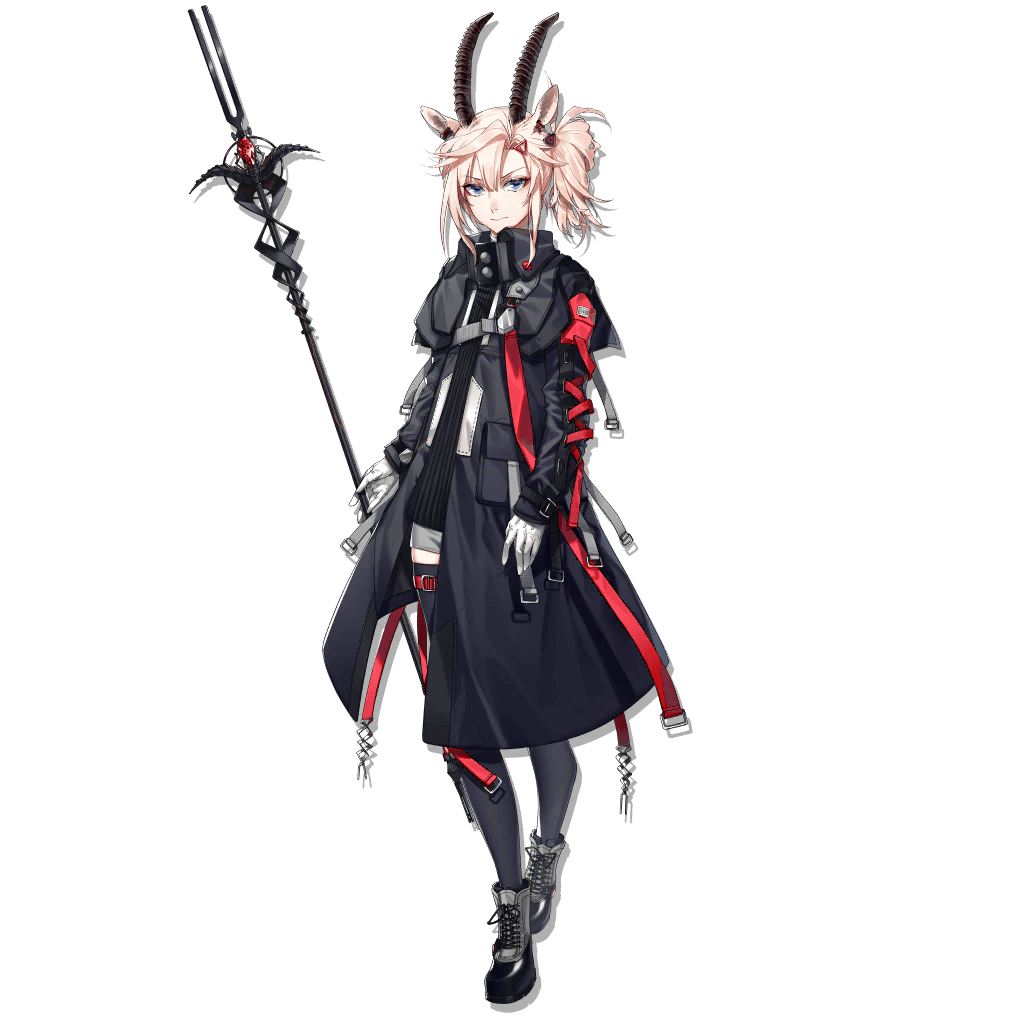 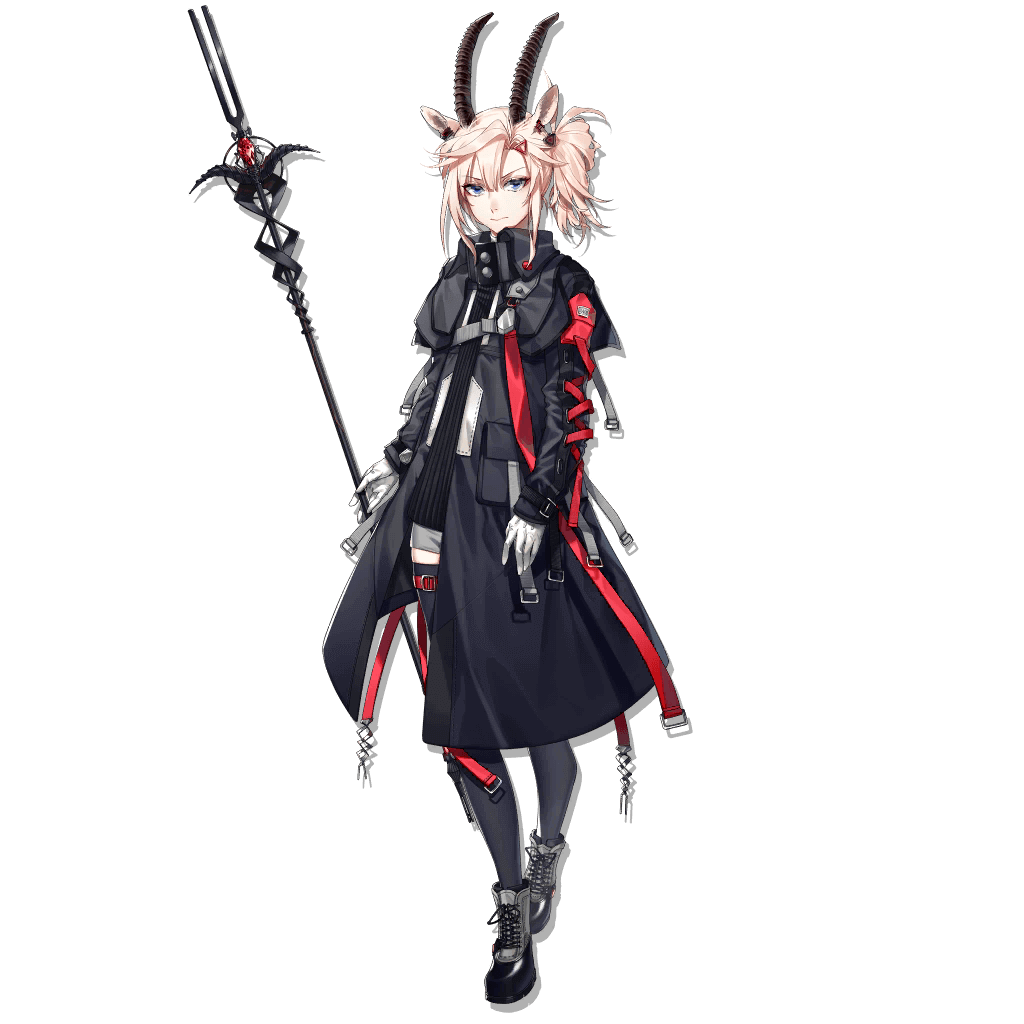 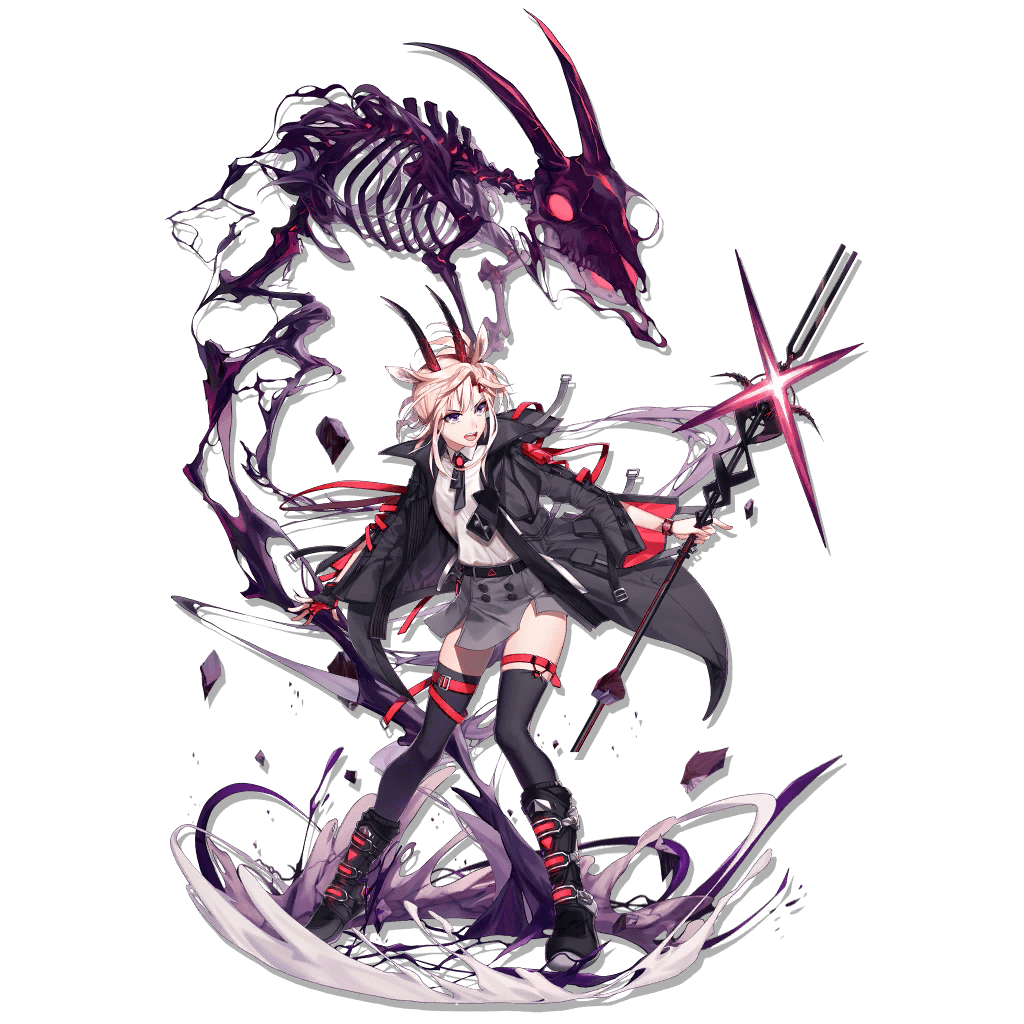 Earthspirit, Supporter Operator of Rhodes Island, will provide reliable support on the battlefield when she's on duty.

Is she hearing things again? 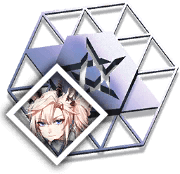 Earthspirit's Token A small piece of weirdly-shaped ore. Put it beside your ear to hear the low sounds of a liquid.
Potentials

Application Forms, To Be Confirmed Lv. 3
Further the duration ofSlow caused by the Trait significantly

When this Operator is assigned to the HR Office, HR contacting speed +30%
Clocking Out On Time Lvl: 1

When this Operator is assigned to the HR Office, HR contacting speed +45% and Morale consumed per hour +2
Geology β Lvl: 1

+ Trait: Attacks slow enemies
+ S2: AoE slow effect to all enemies in her Range for a good duration

- S1: +ATK% is suboptimal because she has low ATK to begin with
- S2: She doesn't attack
- low base stats

“Some rocks talk to me, you know... and they talk a lot! Some of them even squabble... so much that I lose sleep over it. You think I'm kidding? Do I look like I'm kidding?”

A geologist who specializes in field surveys, early Catastrophe warnings, and talking to the chunk of Originium on her staff. She may or may not be hearing things, but either way, it doesn’t detract from her skill as a Slow-focused Supporter Operator.

Earthspirit’s entire kit focuses around applying and maintaining the Slow debuff on her enemies. Her Talent, Geological Survey, increases the duration of her Slow effects. Her unique Skill, the manually activated Quicksand Conversion, trades damage for AoE Slowing power: while active, Earthspirit stops attacking and instead repeatedly Slows all targets within her attack range.

Earthspirit has terrible base stats, in particular her HP and DEF, which are some of the worst out of all 4★ Operators in Arknights. Her terrible ATK also means that if you’re using Earthspirit, it’s purely to Slow down large groups of enemies; she has very little use beyond that. On the flip side, that means she just needs Skill Levels and an E1 promotion to do her job, making her fairly low-investment, even for a 4★. She doesn’t win battles on her own, but in the right situation Earthspirit can be a helpful complement to the performance of other, stronger Operators.

Doesn't attack during her main slowing skill, and it just isn't effective enough to justify its use.

To be polite, Earthspirit is a rough unit. She needs full Mastery and Module level 3 just to reach 100% Slow uptime, which is an enormous investment cost considering she deals no damage while slowing. Use Ethan instead for your low rarity stalling needs. If you absolutely insist, go with S2, but she's the sort of unit that if you're raising, you're beyond my advice already.

In the content patch for the  [A Walk In The Dust]  event on CN, Earthspirit gained the following RIIC base skill:

Earthspirit is a geologist. She fills the gaps we have in fields such as environmental assessment, battlefield analysis, and terrain utilization.
She currently serves with a support squad performing geological surveys, early Catastrophe warnings and other related services for Rhodes Island.

Increase Trust to 50.
Operator Earthspirit is dedicated to her job. When she lowers her head to study a stone, it becomes the entire focus of her world. The joke is that even if you replaced Earthspirit's lunch with a pile of red clay, she wouldn't even notice until the end of the work day. And as much as her efforts pay off and her research bears fruit, she still makes sure to stop working at the proper time each day.
She is committed to maintaining a proper work-life balance by beginning and ending her research on time. Even since becoming Infected, she still keeps this commitment to what she considers a good lifestyle. Her professionalism and determination all stem from her personal approach to life, and she won't let anyone get in the way of that approach.
Of course, there are times when it will be necessary to ask Earthspirit to work overtime, at which point we will have to pay her a substantial overtime bonus, as well as endure her eye rolling.
Still, when you watch Earthspirit work, when you see her intense focus, and her meticulous appearance, you will know at once that she is one of the most professional Operators you could hope to meet.

Increase Trust to 100.
As a geological researcher, her passion for rocks began when she was still in school. According to Earthspirit, studying the soil composition of samples from different eras will help us better understand the history of the land (she used at least four descriptors for the 'land' alone). The study of rocks is the most fundamental discipline in the field, and also the most important.
Earthspirit's specialty is field surveys. She knows the formation, layout and history of all manner of different rocks and sediment, as well as what danger different forms of terrain could present to people. She never thought, though, that she would end up applying her expertise in battle.

Increase Trust to 150.
Earthspirit became infected while collecting Originium samples in the field. She seems rather apathetic towards her infection, however, because it failed to enhance her connection to Originium or any other geological formation. In fact, it has turned out to be a major hindrance to her work. She completely trusts the course of treatment offered to her because she hasn't the time to worry about her affliction.
To raise funds for her research, Earthspirit would also provide early Catastrophe warnings to towns and cities nearby while performing field surveys. Therefore making her a Herald of Catastrophe (despite her repeated insistence that it's only a second job, people still sought out her expertise).
Among the Herlads of Catastrophe, Earthspirit and Provence are friends (Provence still performs her duties as a Herald of Catastrophe while serving as a Rhodes Island Operator). Earthspirit also mentors volcanologist and fellow Caprinae, Eyjafjalla, on occasion.

Increase Trust to 200.
According to Earthspirit, the hunk of Originium on her staff often speaks to her. Before arriving at Rhodes Island, it was unintelligible chatter. But now she finds she can understand some of what it has to say.
Earthspirit finds this unnerving, but since her staff was custom-enchanted with Leithanian Arts and sonar projection added for geological surveys, she couldn't give it up. So she has to live with the voice and get used its chattering as part of her job.
Since no one but Earthspirit can hear the voice and no other Operators have complained, treatment for chronic occupational stress-related tinnitus should be considered.

Stage Name: mem_skgoat_1
Unlock: E2, Level 1
Description:
Earthspirit does repeatedly stress she has nowhere close to enough talent for Arts, but she has sufficient ability to integrate her own knowledge with Originium Arts theory, and can in appropriate places apply Originium Arts to induce quicksand formation in the ground, troubling enemy movement.
Doctor, we request that together with the formidable bounty hunter Skadi, you help her repel these headache-inducing enemies.
Should you spend too long, she'll consider this as overtime!