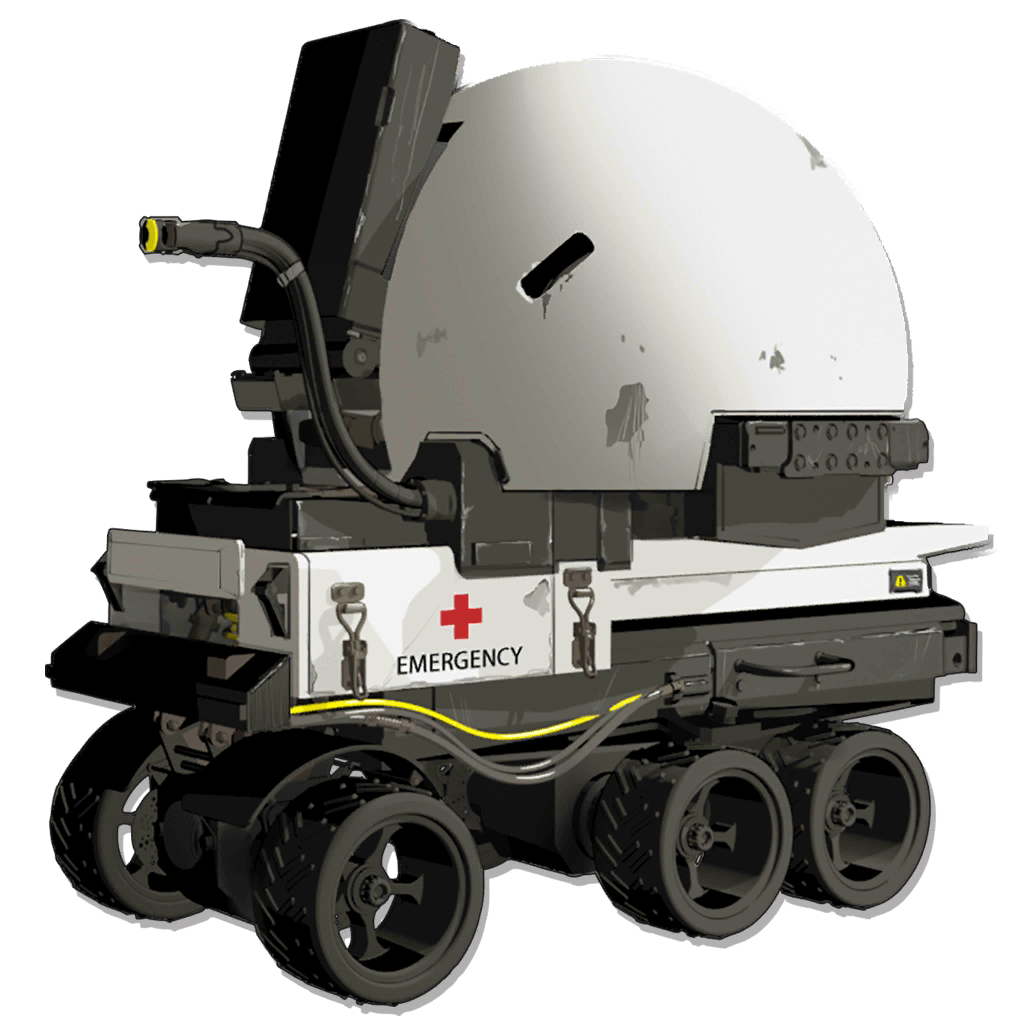 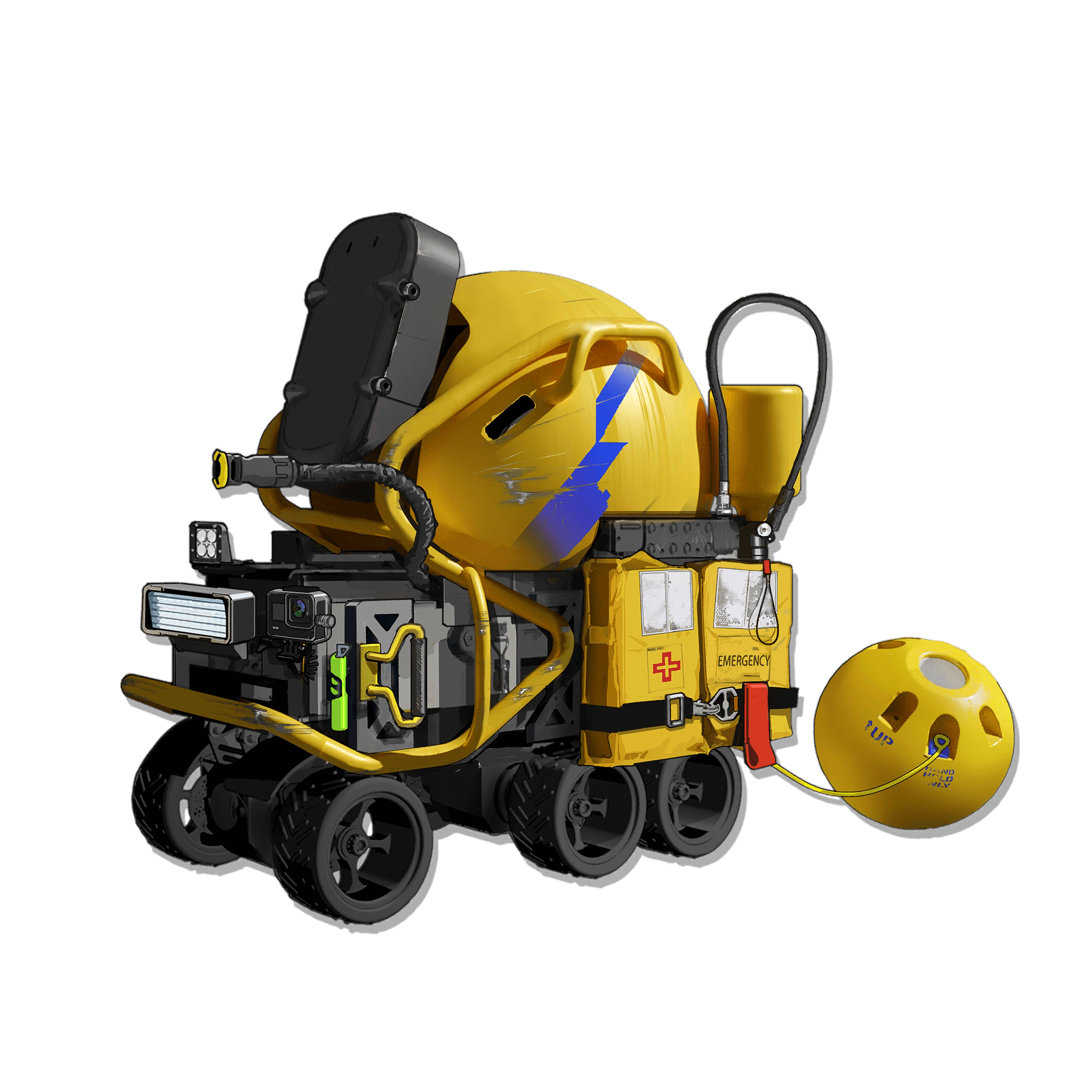 Restores the HP of allies and ignores the Deployment Limit, but has a long Redeployment Time

Lancet-2, Medic robot of Rhodes Island, is assigned by Engineer Closure to carry out medical assistance in the field.

She knows that she's a robot. 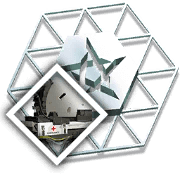 Lancet-2's Token A first aid spray kit whose box has a label 'Effective Immediately.' It can be added to medical equipment or used directly.
Potentials

Immediately restores the HP of all allies by 200 after deployment
Info
Support Spray 2
Lvl: 1 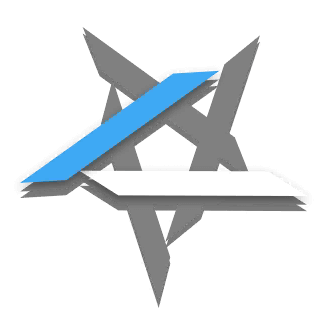 Immediately restores the HP of all allies by 260 after deployment
Info
Support Spray 3
Lvl: 1

Immediately restores the HP of all allies by 320 after deployment
Info
Support Spray 4
Lvl: 1 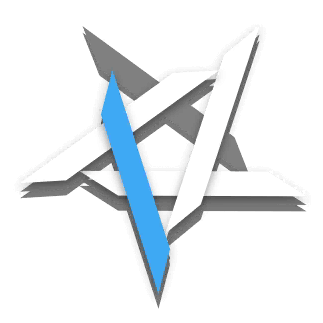 Immediately restores the HP of all allies by 380 after deployment
Info
Support Spray 5
Lvl: 1

Immediately restores the HP of all allies by 440 after deployment
Info
Support Spray 6
Lvl: 1

When this Operator is assigned to a Power Plant, increases the drone recovery rate by +10%
Medical Service Lvl: 30

When this Operator is assigned to a Dormitory, restores +0.65 Morale per hour to another Operator assigned to that Dormitory whose Morale is not full (Only the strongest effect of this type takes place)

“You've worked hard. How would you like a cup of coffee, Doctor? I'd also like a sip of that coffee... but I can't... so I'll just have to be satisfied watching you enjoy yours.”

This medical A.I. can’t understand why humans seem to find her rounded design and her pessimistic attitude to be endearing qualities. As far as she’s concerned, her only usefulness is born from her role as Rhodes Island’s 1★ Robot Medic.

Even if she is correct in her assessment, being a Robot Medic in Arknights is enough to give Lancet-2 several interesting and useful qualities. When deployed, Lancet-2 immediately uses her Talent, Support Spray, which restores HP to all Operators on the battlefield. Since she has an extremely cheap DP cost and does not count toward the Deploy Limit, her Talent can provide emergency healing in any situation at a moment's notice. To make up for this, she has a very long redeployment time.

After using her Talent, Lancet-2 begins dispensing small heals to allies in her attack range, like any other Medic. However, bear in mind that her stats are some of the worst in the game by an enormous margin. A single enemy attack will likely destroy her, and her abysmal ATK limits the impact of her healing. In some cases, you might prefer to retreat her and use her Talent again later in the fight. Either way, Lancet-2 brings more than enough utility to the field to be worth the negligible investment it takes to develop her.

Can help with spot healing for earlygame and doesn't use a deployment slot.

To give it to a specific Operator, place Lancey and the desired Operator alone together in the Dormitory.  Lancey will target the Operator with the skill (they do not target themselves). When adding other Operators to the dorm the skill will not switch target until the current target has been fully replenished.

Lancet-2 is a custom Raythean-S62 Model six-wheeled operations platform. Its rounded design has led Lancet-2 to be perceived as cute, making her something of a mascot. Although she has a rather pessimistic dispensation, she is still well-liked.
After being modified by Closure, Lancet-2 is able to perform more medical duties around the island, and her equipment is geared towards disinfecting and cleaning Originium contamination.

Increase Trust to 100.
She is rather displeased with Closure's modifications. Her settings were changed to increase her personal opinion of Closure, and does not understand why that had to be the case. Closure thought her pessimism was funny, and thus increased the frequency and intensity of her self-deprecation.