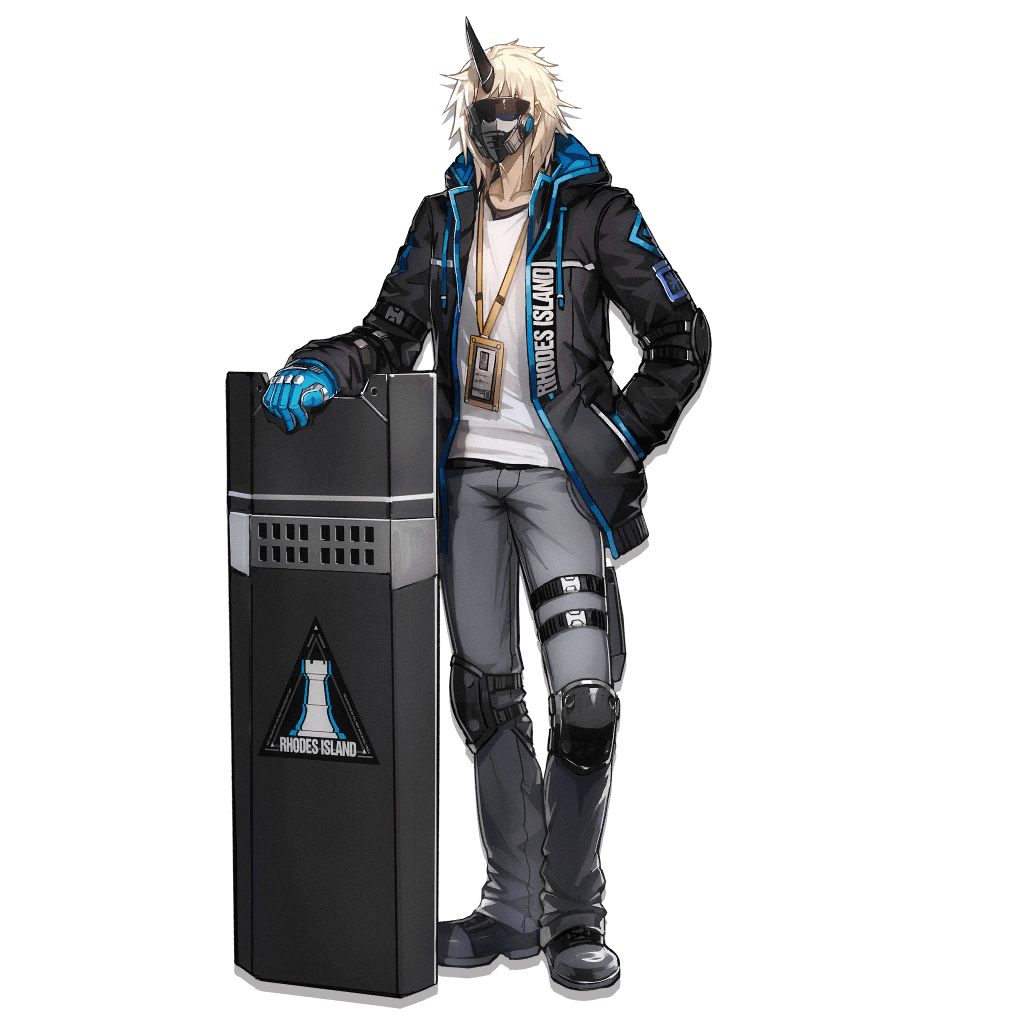 Noir Corne, Defender Operator of Rhodes Island, will provide a solid defense for the squad.

You can see him cleaning his mask carefully every day. 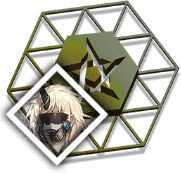 Noir Corne's Token A timeworn mask used during sacrificial festivals. The hollow eye sockets bore witness to the birth of the land.
Potentials

When this Operator is assigned to a Factory, capacity limit +10 and productivity +10%
Order Management α Lvl: 30

When this Operator is assigned to a Trading Post, order acquisition efficiency +10% and the order limit +2

“There's always the need for guys like me, you know? Nah, I'm not trying to act high and mighty. What I'm saying is: when you have a VIP plus a lot of danger, you need a guy to stand between them, that's all.”

His mask may make him seem distant, cold, and a little too much like the Phantom of the Opera, but nothing could be farther from the truth. Noir Corne (meaning “black horn”) is a Rhodes Island veteran who treats his juniors with warmth and generosity, watching their backs as a 2* Defender and one of the Starter Operators in Arknights.

As a 2* Operator, Noir Corne has no Skills, nor can he be promoted. However, he does earn a Talent at level 30: Improved Armor, which passively increases his HP and DEF. This gives him a tanking power spike that allows him to be useful for longer than his low maximum level would suggest. Combined with his ability to Block up to 3 enemies at once, Noir Corne can be a good low-investment meat shield, but his inability to promote means he won’t be able to survive high-level enemy fire.

He is valuable enough early on that it can be worth leveling him, especially if you are short on other Defenders. Early in the game, he can spearhead your main defense; in the midgame, he can still be used to guard alternate enemy routes or catch enemies that slip past your main lines.

A surprisingly fine Defender for a 2-star unit. Can be used in a pinch for a Block-3 body if you can't (or don't want to) spend the resources on a higher-rarity Defender.

One of Rhodes Island's core Operators. On the battlefield, he rushes to the vanguard to protect his teammates, but back at the Ark, he quietly dedicates himself to logistical duties.

[Cell-Originium Assimilation] 11%
No major infection symptoms have yet appeared.

Increase Trust to 50.
A veteran Operator of Rhodes Island in both age and experience, Noir Corne's habit of wearing a mask often makes him seem unapproachable. However, those who converse with him quickly find that he is an easygoing, brotherly figure who gets along well with his juniors and never touts his seniority.

Increase Trust to 100.
Noir Corne keeps a huge collection of masks in his room. He'll wear the most suitable mask for each occasion.
The mask he is seen with most frequently also seems to be his favorite. In his own words, 'This one best suits Rhodes Island's ambience.'
By the way, his mask does not hide any terrible secrets.

Increase Trust to 150.
The most peculiar thing about Noir Corne's personality is his caution around Yato - not fear, but a conspicuous, careful deference so as to avoid angering her - which has spawned plenty of gossip among the operators.
However, neither their backgrounds nor their interactions seem to clarify why.

Record: The Other Side of the Deck
Unlock: Level 30, Trust Required: 50

Stage Name: mem_noirc_1
Unlock: Level 30
Description:
In real combat, thanks to his plentiful combat experience, Noir Corne can be readied in a snap, and help the commander establish a front in the initial moments.
Even if the enemies' offensive comes to be too fierce, Noir Corne won't be flustered. He knows it best, after all: if he falls before his teammates, then he'll stand back up before his teammates too. Regardless of if it's the tip of the frontline or the very rear, he'll hold fast.