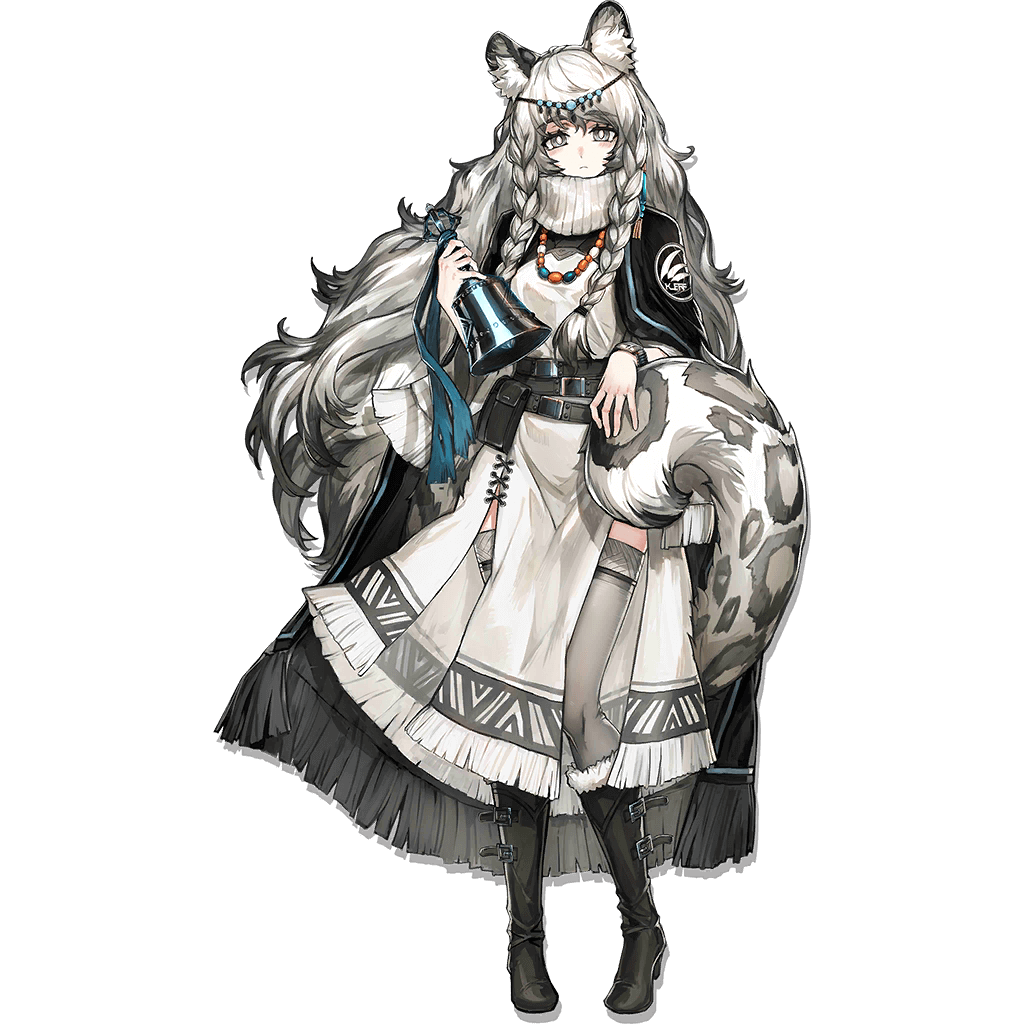 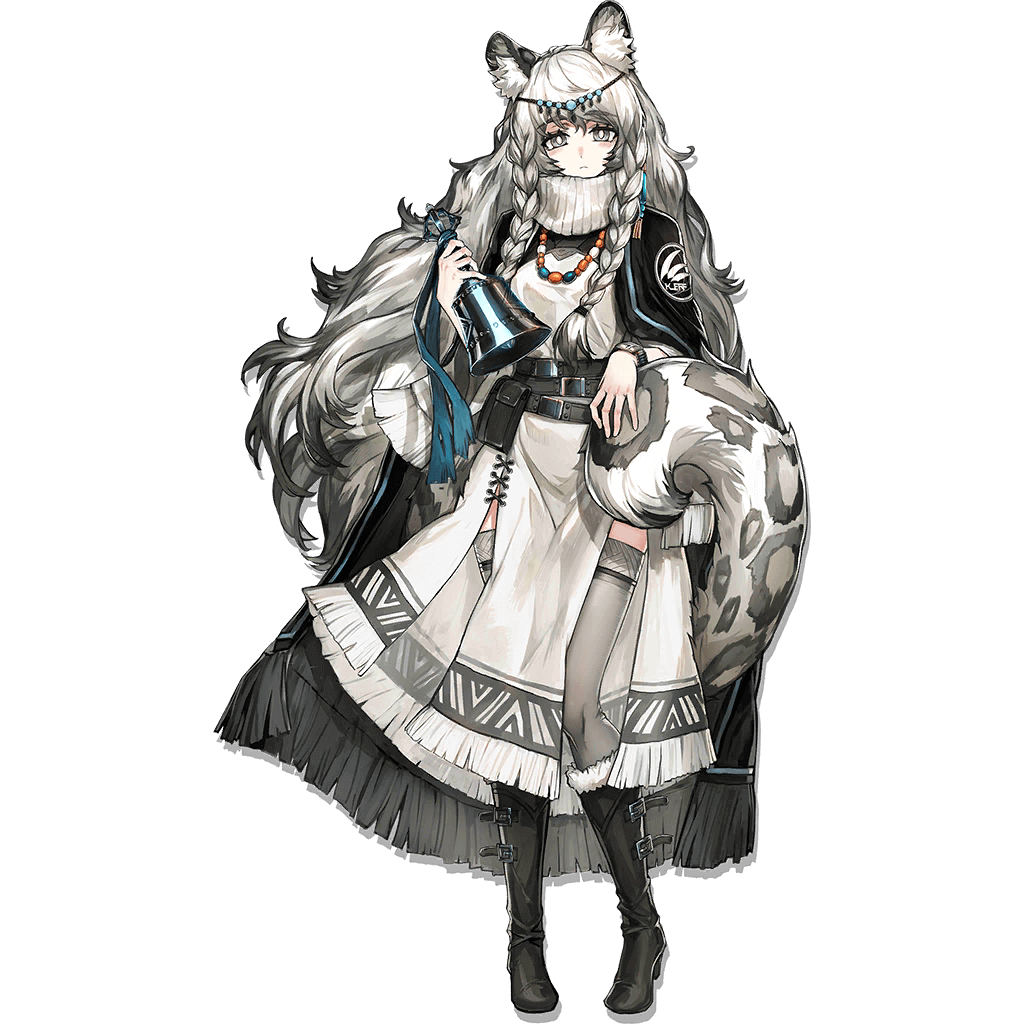 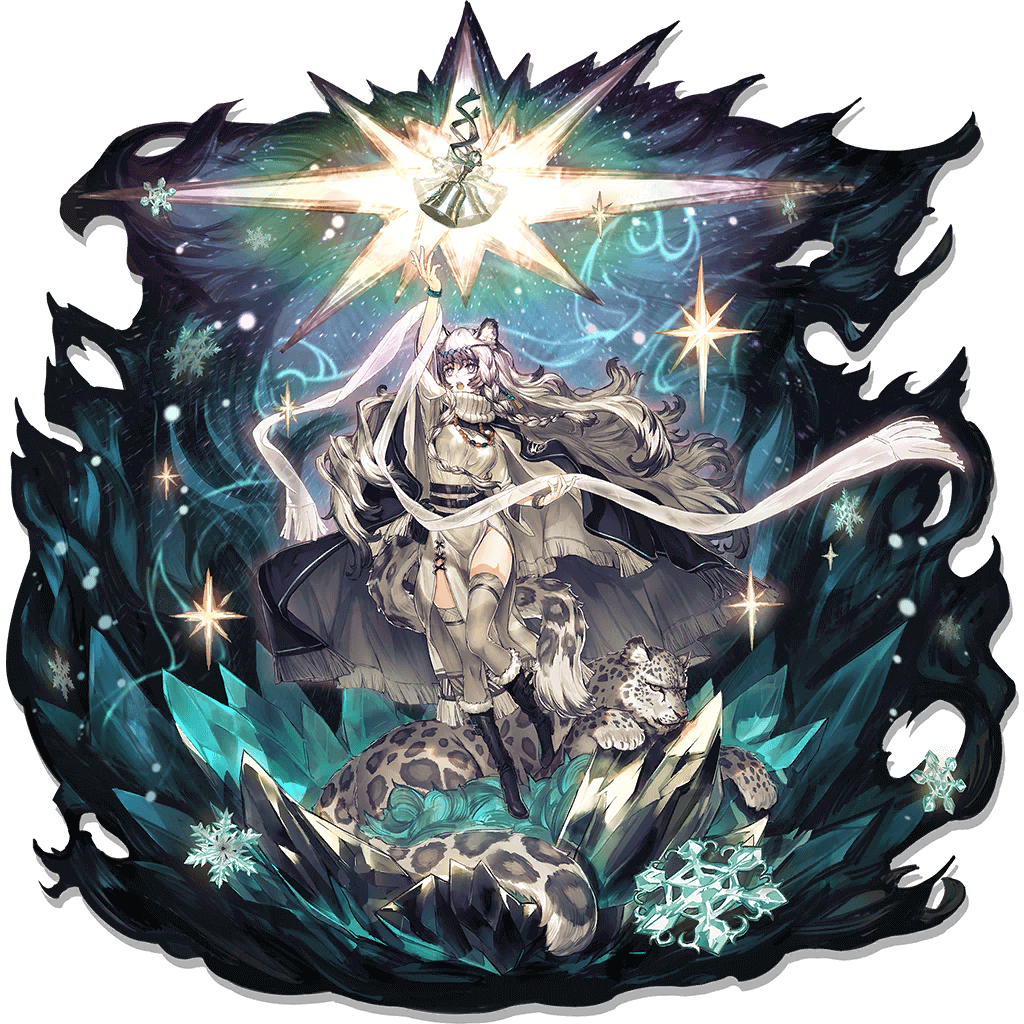 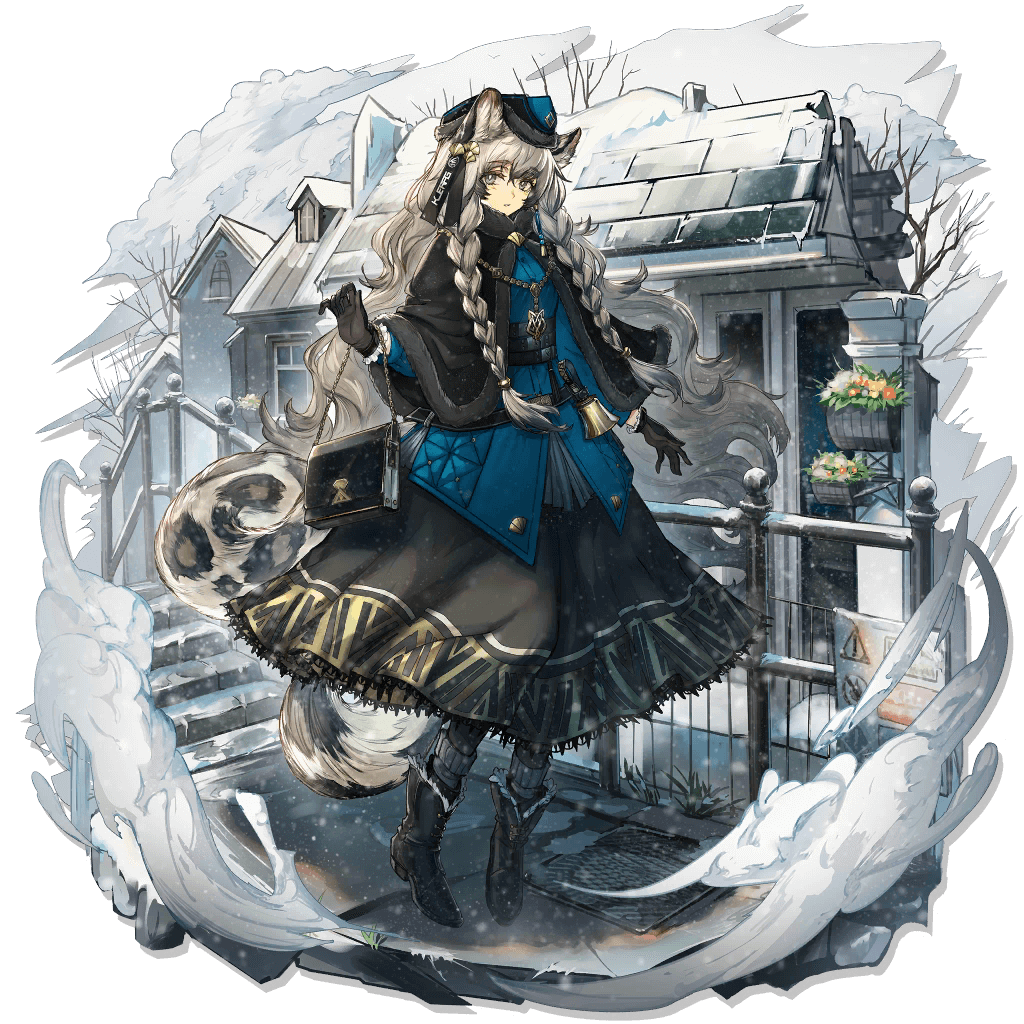 Pramanix, Karlan Saintess, is willing to send holy blessings to you as a Supporter Operator. 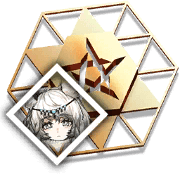 Pramanix's Token A small silver bell. It emits refreshing tinkles when stroked by the breeze.
Potentials

When this Operator is assigned to a Dormitory, restores +0.5 Morale per hour to another Operator assigned to that Dormitory whose Morale is not full (Only the strongest effect of this type takes place); furthermore, self Morale recovered per hour +0.25
Supporter Expert β Lvl: 1

When this Operator is assigned to be the Trainer in the Training Room, Supporter Operators' Specialization training speed +50%

+ Talent: Boosts damage against enemies under 40% HP
+ Talent 2 and S1: Attacks 2 targets at once
+ S2: Huge DEF and RES debuff
+ Cheap to deploy
+ High HP and RES means she can frontline vs enemy casters

“Work hard, play hard, right? Don't force all those rigid rules on me.”

With a peal of her Sacred Bell, the Kjerag Saintess protects her allies by weakening her foes.  Pramanix is a low-DP-cost Supporter Debuffer unit who deals ranged Arts Damage and inflicts unique and powerful debuffs on enemies within her range.

Regardless of whether you need offensive or defensive support, Pramanix has you covered. Her first Skill, Echolocation, reduces enemy attack speed, making it easier for Medics to keep up with incoming damage. Her second Skill, Natural Deterrent, helps your team secure kills instead, as it debuffs enemy Defense and Resistance by a percentage. This is perfect for taking down tanky Elite and Boss enemies.

Pramanix’s debuffs are assisted by her huge attack range (which becomes particularly unique after E1) and her ability to attack two targets at once (first with her Skill 1, then with her Talent 2). However, she is limited by her low damage output. Even with her debuffs active, Pramanix needs her allies to finish off weakened targets. For facing enemies with low base Defense and Resistance, a pure DPS Operator will be a better choice, since her percentage debuffs won’t have much effect on them. That being said, Pramanix brings utility no other Operator can provide and, if used properly, can help turn a good team into a great one.

Reduces enemy DEF and RES, so works well with any kind of DPS Operator. Her damage is low, but she's cheap and she hits multiple targets with S1/ at E2. Possibly useful for earlygame Arts damage if you're unlucky with Casters; otherwise, doesn't see much value until lategame.

This fluffster is one of the only 5★ Operators that gains an additional Talent upon reaching E2.  Double Tinkle allows her to tinkle twice, hitting 2 enemies with each attack and effectively doubling her normal damage when multiple enemies are present.  Her first Talent, Weakening, also gets its Damage Taken effect (a rare Damage Taken Increased multiplier) doubled.


Pramanix is a powerful debuffer. Advanced players especially will find value here and she is a core component of many buff comps. The defensive debuff at M1 and M2 is significant, but most of the value lays at M3 with the RES debuff as RES debuff is very hard to find. Story players won't find anywhere close to the value as the debuff values tend to be overkill in story situations and she lacks Shamare's flexibility and uptime.

Pramanix is a Karlan Saintess born in Kjerag, the leader of the entire religion of her homeland. She uses the holy bell given to her by the gods to summon the power of wind and snow. She came to Rhodes Island by secret means, and the post she holds as well as how long she's held it are both confidential.

[Blood Crystal Density] 0.11u/L
This Operator has not been active in zones with large concentrations of Originium.

Increase Trust to 50.
The Karlan Saintess, the Enlightened One, and the Praised One...all of these titles belong to Pramanix and Pramanix alone. As the supreme leader of the entire religion of Kjerag, she has a series of special privileges. Even her older brother, nominally Kjerag's most senior official, SilverAsh, must bow to her in public. She is honored, perfect, and divine. She brings glory to Kjerag. Yet nobody knows that in her heart, she is suffering.

Increase Trust to 100.
The ceremony for canonizing a new saint is sacred, but brutal. After the current saint passes away, girls of the appropriate age all head to the shrine where a saint is chosen. Only the girl hit by the first drop of water from the thawing ice obtains the right to be the saint. Afterward, the chosen one takes the trial bell and sets out from the shrine. They follow Heaven's Road up the mountain to the Residence of the Gods. Once they hang the trial bell upon its hook there, the trial is over. En route, it is customary for the girl to nod her head every three steps and ring the bell every five. Those who break this custom lose their chance to become saints. The new saint is born from the thawing snow on the second day. Because Heaven's Road is long and winding, the trial is very severe. Some give up immediately. Others collapse on the side of the road. Only those who have a solid constitution, strength, piety, and the protection of the gods will have the chance to become the saint.

Increase Trust to 150.
Aside from the elders of the Vine-Bear Court, Pramanix also has to deal with the everyday affairs of the clergy: visiting statesmen, conducting all manner of religious ceremonies, and deciphering countless scriptures. There are so many tasks that she is sometimes overwhelmed with pressure, to the point of being unable to breathe. Because of this, she has to come up with clever methods to relax. It is then that she unloads her burden and reveals her true nature.

Increase Trust to 200.
If she hadn't become saint, Pramanix might still be at the old Silverash residence, fiddling with her favorite silks, drinking tea, or reading books into the afternoon. However, her brother made a difficult decision, and they reached a compromise. The two have since broken off contact with one another. Even their blood relation cannot make up for the disappointment Pramanix feels toward SilverAsh. Apart from polite greetings in public, the two haven't had a conversation since.

Upgrade to Elite LV2.
Pramanix's bell was given to her by the gods. According to legend, its sound can summon ice and snow strong enough to extinguish flames and wrap the world in cold. In reality, it does not live up to such exaggerated stories, but it is still a much stronger weapon than most ordinary staves. It should be noted that when ringing the bell, it must be accompanied by a prayer. If the bell does not sound, then its wielder will be encased in ice. If a mistake is made in the prayer, the Arts will be cast upon the bell-wielder herself. Essentially, no one but Pramanix is capable of using the bell.