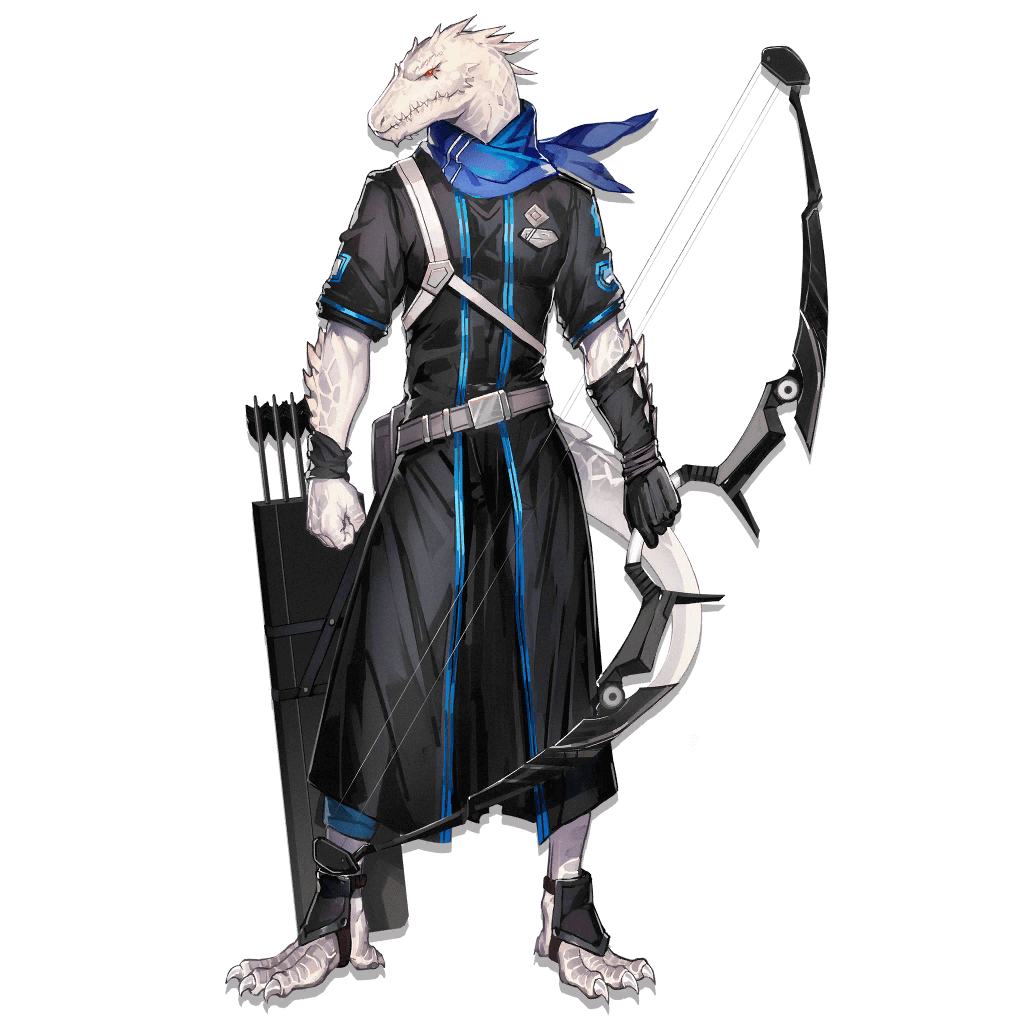 Rangers, Sniper Operator of Rhodes Island, will repel enemy attacks with his longbow.

His energetic disposition conceals his age. 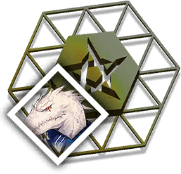 Rangers' Token Two pieces of flint strung together. It was from these small things that civilization was born.
Potentials

When this Operator is assigned to the HR Office, HR contacting speed +20%
Strong Despite Years Lvl: 30

When this Operator is assigned to the Workshop to process any material, the production rate of byproduct increases by 60%

+ Talent: Increased damage to flying targets makes his attacks really hurt drones
+ Extremeley cheap to develop and deploy
- Weak against anything not flying (he is shooting nerf arrows)

“I have an unusual skin tone, you say? It came from back when I snuck into a biolab, and... Please, I'm joking around.”

An elderly albino Savras who is an expert at using the environment to his advantage. However, it’s not his educational lectures that capture the imaginations of the younger Operators at Rhodes Island, but his ability to spin a yarn after class is over. As a 2* Starter Anti-Air Sniper, the much-loved “Grandpa Rangers” boasts high attack speed and a Talent for taking down aerial targets.

As a 2* Operator that cannot promote and has no Skills, Rangers may not look like much at first glance, but he’s actually quite skillful at his niche. He has a powerful Talent: Anti-Air Master, which dramatically increases his ATK when targeting aerial enemies. He is also notable for gaining attack speed from his Potential buffs. Since Anti-Air Snipers have a fast attack interval by default, the extra attack speed really helps his arrows fly!

Despite his Talent, Rangers does eventually fall behind higher-rarity Snipers who can promote and are much stronger against all incoming targets, flying or not. Rangers’ terrible HP and DEF also become an issue when enemy drones start shooting back. However, with his cheap DP cost and rapid-fire arrows, Rangers is a solid early-game Sniper who can shoot down enemy drones as if they were pigeons.

Very little cost to max out, can deal decent damage to drones

Rangers serves on Rhodes Island Reserve Op Team A4. A longtime veteran, he has traveled to many different places prior to serving in Rhodes Island's reserves. An expert archer, he still retains the characteristic agility and vigor of the Savras despite his advanced age.

Increase Trust to 25.
Radiological scan showed clear outlines of internal organs, with no visiable abnormalities. Originium Particle Test of the circulatory system indicates no Oripathy. The subject is confirmed uninfected.

Increase Trust to 50.
A master of camouflage and utilizing the environment to his advantage, Rangers favors pre-emptive strikes using the element of surprise over waiting for his prey.

Increase Trust to 100.
Rangers is, without doubt, an excellent storyteller whose head is filled with fantastic tales and a desire to share them with others. After each morning class, many younger Operators offer 'Grandpa Rangers' a glass of water and beg him to regale them.

Increase Trust to 150.
Unlike that of most Savras, Rangers's skin provides no natural camouflage at all. But he is also more confident and more open to communication than most of his kin. Whether that is a blessing or a curse is strictly up to him to decide.