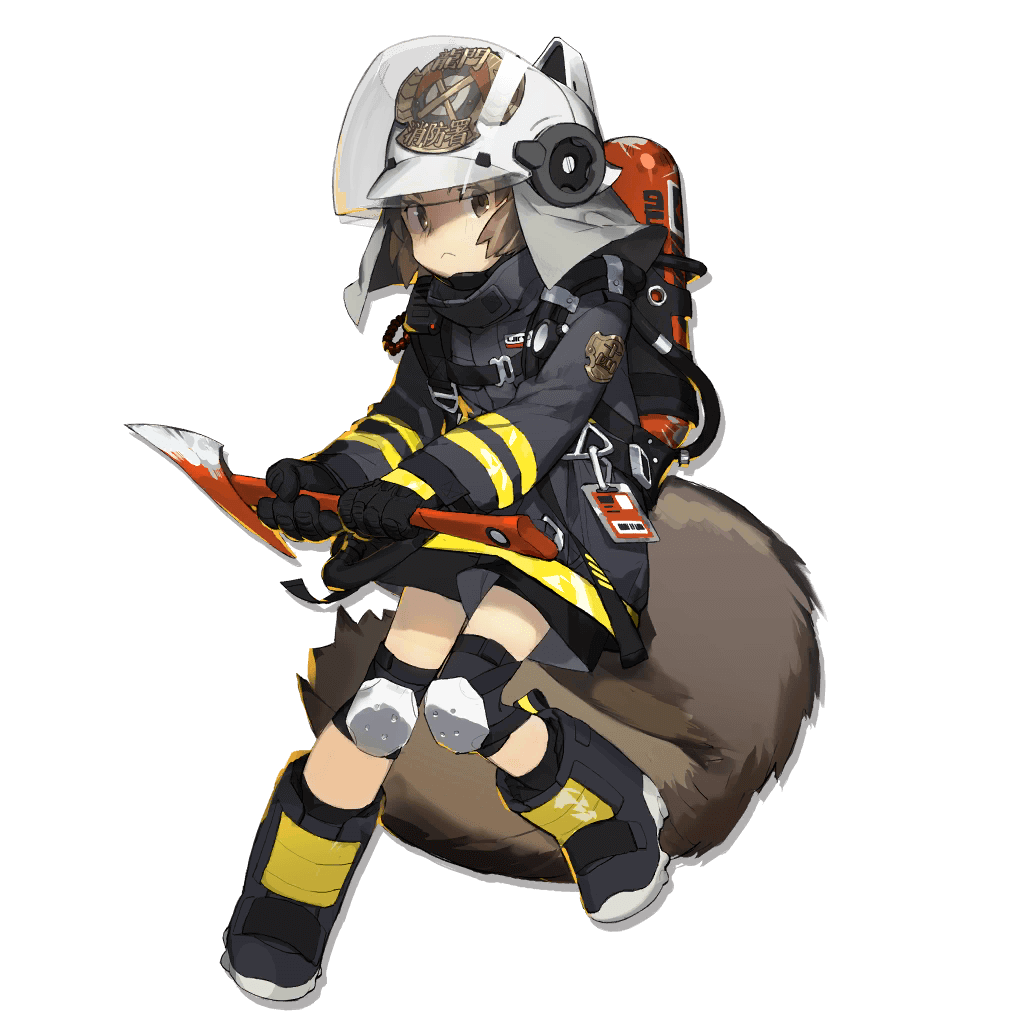 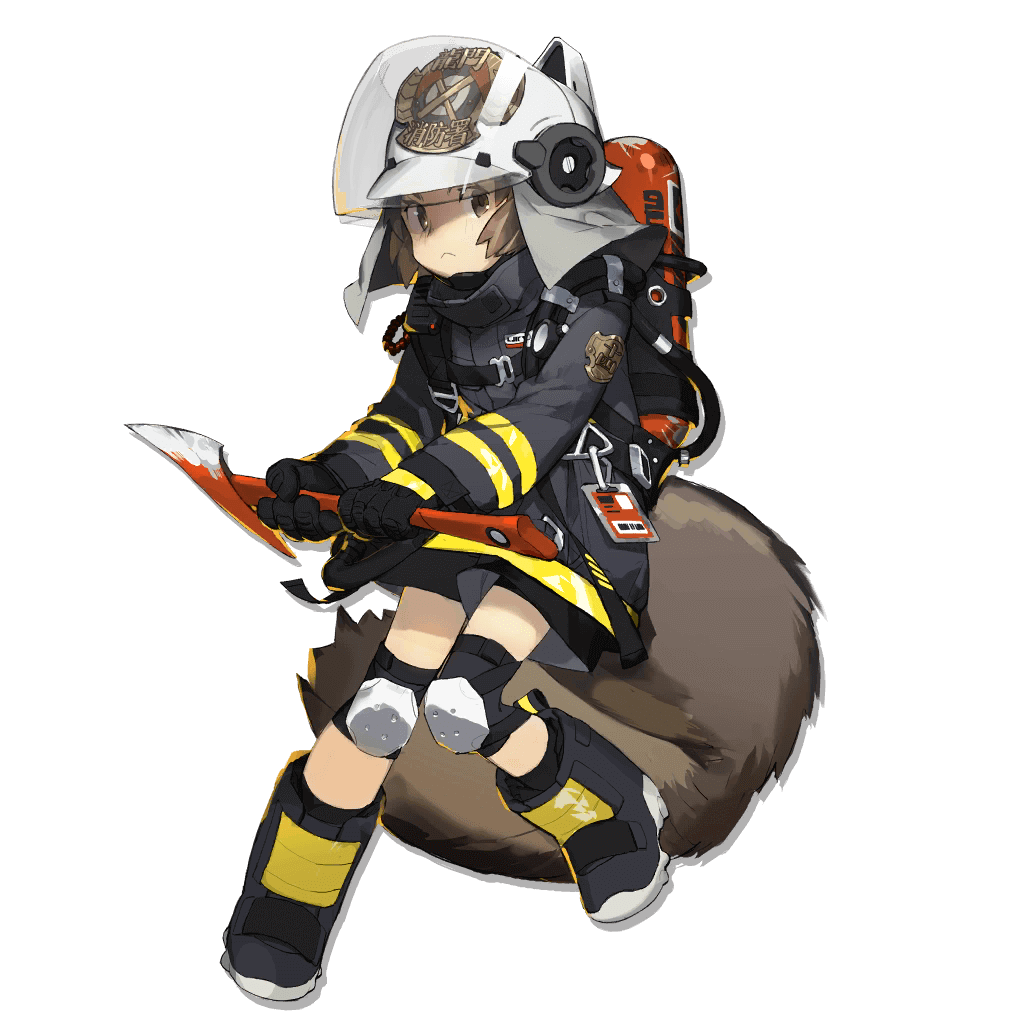 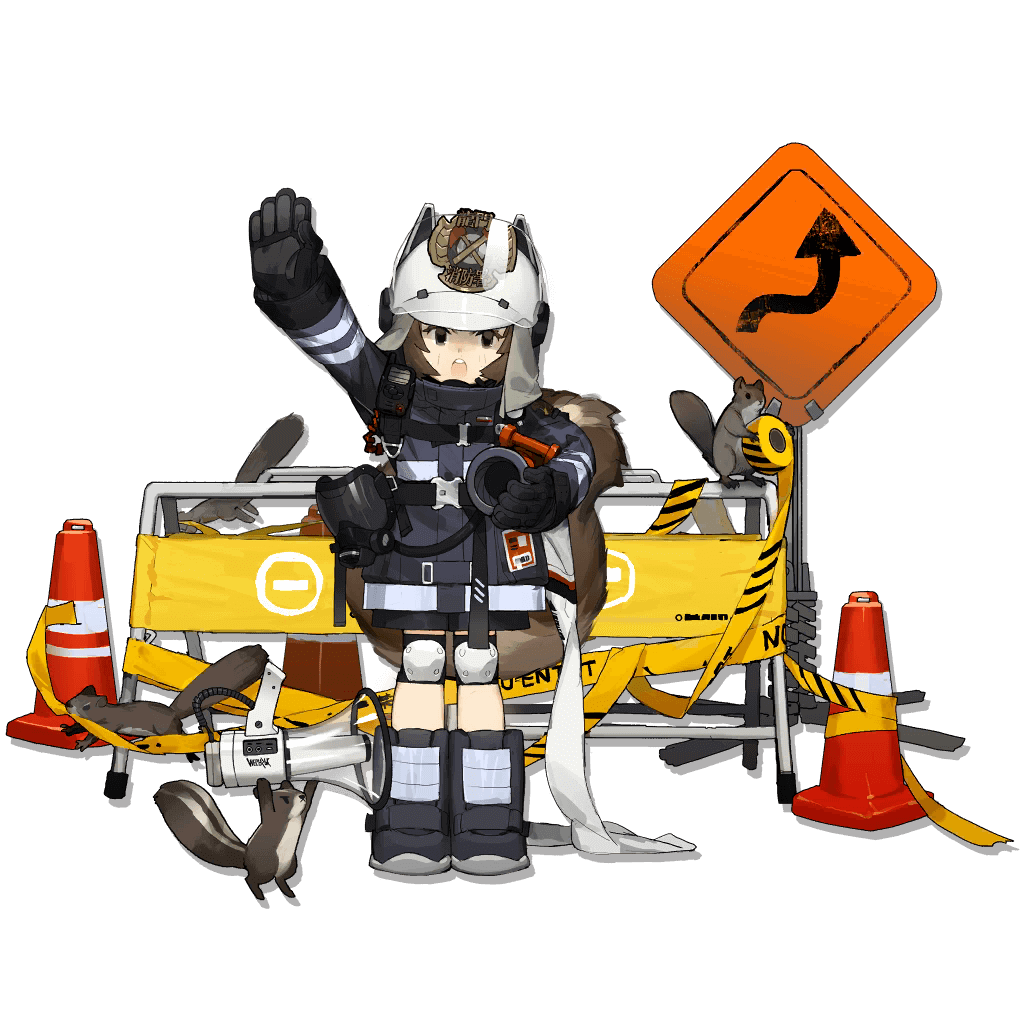 Can attack all blocked enemies [This in-game description is inaccurate. This Operator does not need enemies to be blocked to hit them, they just need to be in range. This Operator hits multiple targets equal to their block number.]
Can be deployed on Ranged Grids

Shaw, officer of the Lungmen Fire Department, will provide various means of tactical support for everyone.

Not just a firefighter.

When this Operator is assigned to the Workshop to process Building material, the production rate of byproduct increases by 70%
Equipment Maintenance Lvl: 1

When this Operator is assigned to a Power Plant, drone recovery rate +15%

Shaw, a firefighter of the Lungmen FD, has adapted firefighting skills to actual combat, providing a variety of new tactical options to Rhodes Island. Currently a member of a special ops squad, she offers expertise in firefighting and safety.

Increase Trust to 50.
Operator Shaw tends to get nervous easily. Introverted and slow to speak, she has a tendency to keep running her mouth once she gets going. When engaged in conversation, Shaw spends most of her time struggling to choose the right words, which wears her out quickly. She is a highly dedicated worker, committed to getting the job done, especially in scenarios involving fire or arson.

Increase Trust to 100.
The petite Shaw managed to win the trust of her peers with her diligence and professionalism in the field of firefighting. The huge fire rescue operation last winter more than proved Shaw's competence: When the irresponsible use of a space heater eventually set a whole building ablaze, Shaw made numerous incursions inside to rescue trapped victims, orchestrating a successful operation with zero casualties. That earned her a personal invite from Wei Yenwu, Chief Executive of Lungmen, as well as headlines in all the newspapers.
With Wei's and the L.G.D's support, Shaw was accepted into Rhodes Island for her expertise in fire safety and prevention. It was an obvious boon to the island, since most Operators have little to no knowledge of or training in firefighting. Shaw handily filled the gap.
When Shaw had the chance to inspect the intricate passageways and firefighting equipment on the island, and after meeting certain Operators who wield fire Arts at will, she realized she faced a daunting task.

Increase Trust to 150.
To accommodate Shaw's daily tasks, the installation team at Rhodes Island provided her with convenient, portable firefighting devices and a thermometer, although the latter quickly overloaded and broke down. Operators Skyfire and Ifrit both denied responsibility for the demise of this extremely sensitive tool.
To combat this, Shaw decided to implement an effective, if rather old-fashioned technique: Make a list of theOperatorsmost likely to start a fire, and initiate a firefighting program for the entire island. The first seminar commenced with the notable absence of Dr. Kal'tsit, where Shaw presented materials and slides (including various scenes of major fires and warning signs). The presentation was short, thanks to Shaw's famously fast rate of speech, and the raucous applause made it clear the audience had no clue what she had intended to communicate to them. (Some confessed to hearing a voice but being unable to locate the speaker).
This disappointing outcome only kept Shaw down for about half a day, when she realized that there are many setbacks in life, depression is the death of passion.

Increase Trust to 200.
Shaw reports her first memory of fire came from the tragic loss of a beloved fruit vendor to arson. That was when she realized a person can create a Catastrophe from will alone, but will alone won't resolve it. The idea of becoming a firefighting expert took root in her mind, as she hoped to save all the good things in life from the threat of fire. It also strengthened her resolve as a Rhodes Island Operator. When faced with a malefactor out to cause a Catastrophe, she is always willing to stand against it. To Shaw, safeguarding the people from the suffering of an unexpected crisis is as precious and worth protecting as the feeling she gets from buying a big, round apple.

Can't claim orundum on annihilation reward?
@A_Styles wrote: Screenshot_2020-03-30-19-37-52-494_com…
Dur-nar
@snuggleGuru wrote: Is dumi thicc. Also, pretty sure not…
When should i raise my operators skills?
@A_Styles wrote: Currently my core team are on E1 Lvl 30,…
Gacha chance
@DnamiS wrote: which is better? single pull or ten pull?…
Arkinghts for dbz dokan battle account trade?
@Hapuc wrote: Hello everyone I would like if anyone had an…
Read More