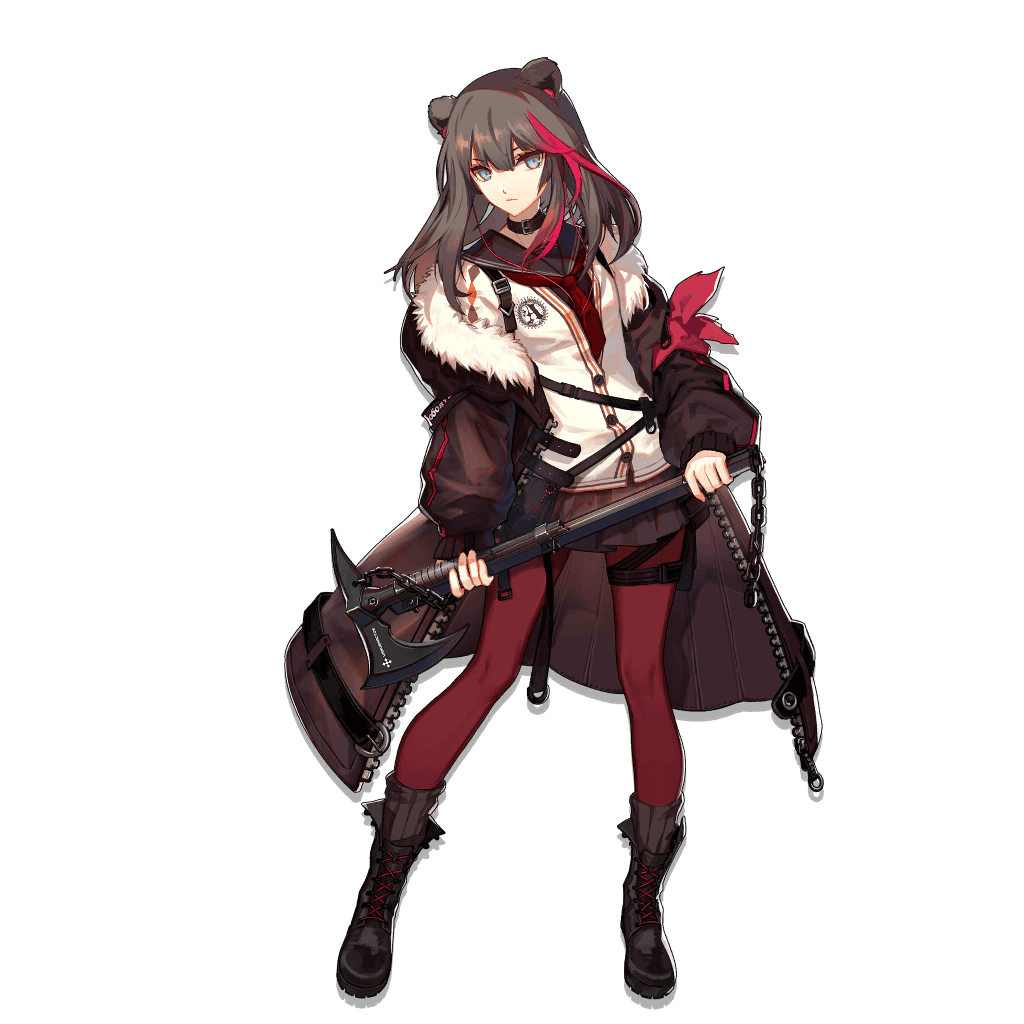 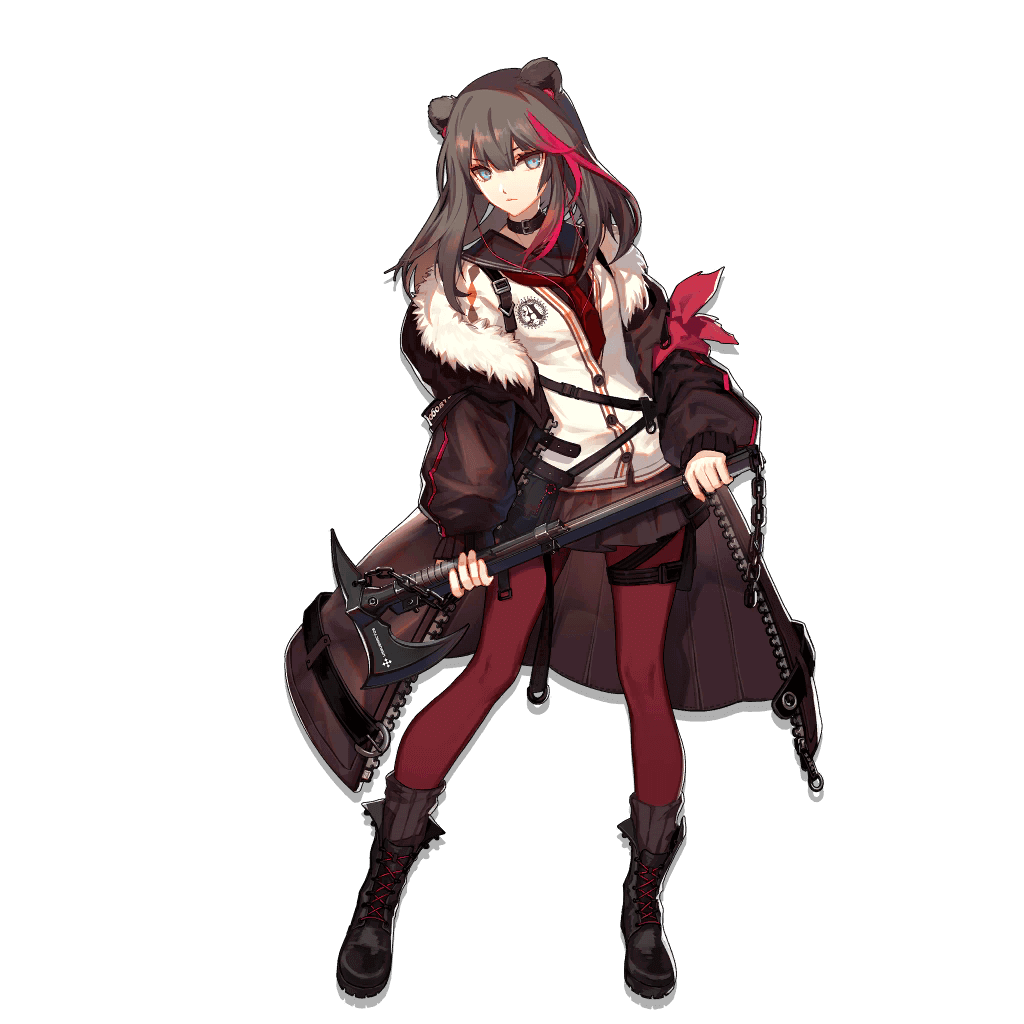 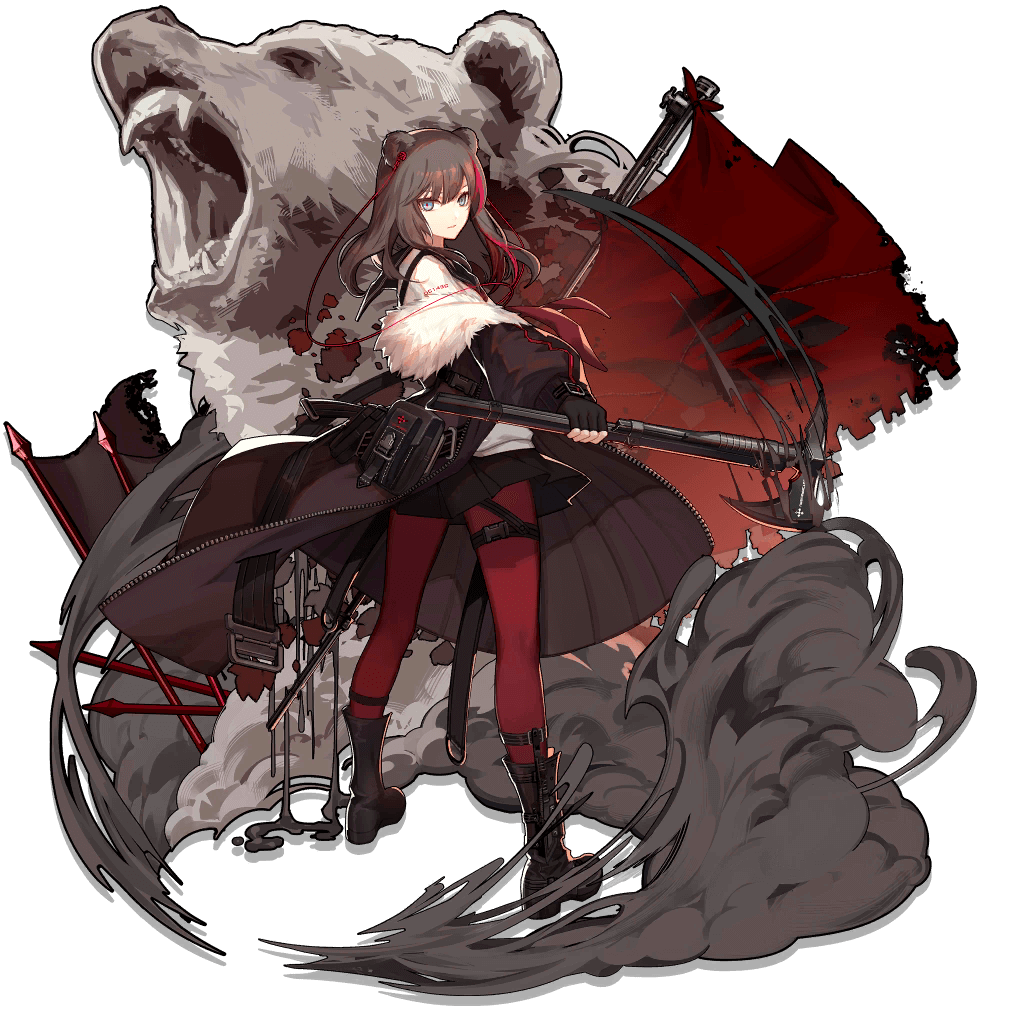 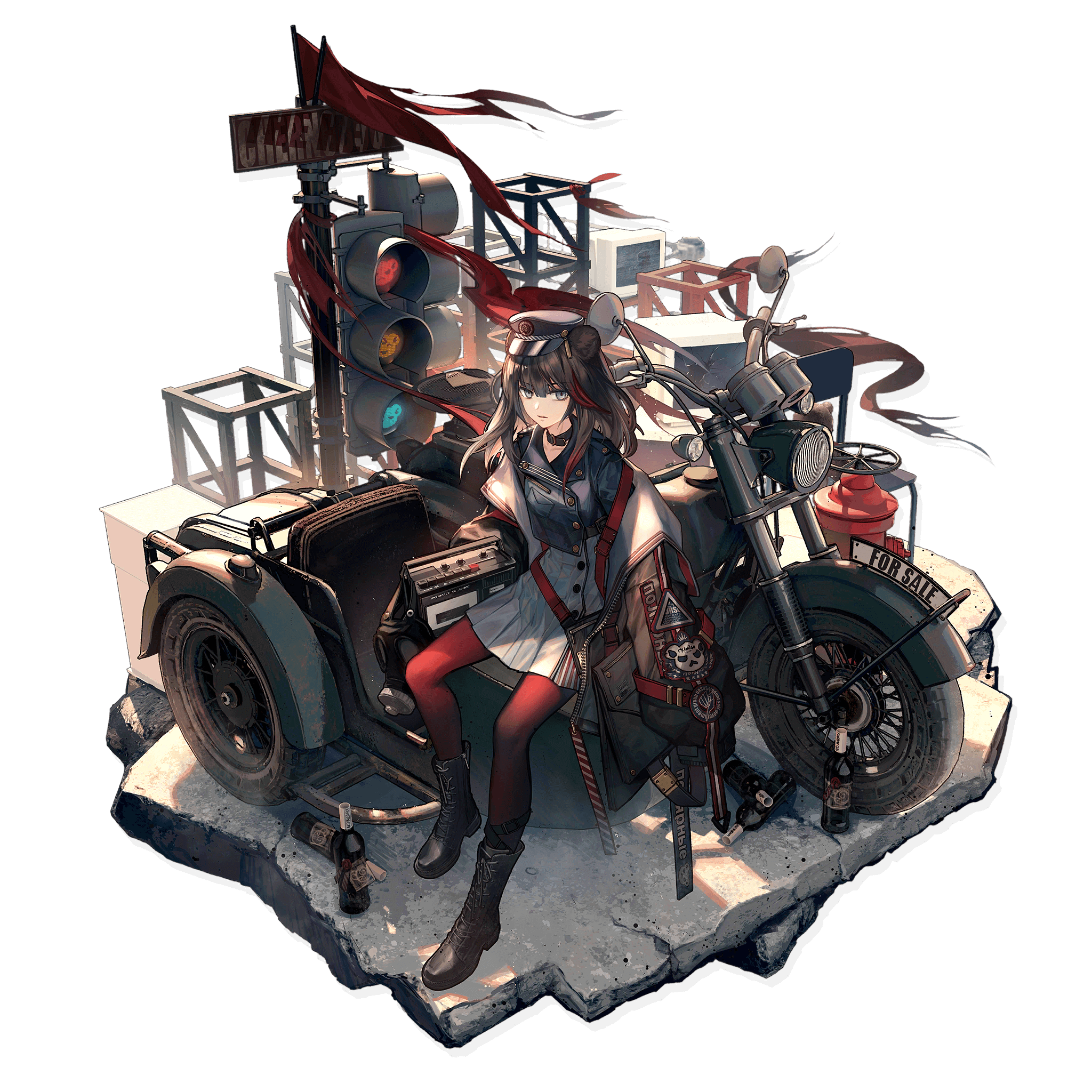 Zima, Vanguard Operator of Rhodes Island, will give the squad a tactical advantage with her physical strength at the start of every battle.

She always stands up for her friends, no matter what happens.

When this Operator is assigned to a Dormitory, the recovered Morale of all Operators +0.15 per hour (only the most effective one will take effect when assigned Operators have the same skill effect)
General Zima Lvl: 1

When this Operator is assigned to a Dormitory, the recovered Morale of all Operators +0.2 per hour (only the most effective one will take effect when assigned Operators have the same skill effect)

“So? Whose ass are we kicking next? Anyone with a death wish left out there? Come out and I'll oblige you!”

“General Zima,” hailing from Chernobog, is the leader of the Ursus Student Self-Governing Group at Rhodes Island. Zima is a 5★ Skill-DP-Recovery Vanguard that specializes in Supporting her Vanguard teammates.

Zima is at her best when she has good Vanguard teammates to make even better.  Her Talent Spearheader, at Elite 2, reduces the DP cost of all other Vanguards on the team, and her Skill 2: Ursus’s Roar gains DP and increases the ATK and DEF of all other Vanguards.  This turns Vanguards who are already powerhouses, like Vigna or Siege, into terrifying juggernauts.  On top of the stat gain, Skill 2 also gives all Vanguards additional DP-on-kill, creating an opportunity for some serious DP gain.

Skill 2 also buffs Zima herself, turning her into one of the tankiest Vanguards due to her good Defense stat.  She pays for good Defense with bad Attack, however, and when her Skill 2 is not active, she may lag behind other Vanguards in the slaughter department.  The Skill duration is also rather short, so it must be timed appropriately for the best effect, and the relatively long cooldown may limit repeat uses for this edgy Vanguard.

Despite her hard attitude and exterior, Zima has a soft-side when it comes to supporting her friends.  Put her in the right place with the right team, and she’ll show how far an enemy’s ass can be kicked.

Before the Chernobog incident, Zima was a middle school student. In school, she displayed a peculiar interest in fighting and violence. Multiple tests have shown she has the strength and solid constitution characteristic of the Ursus race.
Currently, she leads a squad of Vanguard Operators.

[Blood Crystal Density] 0.1u/L
This Operator has rarely come into contact with Originium.

Increase Trust to 50.
Zima defies most people's preconceived notions what an Ursus should be, expecting her to be irascible and sensitive. When she has something to say, she says it directly, and doesn't much consider what kind of impact it's going to leave her targets. What is certain is that Zima feels her words and actions are acceptable. Even so, as soon as she feels like one of her friends is being bullied or treated unfairly, she will stick up for them regardless of the circumstances.
As a result, childish jokes should be kept to a minimum in her presence. As for dealing with young Operators, a flexible attitude must be maintained.
The short of it is that Operators should watch what they say around Zima. They should be somewhat honest, but also help Zima understand that she and Rhodes Island share mutual interests.

Increase Trust to 100.
Zima was born in the city of Chernobog in the Empire of Ursus. Reports have indicated that in recent years, student groups have become a popular for young Ursus to organize. Influenced by the cultures of countries like Victoria and Columbia, they spend all day immersed in rock music, beer, and fight clubs. The leader of every group of students has their own nickname. Zima's first nickname was, appropriately, "Zima," a nickname given to her by the leader of the eastern campus's student group after she defeated him. A separate group called her "General" (a derisive in-joke within that group - Ursans often joke that "Generals" are incompetent and untrustworthy). However, after the annihilation of all the other student groups around the campus, people began to merge the two nicknames, and began to call her "General Zima."

Increase Trust to 150.
It is clear that ever since the Chernobog incident, the surviving Ursus students have gathered in a loose group around Zima called the "Ursus Student Self-Governing Group." According to reports from some Operators, the students use Istina's room as a place to gather. They call it "The Classroom." We should maintain a schedule of periodic observations of this group's daily activities.

Increase Trust to 200.
Zima's recent reading list:
Nikolamina - Fine summer reading!
Jump! - Special Edition - One of the year's Top Ten Recommendations
The Death of Ilyich, the Suspect - (Recommended Genre: Detective Literature)
Friedrich's Theory of War - (Volkhov Press, reissued in October)
......
Despite how she seems, Zima does not show any indication of poor reading skills. The breadth of the genres she reads has left us with a deep impression. Perhaps we need to re-consider what we think of as popular literature among the middle school female population.