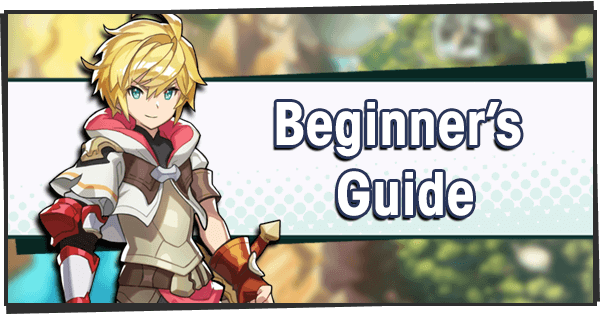 Welcome to Dragalia Lost! This guide describes the first few things to do when jumping into the lush, vivid kingdom of Alberia.

Playing through the Story Mode is a great way to learn the basic mechanics. You may notice the Might value listed next to a team-- this measures the overall stats and enhancement levels of characters and gear.

One good way to collect materials is through Daily Endeavors. These and farming quests such as Avenue to Power and Avenue to Fortune will provide ample ammo for upgrading characters and progressing through the game.

Materials are anything used to build, create, upgrade, or Unbind things for Adventurers, Dragons, and Wyrmprints. Dragalia Lost has many of these, and they are categorized as seen below.


There is another class of items, called Consumables, that are used to restore Stamina and Getherwings. All of these, along with the game’s currencies, can be viewed in the “More” tab, after tapping the yellow trunk icon labeled “Items” next to it.

Collecting Materials is a pretty straightforward process via normal gameplay, but they can also be gathered passively through Endeavors and other rewards.

Because higher levels require more experience points, leveling a small group of Adventurers evenly is recommended early on for completing the Story mode.

As a player’s roster grows, individual Elemental teams for each of the five elements will also become more feasible to build. Although the overall Might level of elemental teams may be lower than a typical rainbow team, the 50% attack and defense bonus afforded to on-element Adventurers makes up for the drop in overall Might.

Tougher content, from higher end Void Battle bosses to High Dragon Trials, will often require specific setups that go beyond the strength implied by Might, as this is simply an aggregated value. To prepare against tougher content, we recommend content-specific guides instead of solely relying on raising Might. But in the beginning of the game, Might is a decent measure that can be used to measure readiness for basic quests and Events.

It may not be clear from the start, but maxing out the Mana Circle is very costly in both Mana and Eldwater.

There are two different approaches to Mana Circle unbinding:

Dragons have two properties that boosts Might: Bond and Level.

The amount of experience required for leveling a Dragon increases exponentially, so players will find diminishing returns on Dragonfruit beyond level 50. Early on, even for those that have max Unbound event Dragons, it may be wise to spread out the Dragonfruit distribution among several Dragons to level 20-40 instead. This way, it will be easier to outfit an elemental team with four Dragons of the same element.

If a Dragon belongs to the same element as the Adventurer that it is assigned to, a bonus to Might and HP/Strength is granted. Assigning the proper element Dragon provides a major boost, especially if the Dragon is max Unbound and at max level.

A weapon’s Might can be increased by leveling it with whetstones or spare weapons. Similarly to Dragons, weapons can be Unbound to increase the level cap, either with dupes, Steel Bricks or Damascus Ingots. There are two weapon categories: Core and Void.

Core weapons were introduced upon the initial release of the game, and they are often still considered to be the best choice for many Adventurers. These weapons carry an additional active Skill for eligible Adventurers and offer great passive HP and Strength boosts for their rarity. Elemental versions of Core weapons, especially for the 4★ and 5★ variants, are often used in late game content.

There are two main factors that gate weapon progression: Materials and Smithy level.

Like weapons, Wyrmprints can be leveled up to provide a marginal Might boost. One may either level up a Wyrmprint by feeding other unwanted Wyrmprints to it, or by using Holy/Blessed/Consecrated Water. Wyrmprints can also be Unbound to increase the level cap, either with dupes or Gold and Silver keys.

Consecrated Waters are slightly more scarce than other leveling materials, so spending them on a small selection of strong prints is ideal. See the Wyrmprint Top Picks for an overview of good ones.

The most important building on the castle grounds will be the Smithy, which dictates the quality of equipment that can be crafted.

Around the castle grounds are scattered structures with various stat bonuses-- the main ones to focus on are Altars, Dojos, and Event Facilities. Fafnirs, Dracoliths and Slime Statues also provide moderate percentage boosts. They may seem small, but accumulating a collection of buildings makes them really add up. Keep Smithwyrms constantly busy on upgrades, and if you can spare the Wyrmite, hire some more to move everything along faster!

xeroslash
GamePress Lead for Dragalia Lost. He likes exploring endgame content, helping people out with co-op missions, and goofing off in Discord.