Community Posts with Keyword Elisanne All

Elisanne gets great range with a Lance, and Brave Bastion provides a huge boon as a strength boost with Buff Time duration. 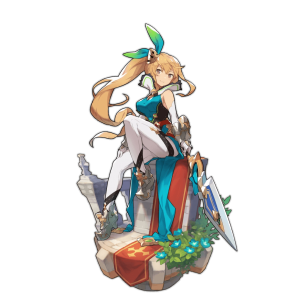 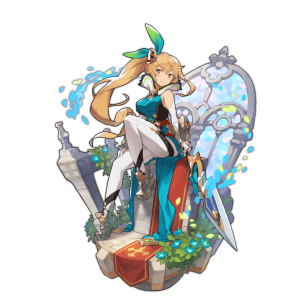 Elisanne is a 4★ Water Adventurer obtainable early on in the Story Campaign. Commonly deemed one of the best Adventurer in the game, Brave Bastion allows Elisanne to boost the entire team's Strength and has great uptime. Coupled with the lance weapon type and access to increased Buff Time in her Mana Circle, the Anointed Lance is a versatile Adventurer that can perform well in a wide variety of content, including High Brunhilda's Trial and Mercurial Gauntlet.

Lances’ long reach lessens the risk of chip damage and knockback experienced by most melee adventurers. This range combined with their quick attack speed earn them the highest SP gain rate in the game behind Staffs. Teammates also enjoy a substantial boost to raw HP via her Co-Ability.

As a free Story Adventurer, her base stats are nothing to write home about. While her theoretical DPS in conjunction with Brave Bastion is high, Elisanne is at her best when she is able to support other Adventurers that has higher DPS output.

50% Burn Res and 25% Stun Res aren’t numbers worth betting on. For content where full resistances are needed, Elisanne will need to dedicate Wyrmprint(s) to make up for this.

Pair 1: This is a general purpose set for most content, which provides Elisanne with a balanced mix of Buff Time, Strength, and Skill Haste. Alternative options for the second slot are as follows:

Dogalia Lost :dog:
@SapphireSea wrote: Now that I’m done being salty after a…
A New-ish Player looking for Some Advice
@Fire_Embull wrote: Hey All, As I’m sure you can tell by my…
Cleared this I guess
@supersoren wrote: imgonline-com-ua-twotoone…
ALEX WHY WON'T YOU COME
@SapphireSea wrote: Summons for GAlex has not been well. I…
G!Alex Team Building Recommendations
@aldwin96 wrote: Hey… so I need help with team building…
Read More