Yet another Force Strike Axe user, Erik can fill in on a Shadow team with impressive offensive Skills. He is limited only by rarity and lacking a specific niche among the 3★ Shadow attackers. 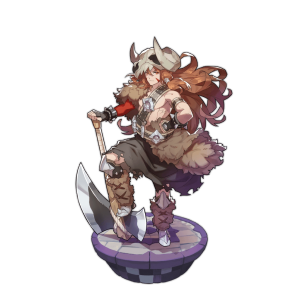 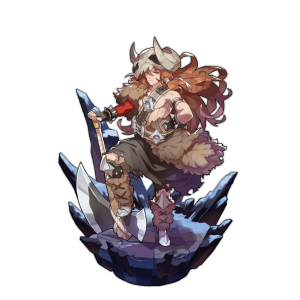 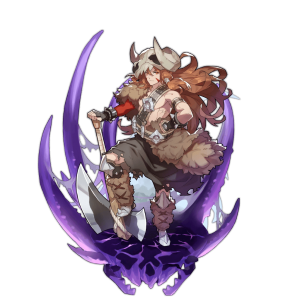 With Blind Res, Erik is ideally suited to Light IO, where the hordes of enemies can be cleaned up by wide Force Strikes and whirlwind damage.

Erik shines against large numbers of foes thanks to his powered up Force Strikes and S1’s AoE, and his resistance makes him ideal for Light IO.

As a 3★ Adventurer, Erik can’t natively reach 100% resistance, meaning you must either bring a wyrmprint, or take the risk he will be Blinded.

Erik has no defensive or recovery abilities, and relies on his team for healing and buffs.

Juggernaut/Phantom: If you lack Martishen, these are the best options when MUB.

Nyarlathotep: Due to his HP conditional, this dragon should only be used in conjunction with healing support, as Erik has no way to maintain the conditional on his own.

Erik most appreciates more Force Strike damage and Skill damage.Top picks for him include Stellar Show and Resounding Rendition.