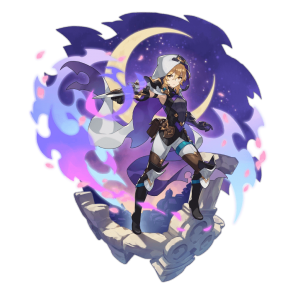 After a year and a half, the Shadow roster is finally graced with a top tier Sword user. Despite fierce competition, Gala Alex distinguishes herself with an adaptable kit chock full of Poison, team support, and Dispel. Complemented by dual status immunity and a synergistic Chain Co-ability, Alex easily enters both Kai Yan and High Jupiter’s Trial, taking her place alongside Gala Cleo atop the DPS charts.

One important distinction is that Gala Alex's basic combo chains are unlike standard Swords. Instead of ending with an awkward aerial hop, Alex's chain is much more fluid and her optimal rotation is simply spamming Combo 5.

Alex flexes both DEF reduction and Poison and can function at maximum potential regardless of team composition.

Alex Dispels by chaining either of her skills into the other, granting flexibility on par with Cleo/Nefaria’s Force Strike Dispels.

Alex is the one of few 5★ adventurers with Blind immunity, making her viable in all endgame Light content.

Like all Swordies, Alex suffers from short reach and relatively low mobility, placing her closer to danger than she’d like.

They're only getting longer these days.

Gala Cat Sith is great for shorter content but is prone to running out of charges given Alex's skill spamming playstyle.

Juggernaut is an strong budget alternative.

Doublebuff picks like Brothers in Arms / First-Rate Hospitality can be subbed in if running with Patia / Grace support.