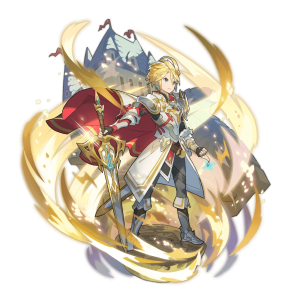 After a long year of raids and festivals, the Prince leads the charge as a top tier Light adventurer. The Bearer of Dragonlight introduces the first new Co-ability since Dragalia’s launch, expanding upon the Dragon-focused nature of traditional Sword users. Building further into Shapeshifting, the Prince’s kit allows him remain as a Dragon for ridiculous periods of time, hitting harder and faster all the while. Between a plethora of buffs and titanic Shapeshift damage, the Prince is a prime pick for Tartarus as he can shrug off Enervation stacks much more easily than most.

The Prince spends roughly the same amount of time in both Dragon and human form, leading to long stretches of enhanced neutral damage. Quests like High Zodiark’s Trial allow the Prince to Shapeshift immediately.

Rising Circlet’s expansive buff zone allows both ranged and melee allies to reap its benefits, and Exalted Glory is essentially three Skills in one.

In keeping with Gala tradition, the Prince is viable in all Shadow content regardless of Poison or Curse and can freely enter both types of Tartarus portals.

Like all Sword users, the Prince is lacking in both the range and mobility departments, forcing him to stay uncomfortably close to his targets.

The myriad benefits of Exalted Glory don’t play a huge role due to its extended periods of downtime.

Daikokuten is the prime choice for damage, and the Prince can

Gala Thor offers ridiculous damage while Shapeshifted, although normal skill uptime isn't high enough to get much use out of Energy.

Cupid plays a more supportive role, allowing the Prince to replace a healer in some comps.