Despite being a lower rarity Adventurer, Halloween Edward brings a lot to the table with two strong offensive Skills, one of which heals. 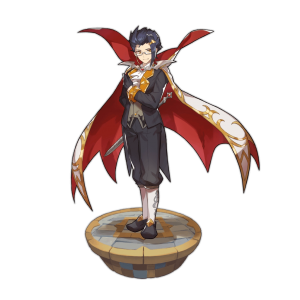 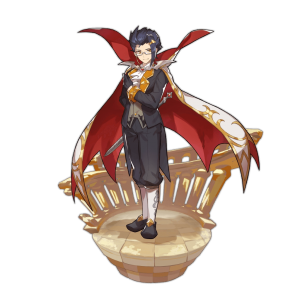 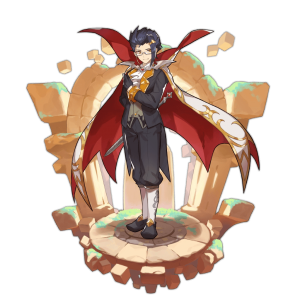 Edward, the Bloodsucking Butler is a seasonal 3★ and the first Light Blade adventurer, debuting on the Halloween Fantasia showcase. Unlike his Shadow version, Halloween Edward is fully offensive. He gains the ability to heal via his Nightmare Waltz skill, an AoE that attacks around Edward and heals based on damage output.

What he gains offensively he loses defensively, as he has the some of the lowest HP compared to other light units. However, he makes it up with his strength, which can be boosted higher with his Full HP = Strength passive. Though it is difficult to maintain full HP, with a healer such as Hildegarde or Verica, Edward should see no problems.

Nightmare Waltz lets Edward restore HP by 1% (2% max) of damage inflicted. This attacks all around him, allowing him to heal in bursts against a group of enemies.

Currently the lowest HP of all the Light Adventurers and among the worst overall.

With a moderately slow charge and reliant on multiple enemies to get the most use, this is not a substitute for a healer.

Without complete curse immunity, Halloween Edward susceptible to being afflicted.

Pair 1: This is a general purpose set for most content. Alternative options for the second slot are as follows: