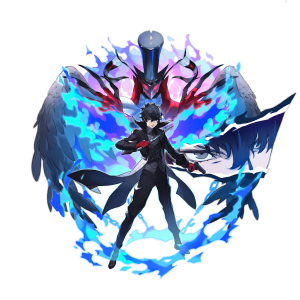 The leader of the Phantom Thieves has arrived in Dragalia as a Shadow Dagger adventurer! Armed with impressive skill multipliers and robust utility, Joker is part powerhouse, part team player.

His Persona gauge functions just like Dragondrive, so Bellina fans will feel right at home. Skill 1, Skill 2, and Lv. 2 Force Strike all fill the Persona gauge, allowing Joker to summon Arsène and unlock enhanced variants of his skills.

For his neutral special, er, Force Strike, Joker wields a gun, granting him easy access to Dispel. His unique Co-ability boosts attack rate, a rarity in Dragalia that directly increases both team DPS and SP gains. When combined with a hefty 20% enemy STR reduction, Joker is a shoo-in for Kai Yan’s Wrath at all difficulties.

Joker’s Dispel is tied to his Lv. 2 Force Strike, coming out hassle-free whenever it’s needed. Having this mechanic independent of a skill grants his team a great amount of freedom when dealing with Kai Yan’s shields.

A 20% STR drop is nothing to scoff at and greatly softens the otherwise punishing hits that Kai Yan dishes out. Joker also enjoys a passive 6% DEF boost to further increase his survivability

Unlike standard Dagger users, Joker remains stationary after using his Force Strike which places a higher emphasis on positioning.

Gala Cat Sith will never run out of stacks on Joker and is slightly superior to Arsène.

Shinobi is a reliable runner-up to the above Skill Damage options.

The Plaguebringer may be substituted with A Man Unchanging if a different 4★ pick is desired. Brothers in Arms assumes Doublebuff support from Patia and/or Grace.

Will of Rebellion II