Odetta’s among the first workable healer-attacker hybrids with a multifaceted yet elegantly practical support kit. Her HP 70% = Strength Up passive is reasonable with her healing, and an extended Strength buff only further expands the benefits. 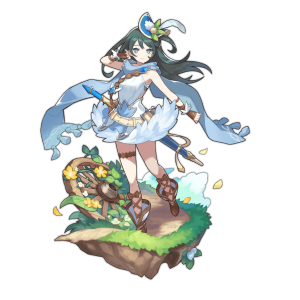 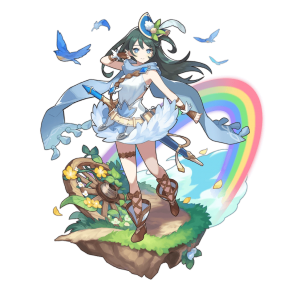 Odetta is a Light Sword user and the featured 4★ Adventurer of the Thunder and Splendor Showcase. While bannermate Albert styles himself as a pure powerhouse, the Wanderlust Incarnate is content to adopt a more supportive role. This is not to say she is without teeth, as her damage more than enough to have her among top tier Light melee adventurers. An all around team player, Odetta functions as perhaps the most workable adaptation of a combat medic.

Swords sport both the highest DPS and Overdrive DPS of all weapon classes, making them ideal for every phase of a fight. SP gain is also among the highest in the game, according Odetta fairly high skill uptimes.

Odetta has no qualms about chip damage from Shadow IO spikes and can maneuver without fear while also topping off teammates who are not immune.

The cost of Odetta’s power is her weapon’s short reach and unforgiving angles.

Odetta’s STR is conditional on her staying healthy. While Freedom Ring makes this easier to maintain, she cannot simply attack with reckless abandon.