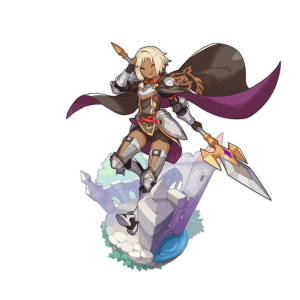 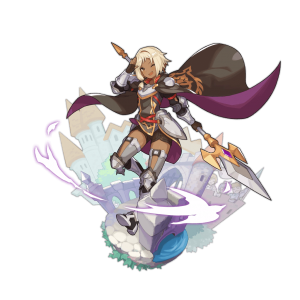 Upon her initial release, Patia was a fairly underwhelming option, but with the advent of her Mana Spiral she's become a force to be reckoned with. Her first skill's ability offers unparalleled support by enabling Doublebuff abilities and equipment for your entire team. Her Buff time passive is incredibly useful since her primary goal is to support her team, and if nothing else, her Shared Skill is a staple for supports everywhere. All in all, Patia has become the go-to buff bot of the Shadow roster, even flexing to off element endgame content.

Patia offers a great 15% Strength and an excellent 25% Defense buff on her first skill which means they can be up nearly 100% of the time, providing both offensive and defensive support. Her Buff time passive is just icing on the cake, and means that it's even possible to stack multiple applications with good play.

Between mana spiral stats, Bleed, and Primed Devastation, Patia has decent staying power for a support.

Shadow has not only an abundance of strong Adventurers, but direct competition to Patia in the form of Botan, who is not only free but shares a similar role and weapon class. However, Botan is limited and doesn't provide the defensive buff, so the two both have their place, though not on the same team.

Juggernaut: A great budget choice that doesn't really slow Patia down as her value is mainly in support.