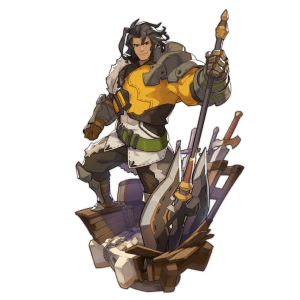 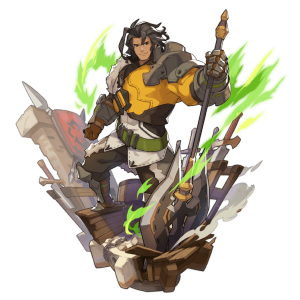 Ranzal is the free 4★ Adventurer Wind obtained in the Story Campaign. With the advent of his spiral, Ranzel has gone from bottom of the barrel to near to the top. The big draw of his kit is that he has a spamable dispel in his S1, which can also inflict poison. He is also incredibly hard to put down, with his S2 providing a Defense Buff, and when at high HP, he also provides a Life Shield to the team, though it tends to be fairly small. Combined with a powerful Last Defense buff that also increases his Defense by 10% for the rest of a quest, and Ranzal has what it takes to be endgame viable.

Ranzal's S1 provides both a dispel and Poison for his team, which are both great tools to have tucked away.

A 25% Defense buff and a Life Shield are nothing to sneeze at, and can help to keep Ranzal's team alive through the toughest fights.

Ranzal is heavily focused on utility and survivability, but he doesn't bring as much to the table in the damage department. He's not weak, just overshadowed by Lin You, his fellow Wind axe user in pure DPS.

The order of weapon effectiveness for Wind is generally Agito > HDT2 > Chimeratech. At times, it can be more valuable to have the active skill of a HDT2 weapon, but this is somewhat rare.

Resounding Rendition combined with The Fires of Hate make the best combo for Ranzel. If you're not using a Poisoned Punisher comp, you can use Primal Crisis or Bubble and Wood instead.