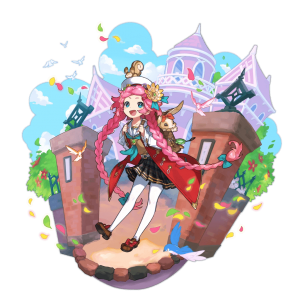 Summer quickly approaches! Maribelle is stuck with finals, taking the lead as Ambitions in Bloom’s featured 5★ Adventurer. Many of the strengths that her Wind counterpart possess are still applicable, as Student Maribelle is nearly a carbon copy of the original. A high risk, high reward glass cannon rounds out a ranged Flame roster that was previously dominated by Gala Sarisse. Those confident in their skills will find the schoolgirl version of Maribelle equally potent.

Just like the original, Student Maribelle must stay in perfect health, placing a greater priority on positioning. Like many Wand users, her HP pool isn't large enough to tank many hits in the first place.