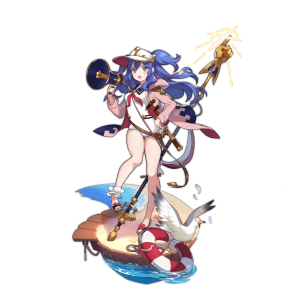 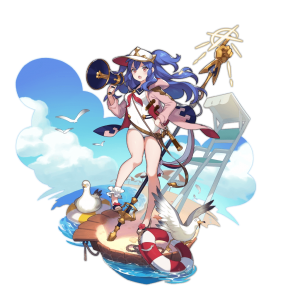 Summer Estelle leads a new generation of supportive Wand users and is a direct improvement over her predecessor, Dragonyule Xander. Although released for free alongside a banner of similarly supportive powerhouses, Estelle excels due to her universal DEF reduction and Buff Time focus. For these reasons, high-risk picks like Lily are falling out of favor, making way for suppliers of consistent party buffs.

Unlike her fellow Summer allies, Estelle does not rely on Bog to increase her team’s damage. Her DEF reductions and Strength buffs are applicable at all times regardless of enemy affliction resistance.

Estelle is one of two Water adventurers who can purge Stun from allies, making her ideal for content like Flame IO.

Estelle falls prey to the same fate as many other freebie units. Lacking full immunity may necessitate the need for a Stun Res Wyrmprint.

Few Chances to Use Bane Ability

Consisting of enemies such as Goblins, Lizardmen, Cyclopes, and Trolls, Demihumans lack a significant presence in endgame content aside from occasional Facility Event boss.

Siren is the premier choice for her ludicrous 90% Skill Damage boost.

Vodyanoy is easily unbound and competes with non MUB 5★ Dragons.