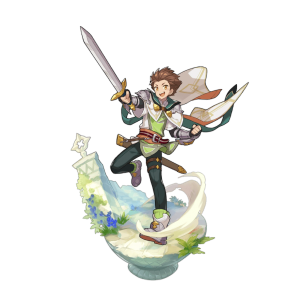 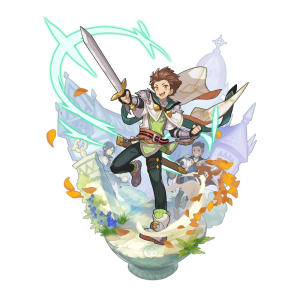 Thanks to his rework, Templar Hope is essentially Patia in Wind. And Patia is a hell of a support. Thanks to his two fold buff and the fact that he has built in teamwide Double Buff Regen, Templar Hope does it all support wise. He increases damage, provides Double Buff Abuse, and heals up your entire team. All in all, a fantastic Adventurer.

A 25% Defense and 15% Strength buff on an S1 with a low SP cost, combined with a team wide regen double buff ability makes Templar Hope the definition of a tanky support.

For teams looking to solo farm or auto Cellia, Hope is basically mandatory.

Templar Hope only really works if your teammates are building to take advantage of his Defensive Buffs. He's still good if they're not, but he's incredible if they are.

Freyja: Freyja is basically the only viable dragon for Templar Hope. Ariel is OK in a pinch, but Templar Hope really doesn't take advantage of anything but Skill Haste as that improves his buffing.

Again, Excalibur is essentially. mandatory for Hope teams looking to solo or auto. It's not the damage, it's the fact that it gives another defensive buff, which translates to more teamwide healing. You can get away with another weapon on occasion, but at that point just take whatever gives you the best stats as they're not going to improve Hope's damage in a meaningful way.

Fun in the Sun

Set 1: This setup is all about staying alive and giving Hope the best buffing possible. He's not going to do much damage on his own, so it's best for him to simply maximize what he can do for his team.

Set 2: The gloves are off. This DPS set leverages Hope's Skill 1 for a constant supply of Doublebuffs.