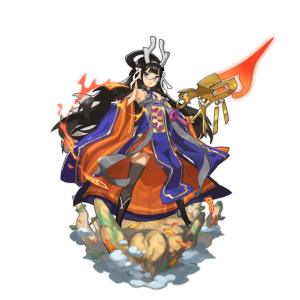 Like all freebie Adventurers, Xuan Zang is cursed with only 50% Stun Res, meaning she'll need to use a Wyrmprint slot to reach the baseline 100% Stun Res many other Flame Adventurers have.

Cerberus and Agni are premier choices for raw DPS.

Ifrit is a serviceable alternative to the usual 5★ Dragon roster.