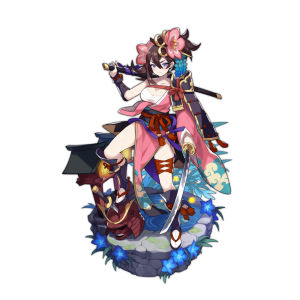 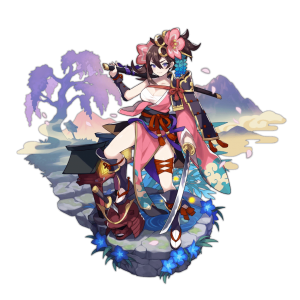 Yachiyo, Peerless Duelist, makes a name for herself as the first Light Blade user with Curse resistance and a Paralysis kit. Her S1, Blossom Flash, deals damage and inflicts Paralysis in a line. This will activate her first passive, Paralysis = Strength +15%. When Yachiyo Paralyses a foe, she gets +15% Strength for 10 seconds, but this cannot occur more than once every 5 seconds. She also has Paralysis Punisher 20%, allowing her to inflict massive damage whenever she successfully paralyses an enemy. Her S2, Peerless Heart, causes her Force Strikes to hit much harder, and with good timing she can use this with her other abilities for high burst damage.

Yachiyo thrives when she can afflict her foes with Paralysis, and has a consistent means of doing so. Paralysis is also a very useful affliction that deals percent based damage to bosses.

Thanks to her abilities, Yachiyo can wisely time her abilities to inflict Paralysis, then hit the boss with a supercharged force strike to deal massive damage. Her Strength stat is also very high, making her an excellent DPS choice where her kit shines.

If Yachiyo finds herself in a situation where she cannot maintain good uptime with Paralysis on her foes, her damage falls of sharply, to the point that her kit becomes nearly useless.

Yachiyo has low HP and no recovery options. She relies on her team to keep her alive on the front lines.

With her S2 boosting her force strikes, Yachiyo really appreciates a boost to that multiplier, making Stellar Show her top choice. She also appreciates Skill Damage from Heralds of Hinomoto or Resounding Rendition, with the Skill Haste and Crit being a nice bonus either way.