Next Up: High Jupiter's Trial 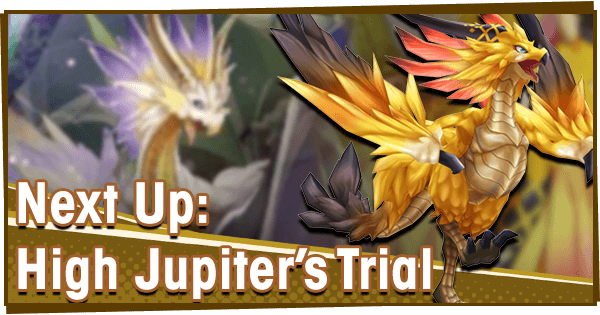 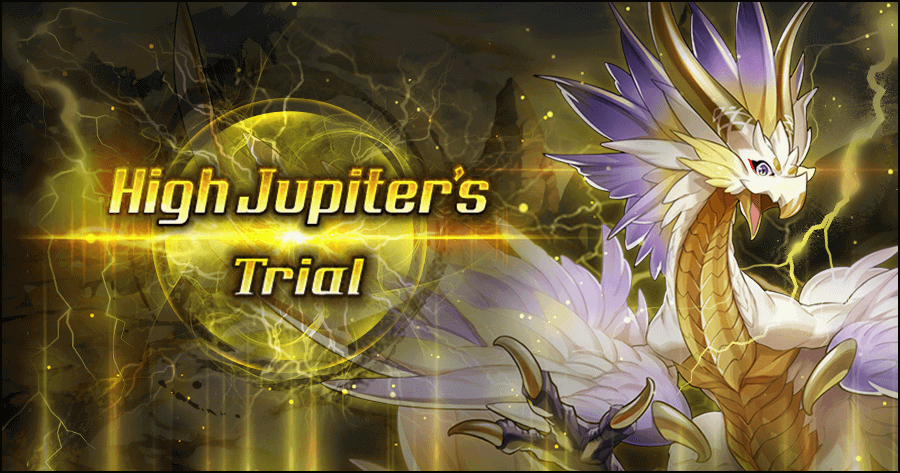 The remaining Advanced Dragon Trials have been awaited since Dragalia Lost launched in September of last year.

So far, three have been revealed:

With one coming out every three months, we expect another High Dragon battle update soon.

New audio files were found in the game's data recently:

These sound effect files came labeled with the ID number (BaseID) 210041, which sequentially follows the ID of High Mercury. The same sequence is seen with their normal dragon counterparts:

And of course, this order follows how the UI tends to sort elements, so Jupiter has been expected as the next High Dragon for quite awhile. The confirming factor here is the sounds themselves-- thunderclaps, static and crackling associated with electricity are present. This bit even alludes to a five-hit attack pattern, with the fifth hit being the most powerful:

A four-hit variant is also present, so these are likely variants of the same attack in different stages of the battle (similar to High Midgardsormr's Trident Tempest).

It is a bit early to guarantee anything, but game updates are expected tomorrow at  reset time (6:00 AM UST) and possibly on Friday's reset time (July 26th at 6:00 AM UST) when the Dragon Special Summon ends. Stay tuned for teasers or announcements at these times!

Chapter 14 discussion (warning: spoilers)
Now that Chapter 14 has arrived, what are everyone’s thoughts on the chapter and on…
Best use for the free Tomes?
So we just got our hands on free tomes for Shared Skills today, 5 of them per element…
Are we allowed to plug our Discord
well if we are, you should join the white sparrows 2.0 Discord …
Where are the shared skill Tomes
Maybe I’m just an idiot but they don’t appear in any of the Treasure Trade menus…
Question about mana spirals
I took a few months off from DL and came back to find that mana spirals exist. My…
Read More