Should you Summon: Gala Zephyr Edition 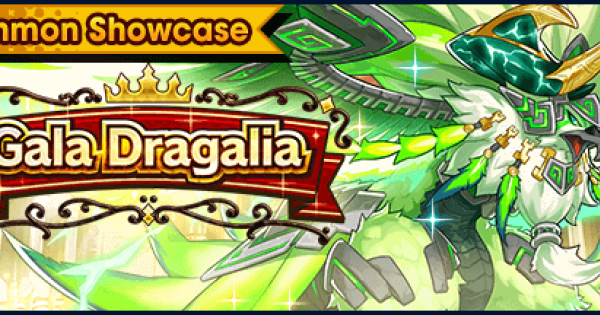 Should You Summon: Gala Leonidas Edition

The Wheel of Gatcha turns, and Meta Dragons come and pass, leaving memories that become legend. Legend fades to myth, and even myth is long forgotten when the Dragon that gave it birth comes again. In one Age, called the Third Age by some, an Age yet to come, an Age long past, a wind rose in the Halidom. The wind was not the beginning. There are neither beginnings nor endings to the turning of the Power Creep. But it was a beginning.

Well, Zephyrs been reborn, but I can't help but think he's been cribbing notes from Poseidon. At least do something original.

Meh. I guess it works, right?

Once more, we receive a new Gala Dragon, and this time I have to say...it's probably not the best Wind Dragon. Much like with Reborn Poseidon, there is another dragon that can claim to be better that already exists, this time Midgardsormr Zero. Now don't get me wrong: Gala Zephyr is probably going to end up being the "best" in the sense that if your team has at least one Midgardsormr Zero, he's the best option to run as the real reason to run Middy0 is that 10% debuff that benefits your entire team. You only need one of those, and after that Gala Zephyr probably has an easier conditional to fulfill and offers higher DPS in most situations. But that debuff from Middy0 is so good that you simply don't want to pass it up. Plus the DPS difference between the two dragons isn't that extreme: 70% Skill Damage and 35% Strength vs 70% Strength and 30% increased damage against Water is, functionally, going to work out to be pretty close to one another. Yes, Zephyr is going to win out, but not by a huge margin. Factor in the debuff though and Midgarsormr is the clear winner.

So should you pull? I'd say that if you already have a MUB Midgardsormr Zero and are not a whale, you can safely pass this by. Midgardsormr is a fansastic dragon to progress in the endgame with and you really will want him on your team. If you don't have Middy0 or you are someone who absolutely has to maximize their team, then yes, it's definitely worth it as Gala Zephyr is going to be the top dragon to use (assuming someone else is performing Midgardsormr debuff duties).

Verdict: Yes. If you want optimize your team, Gala Zephyr is the way to do it. Those with a MUB Midgardsormr Zero can probably skip this if they want to save up.

You can actually get some pretty solid Adventurers with Wyrmsigils, though they are not on rate up so only go in if you're willing to do it for 300. This isn't a bad option with getting dup Gala Zephyrs, as picking up multiple dragons means you can use them to unbind, or perhaps use Sunlight Stones and use Zephyr on your whole team.

As for which Adventurer is best, Gala Mym is the clear winner here. Her DPS since the rework is simply phenomenal and she can be used both in standard and cheese runs. Galas Laxi and Ranzel are both good, though I would personally prefer Laxi as she has a unique playstyle and Gala Ranzel isn't really a "must have." Still, all three of these are good options to pick from, and of course you can always just get another Gala Zephyr if you don't need any of these Adventurers.

Final Verdict: Yes, but only if you don't have Midgardsormr Zero

Gala Zephyr is set to be a great dragon and is certainly worth pulling or, but as I have said before, Middy0 is superior in a situation where you don't already have a Midgardsormr Zero on the team. If you lack Middy0, or you're soloing and want to maximize your squad, then Zephyr is a must have.