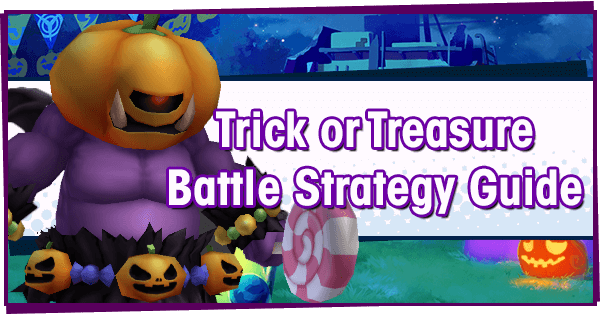 Should you Summon? Halloween Fantasia Edition

If I summon 100 times on Halloween banner, will I get Halloween Elisanne?

To best prepare for the boss battle, have your strongest team of light-based adventurers ready. The Boss Battle can be beaten Solo or Co-op. Since Stamina is required for the Challenge Battle, this is the best use of Getherwings for the event.

After completing this quest on Expert, it is possible to unlock a special version of this fight-- Extra Boss Battle: Pumpking’s Revenge. It can be unlocked while hosting or joining.

Listed below is each of the Pumpking’s attacks along with their type of action marker.

For Extra and Challenge Boss Battles, you’ll need at least one powerful Light-attuned Adventurer-- It’s almost necessary to have them at over 2300 Might. The rest of your team should be comprised of either Light units, or your strongest other units. Make sure to take teammates whose Co-abilities don’t overlap!

Using a high-leveled Julietta or Amane friend Helper is recommended, as their Skills have great damage and AOE range which is useful for clearing out enemies. This is important as the quest has a short timer, making fast minion clearing a priority.

This is a hard version of the regular Boss Battle, and can only be completed Solo. However, it costs no Stamina and can be challenged as many times as is necessary to clear it. But for those who can clear it, the biggest Snack -’O’- Lantern rewards await: It's possible to get over 200 Snack -’O’- Lanterns in one run with enough copies of Plunder Pals on your team.

The Pumpking will use all of the same moves he did in the regular battle, so check the above section for details on his attack patterns.

Immediately, you’ll want to start cleaning out the four Eyeflys and two Slimes around the Boss. This is especially important for ranged characters, as minions can mess up attack targeting and cause you to waste Skills.

Once they’re gone, start pouring damage into the Pumpking and watch out for his attacks. If your teammates all perish, don’t worry, you're still in the fight! This quest can be cleared with just one Adventurer, provided they are powerful enough.

Eventually, the Pumpking will summon four Eyeflys and a Menace (who is actually a Ghoul). This guy is trouble thanks to his huge HP bar and wide attack radius. At this point, switch your attention to him and start using your Helper’s Skills to clear the minions.

If you’re using a Helper like Julietta, you can even luck out and hit both the Pumpking and the Menace with her attack. Once the minions are down, refocus back onto the Pumpking.

At this stage, it’s all systems go, and you’ll be (hopefully) shredding the Pumpking’s HP bar. However, he’s got one more trick in store: Two Basilisks that spawn once his HP gets low. They don’t have much HP, but hit hard and their beam attack has very little windup time. Even worse, the hitstun from their moves can cause you to take a big hit from the Pumpking.

This is a good time to Shapeshift-- If you’re using Jupiter, a Lightning Rood will handle them no problem, and leave you time to deal damage to the boss while transformed. From this point on, it's a battle between you and clock to bring the Pumpking down.

If your team is KO’d or the time runs out, fret not: You’ll earn rewards based on how many waves were cleared. Players without a strong team should at least strive to reach the final wave, even if it can’t be cleared.

The first wave has Slimes and Shadow Goblins. They should only take a moment to clear, and won’t pose much threat to a well-built team.

Wave 2 is comprised of some Basilisks and Eyeflys. Try and clear the Basilisks first, as they pose a bigger threat. After that, work your way through the Eyeflys. Keep your eyes on the ground, as Eyeflys project their attack with a red action marker. Without a healer, your teammates will most probably be dead at after this wave, but don’t worry.

This wave has a bunch of Bare Bones and one Skeleton Knight. Although they all move slowly, each enemy hits hard, especially the Skeleton Knight. It’s imperative to keep a close eye on the Knight, as he has a long-range jump attack which can take you by surprise if you’re not careful. He’s also got a Shield, which you’ll need to disable with a Focus Strike or Shapeshift attack. This is a good place to use a Helper Skill to speed things along, and a few strong AOE blasts make this wave end quickly.

Wave 4 is similar to the second wave, but with the addition of two very tanky Ghouls in the center of the map. The biggest threats here are the Basilisks, whose attacks come quickly and are tough to avoid. An attack from one of these enemies can be fatal, so pay attention to the action markers to dodge Eyefly attacks. If you’re running out of time, use of a Shapeshift or Helper Skill will speed this wave up.

The final wave pits you against a Ghoul, a Skeleton Knight, and the Pumpking himself. They are all extremely tanky, and with time running thin you’ll need to make use of AOE attacks to get through.

The best way to handle these guys is to try and bunch them up and smash them all down with Skills, Helper attacks or Shapeshifts. The Ghoul is the easiest to kill, but the Skeleton Knight needs to have his Shield broken before being defeated. Remember to watch him carefully for his jump attack!

Once they’re out of the way, taking down the Pumpking is a breeze. His attacks are all well telegraphed with action markers, but his melee swing has deceptive range and might catch you off-guard. If you can KO him before time runs out, Congratulations! You’ve completed the quest!