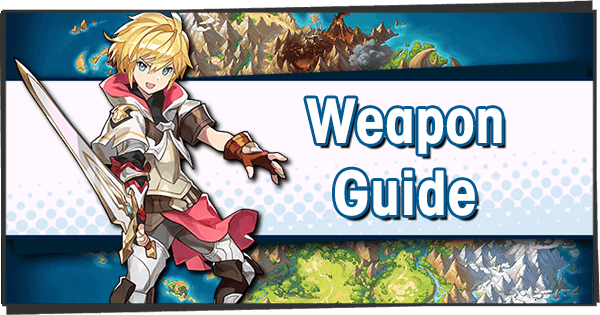 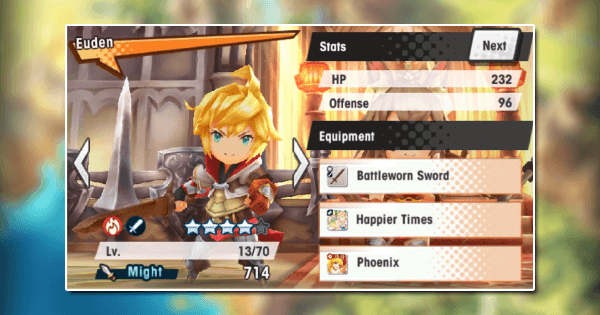 Equippable weapons should be the second progression priority immediately after Adventurers themselves, as weapons are essential to increasing Might. When Enhanced, weapons gain their own skills and can be further boosted to an elemental form. This is huge considering matching a character’s element to their weapon will increase the weapon’s stat boost by 50%. Paired with the 50% elemental advantage, optimizing around elemental affinities is the core of Dragalia Lost’s gameplay.

This guide will outline how to take a vanilla form weapon and build it into a fully powered elemental form. 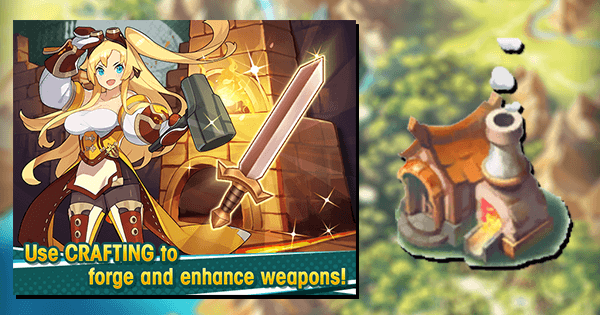 As outlined in the Castle Guide, aggressively upgrading buildings is essential for weapon progression. This is because Smithy level is directly correlated to Halidom level, which in turn is bound by Facility Level. Facility levels take a long time to build, so to this end Smithwyrms should always be kept active upgrading buildings.

3* weapons become available to craft as soon as the smithy is built. While it may seem like a waste to invest in low-level weapons at the outset, keep in mind that even a 3* weapon can be upgraded to an elemental form.

Completing Chapter 6 of the campaign unlocks Imperial Onslaught Quests, the main rewards of which are Whetstones and miscellaneous crafting materials, such as weapon-specific Imprints. Dojos also become available to build at this time. 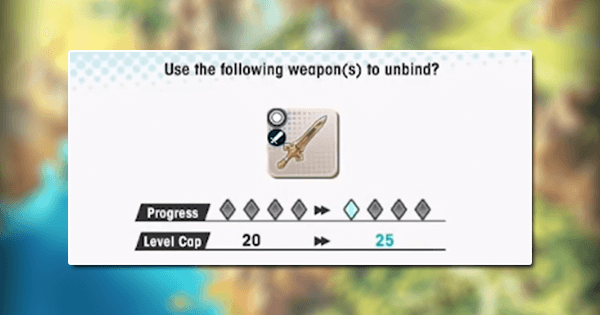 The first step to creating a strong weapon is Unbinding, which increases the maximum level cap. Each weapon can be Unbound up to four times, indicated by the rainbow-filled diamonds in its thumbnail.

Materials for Unbinding are usually duplicates of that weapon - thus a fully Unbound weapon will require four additional copies. 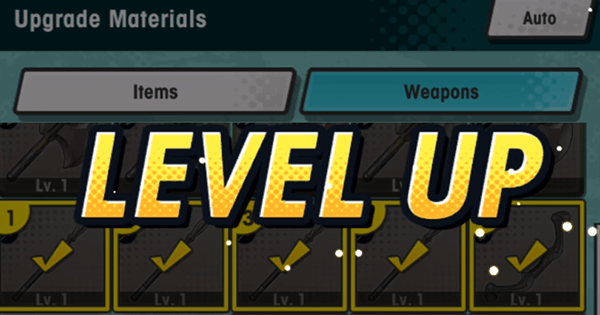 Whetstones are the default upgrade materials for leveling weapons, separated into Bronze, Silver, and Gold tiers. Players are encouraged to buy out the shop’s daily three Gold Whetstones, as these will go a long way in leveling multiple weapon types across several characters and teams. Even players who swap out their strongest weapons of each type will need multiple to upgrade into elemental versions, so these materials will go a long way.

Do note that other weapons can be used in lieu of Whetstones for leveling purposes, giving players a great way to empty their inventories at the same time. One restriction is that an item’s duplicate cannot be used as fodder for its own Upgrade, probably as a safeguard against feeding Unbinding ammo. For example, Thief’s Dagger cannot be used to raise the level of another Thief’s Dagger.

Once a weapon is fully unbound and leveled up, it can be Enhanced. 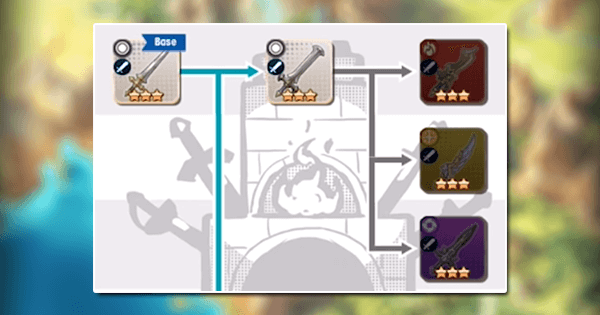 Every weapon’s vanilla form is skilless. Depending on the element of choice, a weapon can fork into 2 non-elemental forms, each with their own active skill. It’s a good idea to have already decided which element to aim for, as initial enhancements lock a weapon into a group of elements.

When upgraded into an elemental form, the weapon will obtain a corresponding elemental version of its previous skill.

Take into account that Enhancing a weapon to its elemental form has a higher Smithy Lv. requirement than for crafting its base form:

Caution: Before attempting to make an elemental weapon! After Enhancing a weapon’s vanilla form, the Unbinding process must be repeated for the non-elemental skilled base weapon, needing a grand total of 25 copies of a vanilla weapon to be completely prepared for an elemental form. This inevitably makes creating an elemental 5* weapon a colossal undertaking, though Unbinding materials other than duplicate weapons have been mentioned in-game.

Important to note: A 3* elemental weapon and a 4* vanilla weapon have almost identical stats at Lv. 1. For the sake of early game Might boosts, max level vanilla weapons at 3* will be enough to reach around the 5000 Might mark, after which other Might sources are more cost effective. We recommend holding off on pursuing elemental weapons until 4* crafting becomes available. 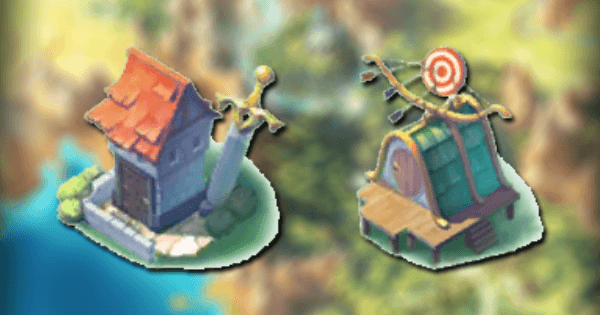 Each weapon type has their own dojo, and boosts begin at +3% for HP and Strength, similar to Elemental Altars.

Dojos are unlocked by completing Chapter 6 of the Campaign and participating in the Imperial Onslaught event. Through this event, players acquire Dyrenell Aes, a currency which can be used to buy the construction rights. Due to their substantial buffs, they are a priority investment once obtainable. Upgrading Dojos costs Dyrenell Aes, Argenteus and Weapon Tablets.