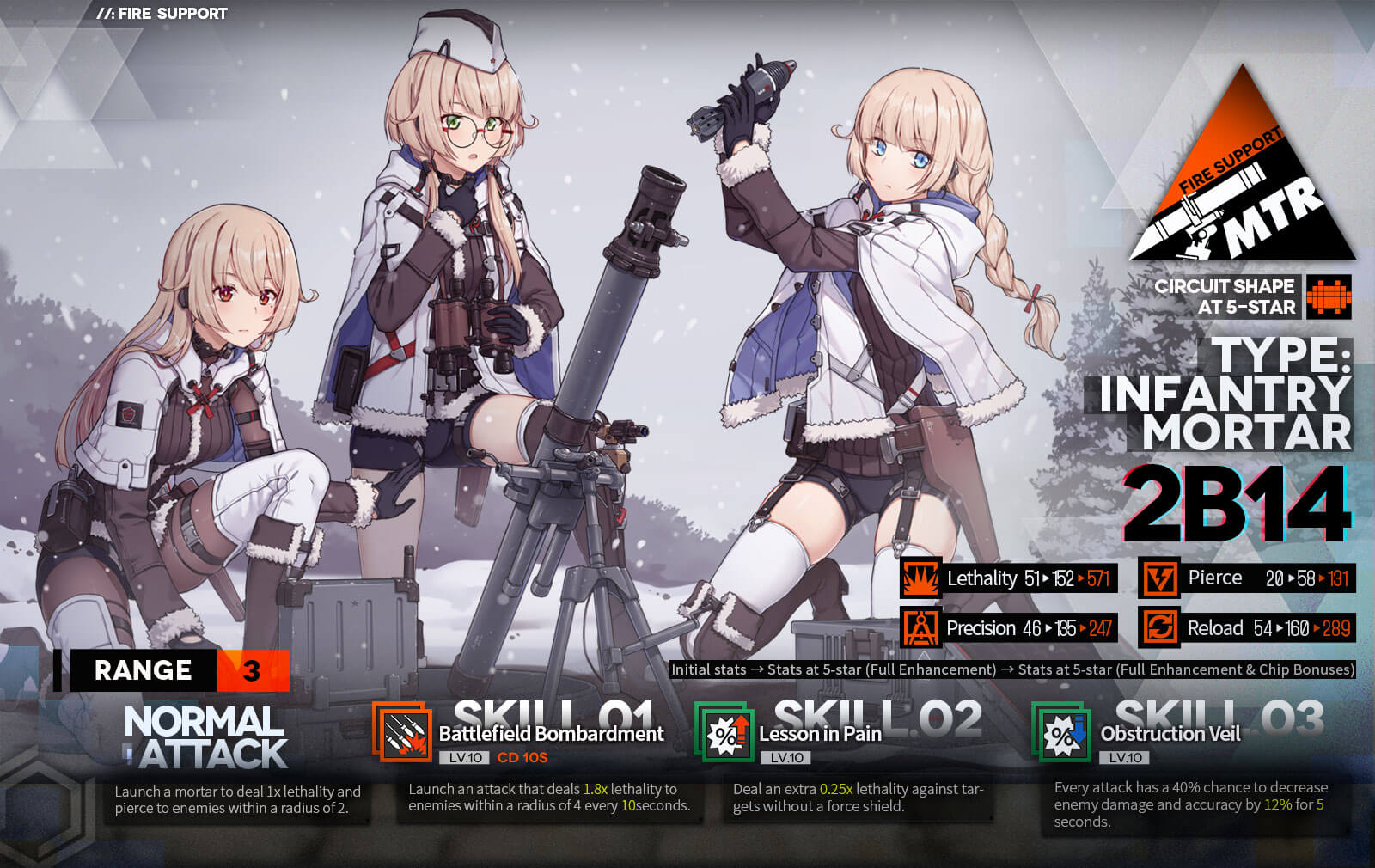 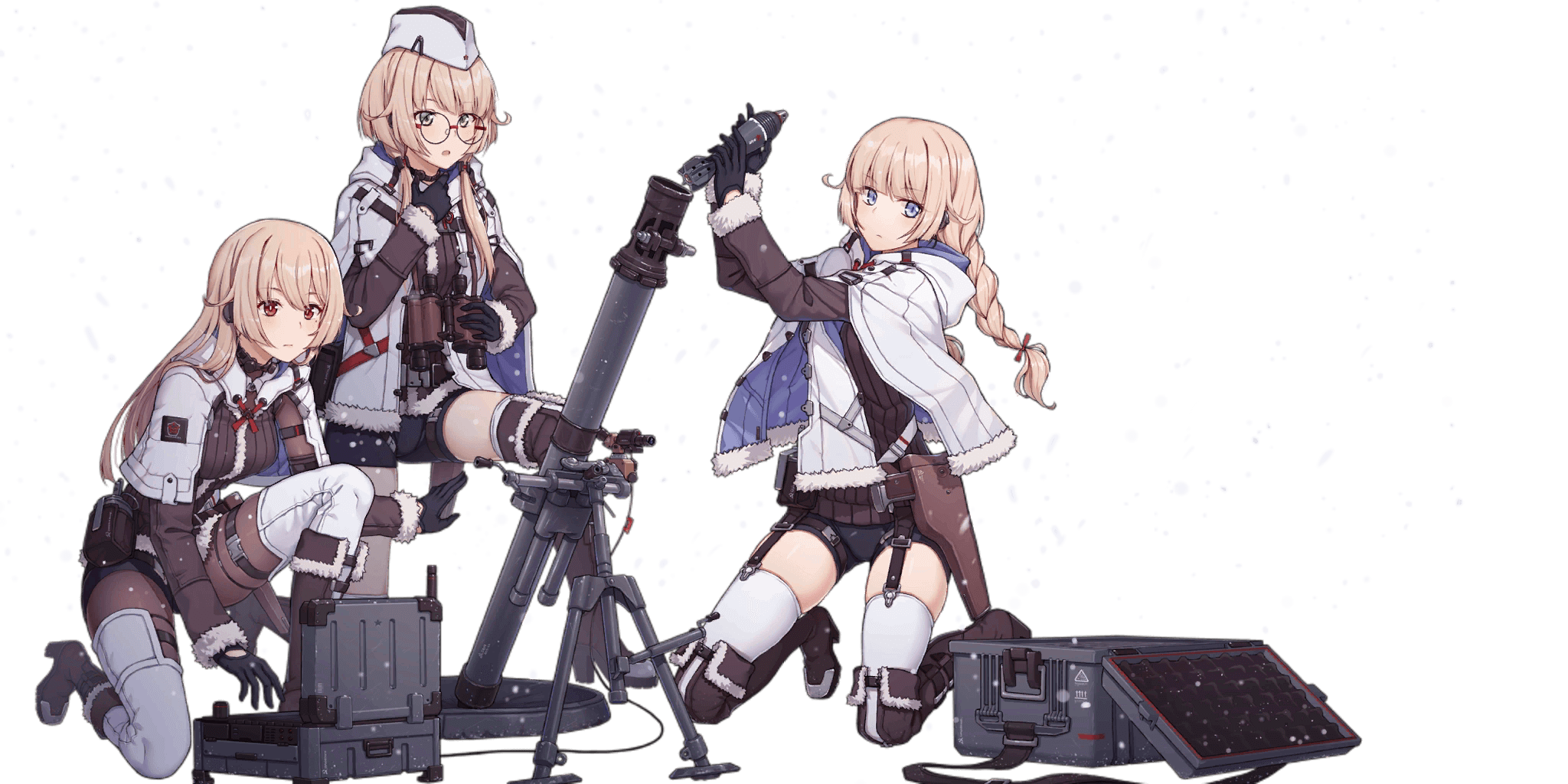 2B14 is one of the three starter Heavy Ordnance Corps (HOC) units available to the Commander. Her most important stat is Lethality.

Unlike the two other starter HOCs, 2B14's niche lies with direct unit damage and debuffing, with a skillset that effectively leverages her extremely high Lethality stat to rain down death from above. Enemies that survive her attacks will be further debuffed, further weakening them for easy pickings by the Commander's T-Doll echelon.

When 2B14 reaches her full potential, her Battlefield Bombardment can hit enemies in a radius of 4 for far more damage than an Airstrike Fairy, repeatedly over the course of a battle.

While 2B14 has a range of 3 just like AGS-30, 2B14's low Pierce stat makes her unsuited for breaking Force Shields or damaging enemy structures.

2B14 is a Heavy Ordnance Corps unit unlike either of the two other release HOCs; while her low Pierce stat means she's no good at destroying Force Shields or enemy structures, 2B14 brings to the table an incredibly high Lethality stat that cements her role as a carpet-bombing AoE damage dealer.

At maximum Lethality, 2B14 can deal well over 1,000 AoE damage in a massive radius of 4, even faster than an Airstrike Fairy.

When the player is done raising BGM-71 to Level 60 and wants to try out 2B14, she can be raised to level 40 then 60 so that she can equip 5★ Chips to raise her most important stat, Lethality.

Each of 2B14's regular shots is a single mortar hit dealing 1x Lethality and Pierce in a 2 radius AoE. This is a larger radius than both BGM-71 and AGS-30.

True to her niche, 2B14 prioritizes the most densely-packed area, increasing the odds that she'll hit as many enemies as possible every shot.

2B14 will mostly see use when the player needs AoE support to reduce enemy attrition; when properly raised, 2B14 can downright cripple densely-packed enemy formations as soon as the battle starts, making the encounter much easier to survive.

2B14 in the video shown is at less than half of her maximum damage potential.

The 2B14 Podnos is a mortar manufactured by the Soviet Union since 1983 and has seen use in armed conflicts around the world even after dissolution of the USSR. It is capable of firing at up to 30 rounds per minute.