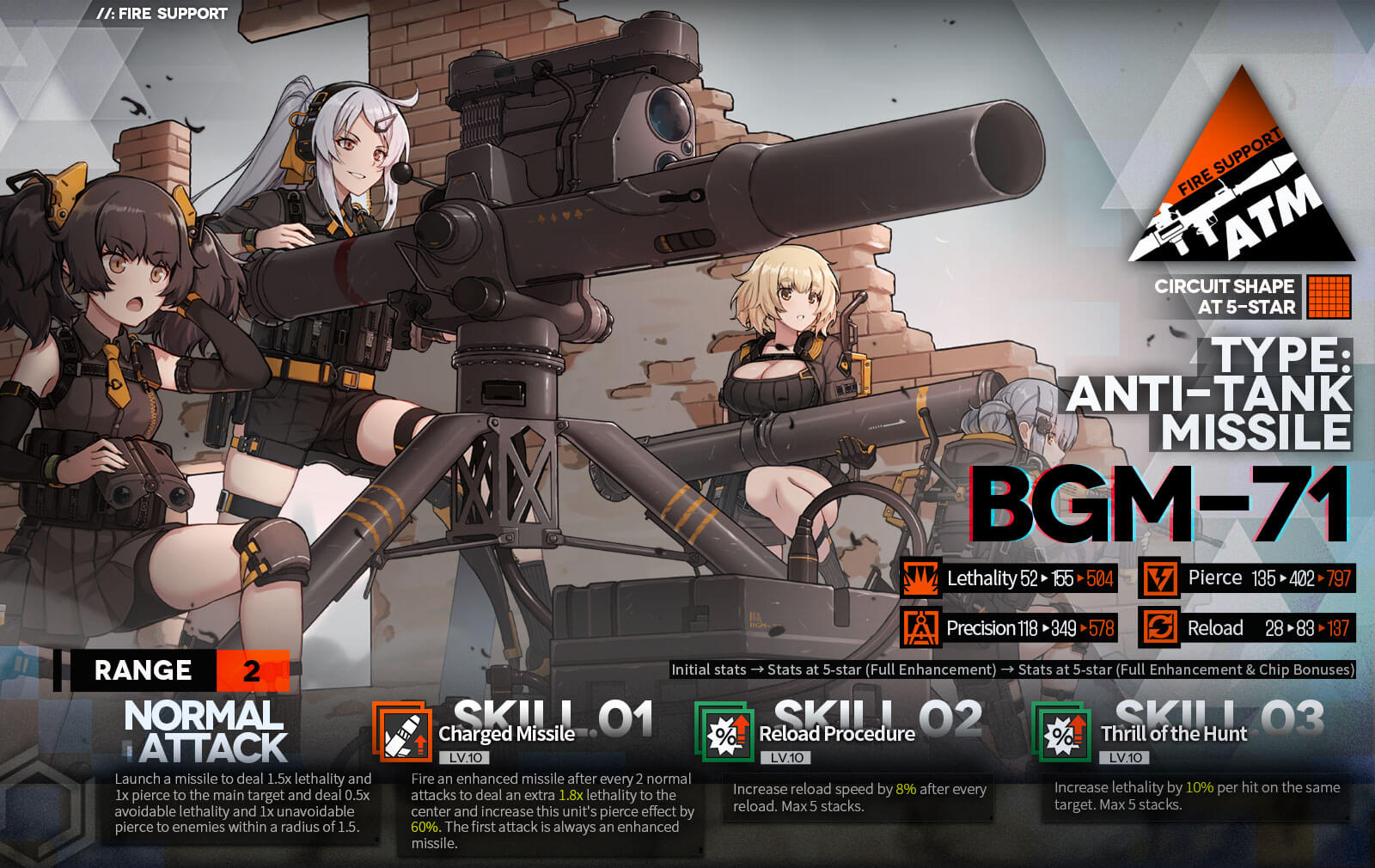 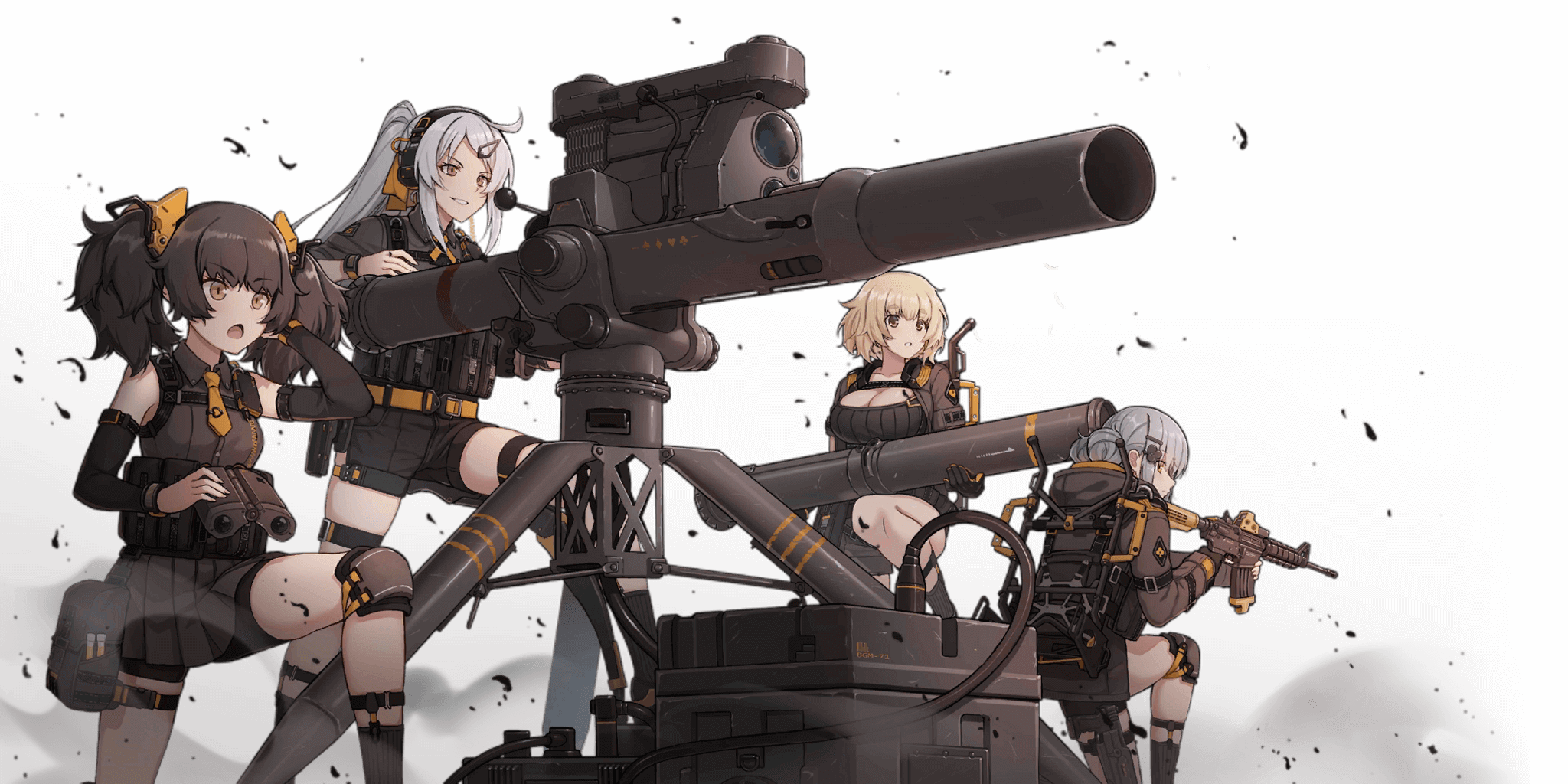 BGM-71 is one of the three starter Heavy Ordnance Corps (HOC) units available to the Commander. Her most important stat is Pierce and she prioritizes enemies with the most Shielding.

An achievement for performing Data Analysis once with Original Samples will immediately grant the player 5 copies of BGM-71, unlocking her for usage.

The extremely high Pierce stat of BGM-71 makes her ideal for breaking enemy Force Shields. Since Pierce value is also used to determine damage dealt by player HOCs to enemy structures, BGM-71 also performs well at demolishing enemy structures, so long as her lower range of 2 tiles isn't an issue.

Because BGM-71 excels at two of the three main niches HOC units fill, she is the highest priority HOC to Skill Train and level.

BGM-71 is the strongest HOC for hard countering enemy Force Shields, and should be raised to level 40 then 60 (as soon as the player finishes upgrading the Training Range to Level 10) so that BGM-71 can equip 5★ Chips to raise her most important stat, Pierce.

Since BGM-71's first shot is always a Charged Missile that deals up to 1.8x Lethality and she prioritizes the most shielded target, this can instantly neutralize force shields on the most threatening enemies and makes BGM-71 invaluable for fights against enemy factions that frequently deploy shielded enemies.

Players should prioritize Chips with high Pierce when equipping BGM-71.

After Pierce is maxed, investing in Reload can help BGM-71 land subsequent hits faster in fights with multiple shielded enemies.

Lethality and Precision are less important (especially since the Pierce force shield damage cannot miss) but can be increased if the player is able to do so with minimal opportunity cost.

Since the player will be rearranging the Circuit Board each time BGM-71 increases in rarity, it's not necessary to rotate (calibrate) Chips until she reaches 5★ rarity. It is nevertheless relatively safe to enhance Chips (even low rarity chips) so long as the enhancement fodder is of the same color, since you can simply feed your enhanced chips to better chips and have most of the stored EXP (80% of its accumulated EXP) carry over.

The BGM-71 TOW ("Tube-launched, Optically tracked, Wire-guided") is an American-made anti-tank missile first produced in the 70s. It's seen use in numerous wars across the world and is widely fielded even today.