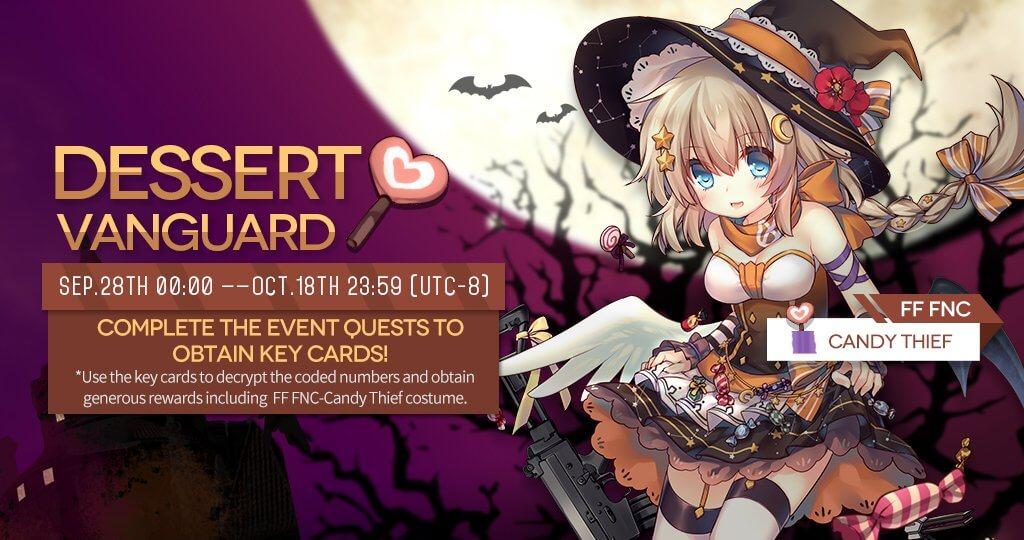 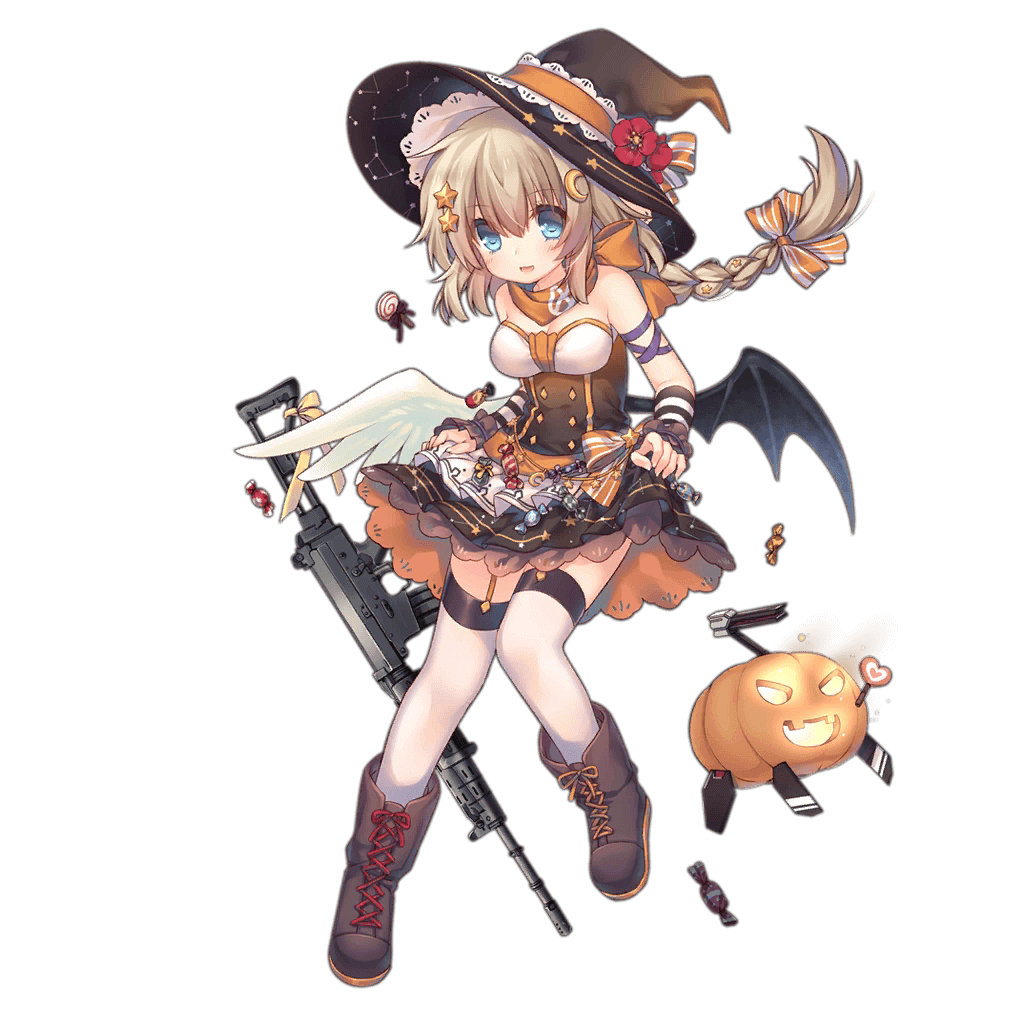 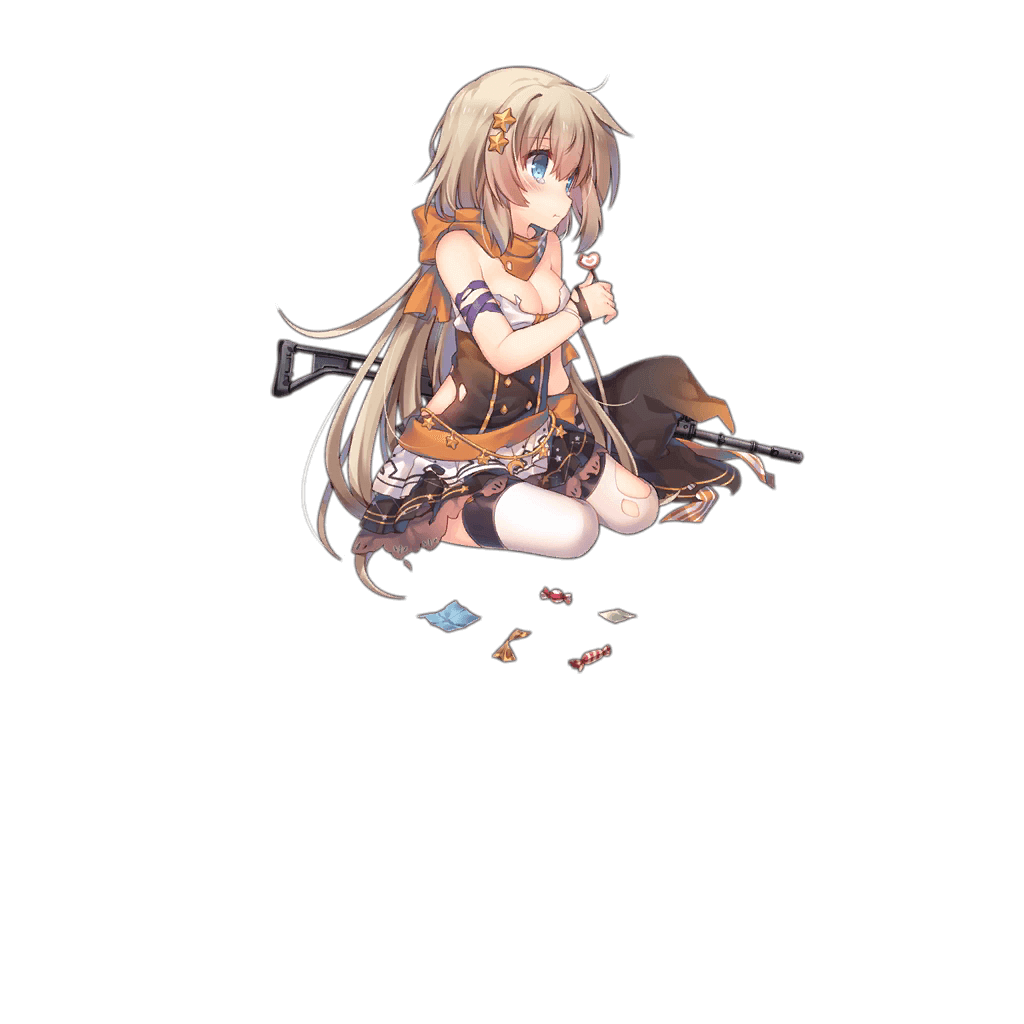 What is a Keycard Event?

A Key Card Event is also known informally as “bingo” in the GFL EN community, for reasons that will become abundantly clear in a moment. Here’s a snapshot of the event page from one of EN’s previous Key Card events: 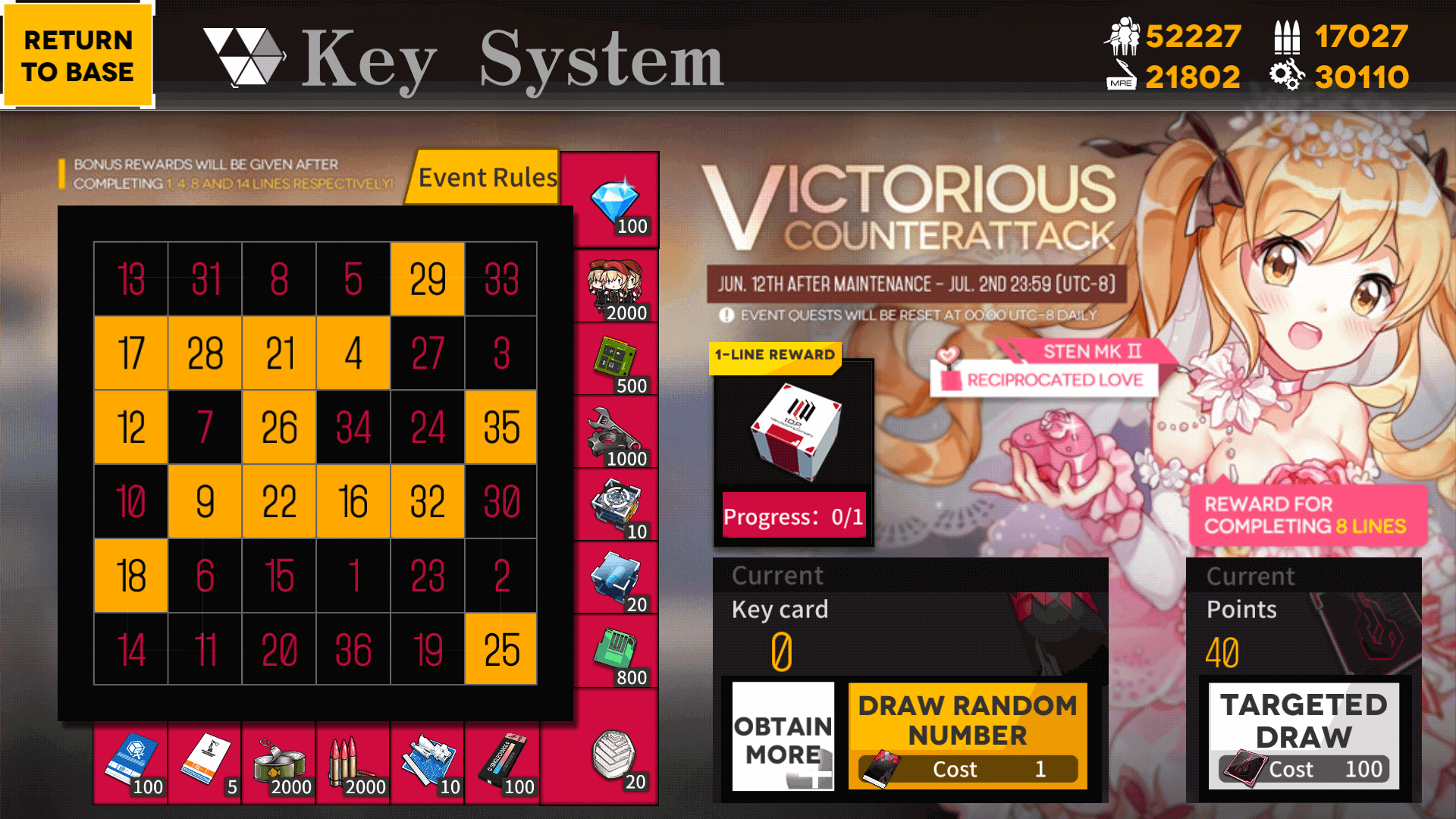 The event board consists of a 6x6 square containing the numbers 1-36, randomly distributed for each player. When all six numbers in a row, column, or diagonal have been filled in, the corresponding reward on that line is earned.

Additional milestone reward packages can be claimed after completing 1, 4, 8, and 14 lines. Assuming rewards are similar to the last Key Card event, they will be as follows:

Each day, all players receive 6 randomly-generated missions, with the option of unlocking 3 more once the first 6 have been completed for a total of up to 9 missions per day.

Assuming the quest pool remains the same as the last two bingo events, they will be randomly selected each day from any of the available missions listed below. The missions have been grouped by type for convenience:

Missions do not retroactively count your actions performed! Therefore, it is recommended to look at and complete the first 6 missions each day ASAP before doing the actions that are limited per day, to avoid leaving certain missions like “Collecting Friend Batteries”, “Collecting Hearts”, or “Ambassador of Likes” in an uncompletable state.

Is completing the entire board possible?

This Key Card event lasts 21 days, with each day allowing a maximum of 9 Key Cards from missions to be obtained.

Assuming no missions are missed, this is a total of 21 * 9 = 189 random draws plus at least 15 targeted draws from duplicate numbers, making it all but certain that diligent commanders will be able to fill in all 36 squares.

Commanders new to Girls’ Frontline may not be able to complete all 9 missions each day, so they will have a slightly harder time completing the entire board. Nevertheless, by saving their targeted draws and completing as many missions as possible, even new commanders will complete the 8 lines needed for FNC’s costume, and have a decent shot at filling in the entire board.

How can I optimize my draws?

Since using a targeted draw increases the chance that the next random draw will land on a duplicate, it is recommended to avoid targeted draws altogether until you have enough points to fill the entire board in one go. 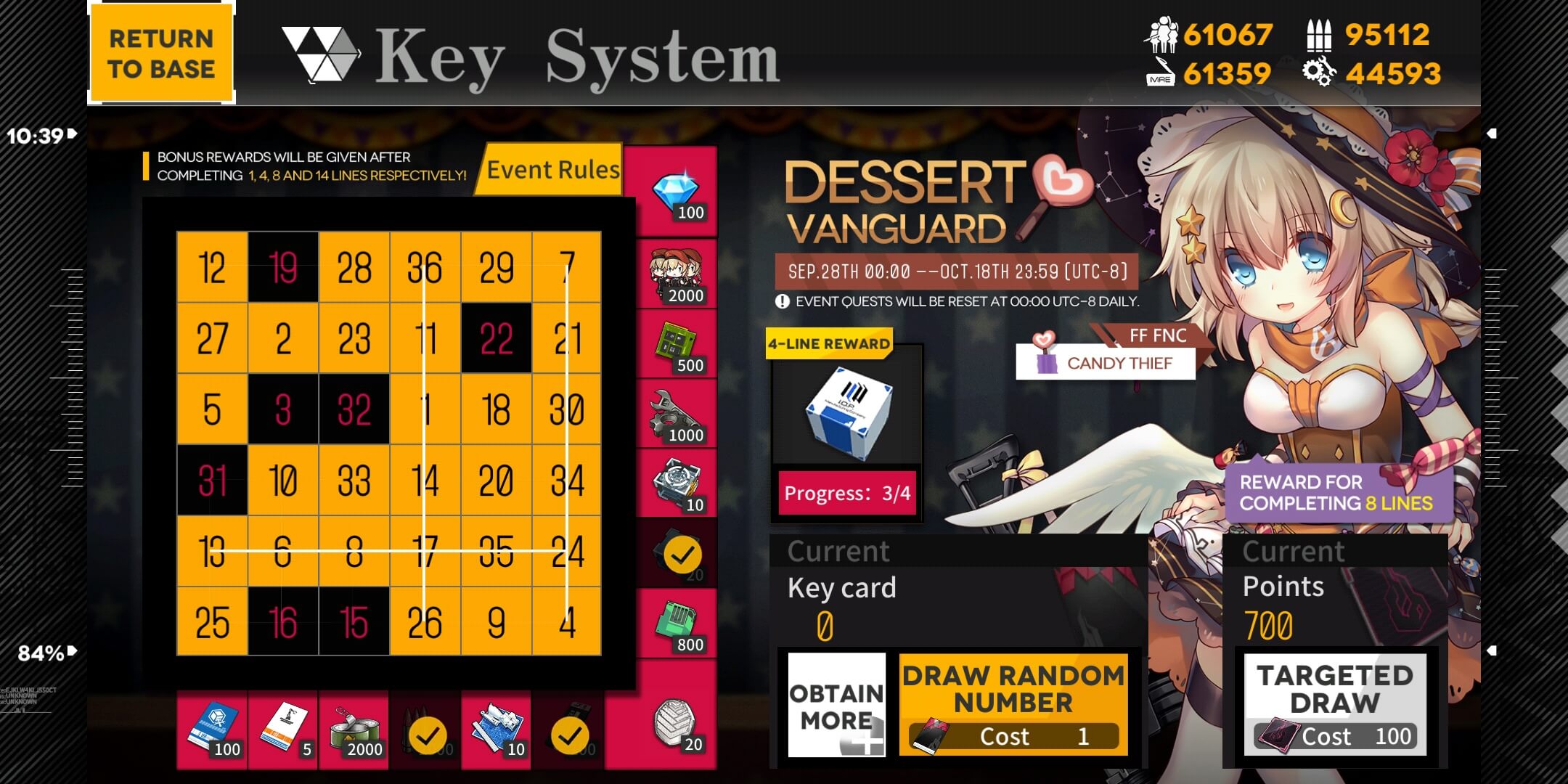 This will not only grant the earliest possible 14-line bonus, but also allow the maximum number of Key Cards to be saved. (Key Cards are converted to calibration tickets at a 1:5 ratio after the event is over, while points are wasted.)